London-based interior designers and new contributors for the Gay Times, Jordan Cluroe and Russell Whitehead, aka 2 Lovely Gays, involve their Dachshund Buckley in everything they do. Here they reveal how it was love at first site when they met Buckley and how he loves to dance to their singing. 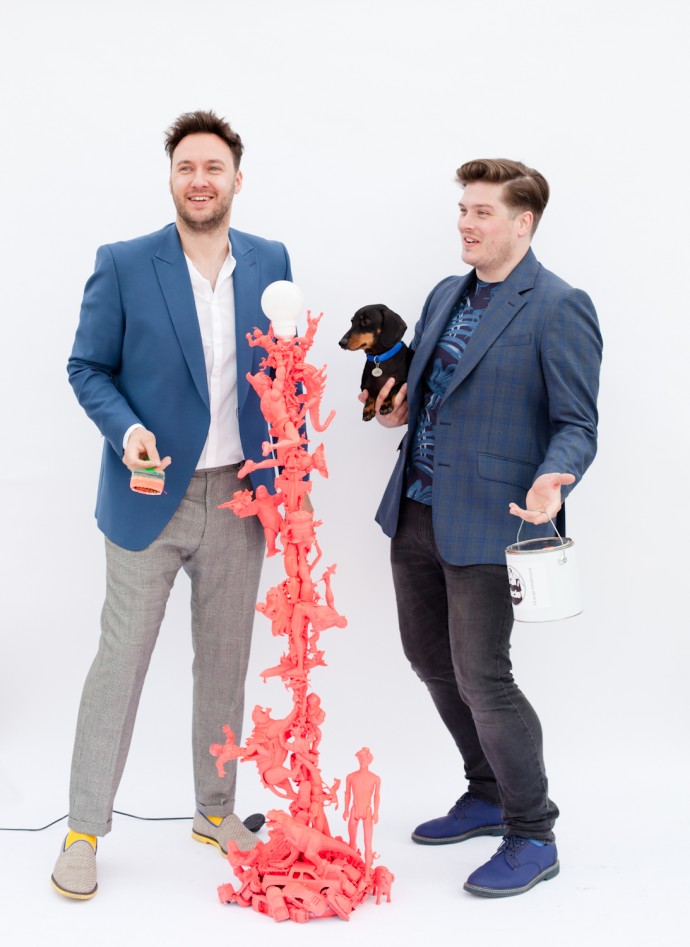 Lots of exciting projects. We are working on two entire house renovations that are very exciting along with several other apartment projects. We have also just brought a detached Victorian villa that needs a lot of TLC! It’s going to be a major project for us, we are really going to push the boundaries of design on this one.

Buckley is a miniature Dachshund. His official pedigree name is Buckley Summertime Song (although to us he is Buckley the wonder dog!) Dachshunds have been our family breed of choice for several generations and we wanted to keep up the tradition. Although we went for a mini to fit in with our London life. We love the big personality of Dachshunds.

How do your friends get on with him?

Buckley doesn’t seem to like the ladies very much, which is awkward since most of our friends are female. He is incredibly loyal to us and he is not too keen on anyone else getting our attention. 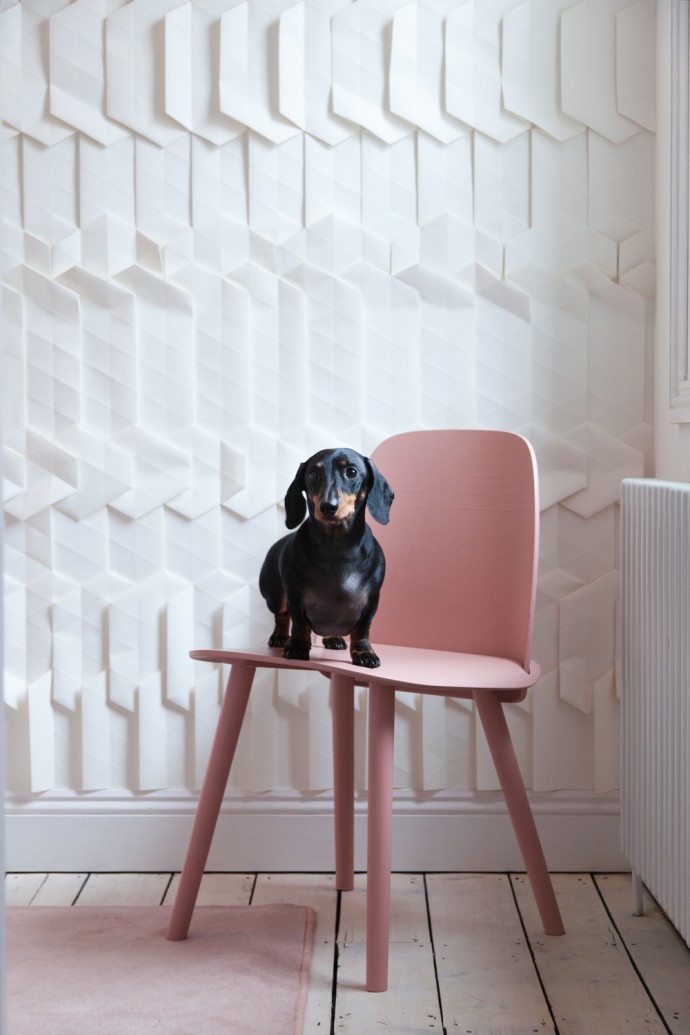 We picked Buckley up from his breeder when he was 8 weeks old. It was important to us to go to a registered breeder and to see him with his mother and his siblings. It was love at first sight. In the beginning he was so small it was rather like living with a free roaming hamster and we were terrified of treading on him.

We work a lot from our studio at home, so you could say he comes to work with us most days. When we have site visits or client meetings we tend not to take him with us, as he likes to be the centre of attention. One time we had a dog loving pair of clients who were desperate to meet Buckley and after much persuasion we took him with us to visit the site and meet them. He promptly walked in and did a wee on their carpet. Thankfully they were very understanding and the carpet was being replaced after the build anyway.

He is very important to us, we can’t imagine the house without him in it. It’s when we get home and he greets us at the door, or when we finish work and cuddle on the sofa and he gets right in the middle. Dogs are the best.

What do you love about him?

We sing him songs because he loves it and does a little excited dance. He is a very affectionate soul and if he gives one of us a cuddle he makes sure he gets up and gives the other one too. He likes to share the love around. 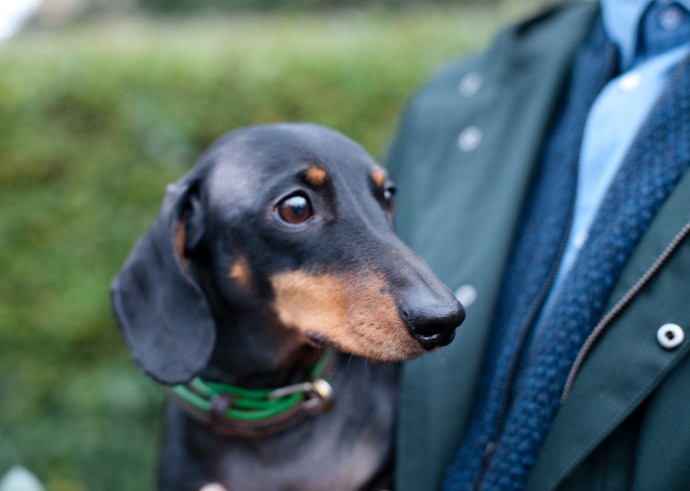 We rarely go on holiday. Most of our travel is for work so he goes to his grandparents. They have recently lost their Dachshund, Jack, who was Buckley’s best friend, so they love to have him.

Does he have any funny ways?

If we are on the phone or at the computer in the studio, he barks for attention or brings his ball for a game. He likes to try to distract us from work. After he has had his breakfast and a run around the garden, he likes to go back to bed, our bed. So he often takes himself upstairs and cries for us to lift him into the bed, where he has a snooze.

We feel very strongly about pet welfare and all animal welfare. The cruelty that humans inflict on animals is horrific and something that we wish didn’t exist. It is unbearable to think that Dog fighting, for example, still happens. It’s barbaric and has to stop.

Do you have any favourite restaurants or cafes that you take Buckley to?

We like to take him with us as much as possible. It is very frustrating when certain pubs and restaurants won’t allow dogs and we tend to give them a miss. Buckley particularly loves to come to our coffee shop, St David Coffee House, as he feels like it’s his territory and he sits on our lap by the counter watching people come in, quietly growling at the ones he’s not sure about. He loves the bacon sandwiches.

Where are Buckley’s favourite parks?

He has a dog walker who takes him to the local park in Forest Hill if we are out for the day. He loves his walker and tells us all about it when we get back.

Madeleine Spencer talks to us about her rescue Beagle Pointer cross and how he’s settling in.

We chat to Marie Carter, Editor and Publisher of Pets Magazine, about why she loves Cavalier King Charles Spaniels.