A puppy called Derby – who was born with deformities in his front legs – has had his life turned around after being fitted with a pair of 3D printed prosthetic legs.

After being born with small forelegs and no front paws in August 2013 – Derby’s original owners were at a loss of how to care for him and considered taking him to a shelter to be euthanized.

Luckily, Derby was taken in by Peace and Paws Dog Rescue – a non-profit rescue centre – and was fostered by Tara Anderson who works at 3D printing company, 3D Systems.

Derby was initially fitted with a cart to allow him some mobility, however Tara had realised he was a high energy dog that needed to run and play more freely. 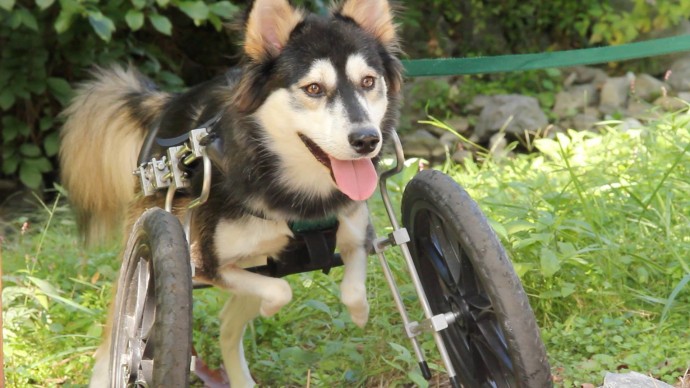 With the help of some of her work colleagues, Tara began to design a set of prosthetics for Derby. After a few experimentations, Tara and her team created the ‘elbow cups’ – and in November this year Derby tried out his new limbs for the first time. 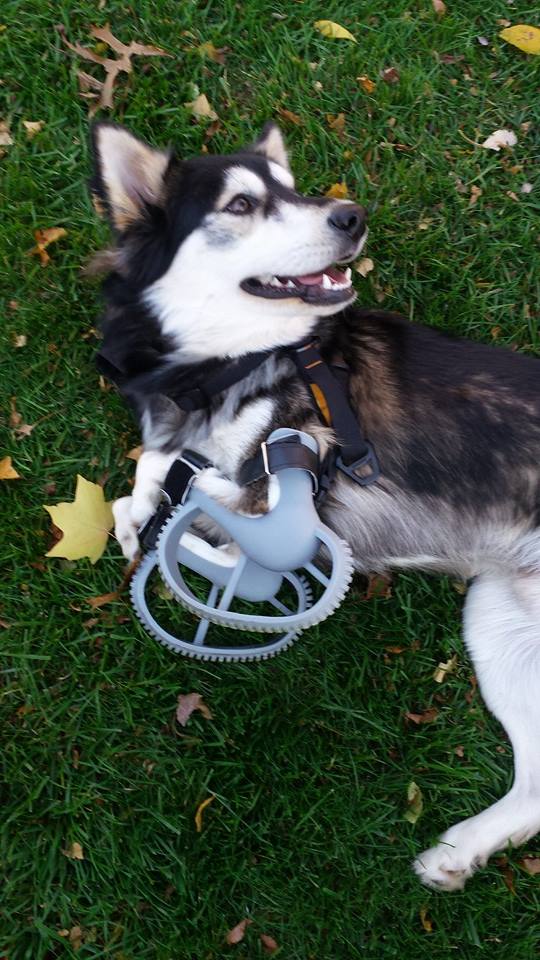 Derby took to the prosthetics immediately and can now run two to three miles a day with his new adoptive family. 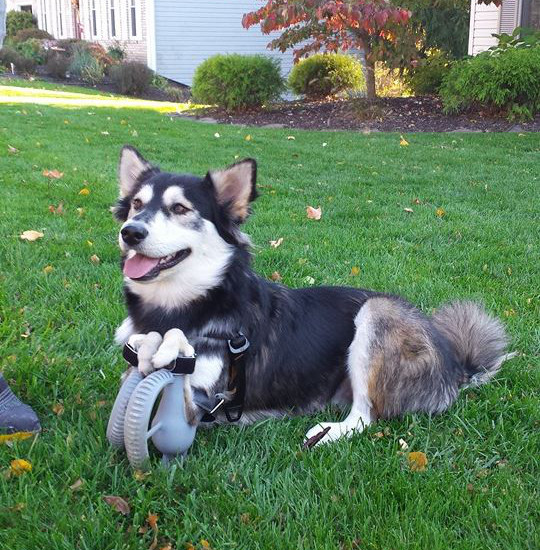 Tara now hopes that this technology will help other dogs born with deformities or suffered loss of limbs from an accident live a happy and fulfilling life.