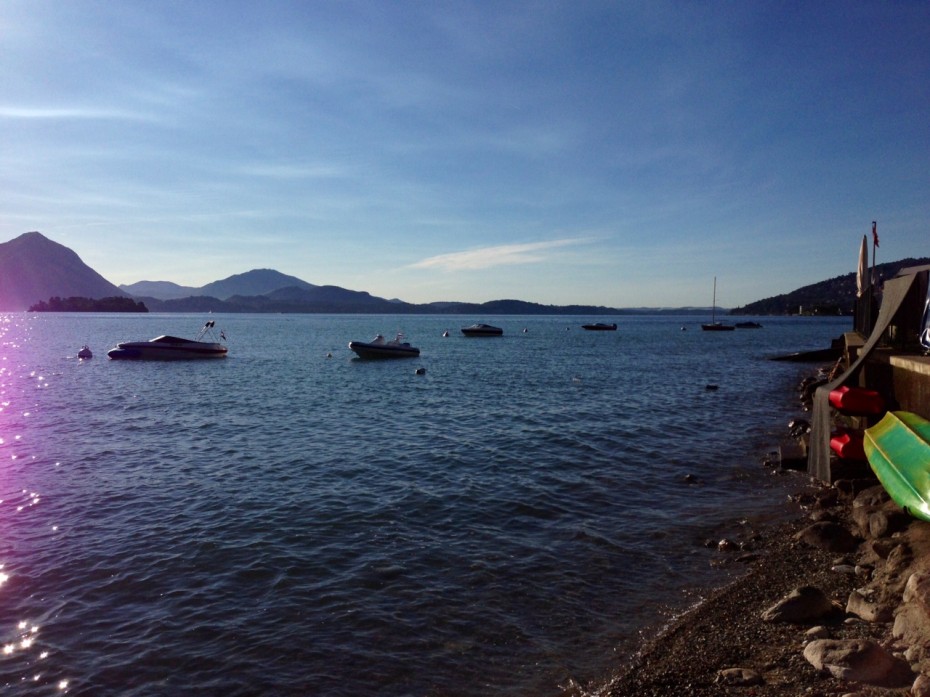 The view of Lake Maggiore from Camping Parisi in Baveno

Heading north from Provence, our next night’s stay, we hit a bad traffic jam on the autoroute. This normally wouldn’t matter on this trip, where most days we don’t have any planned destination, but on this particular day we have a special appointment to keep: a gig in Switzerland by Rufus Wainwright.

We love Rufus’s performances so much that we’ve seen him in Oxford, Manhattan, Brooklyn, the Royal Opera House in London and Glastonbury festival (twice). We love his music so much that we named our eldest terrier after him.

The traffic gets worse, coming to a standstill several times, and crawling along when it’s not entirely stationary. Never mind, we think, we’ve left plenty of time to get to Montreux, where we are meeting our fellow gig-goers and leaving the dogs in the care of a dogsitter before heading on to the gig in Verbier. But once we are through the very heavy traffic and approaching the Swiss border, the weather begins to turn nasty. First rain and the odd flash of lightning, then, just after Geneva, we end up driving through the heart of the thunderstorm.

Pea-sized hailstones start pinging off the bonnet, windscreen and roofbox. Never mind, we think, we can carry on driving through this, and are pleased when the hail stops. Then a few minutes later it starts again, only this time worse. There are fewer hailstones hitting the car, but this time they are the size of large ice cubes, and when they hit the windscreen we fear that it is going to crack.

People start parking their cars under bridges, not just on the hard shoulder but in the  main lanes of the motorway. Heidi, terrified, shivers in Denise’s arms, while Rufus just curls up in a basket in the back seat and tries to ignore the storm. We pull over behind another car, managing to shield only the bonnet and windscreen under the bridge we are sharing as shelter.

Then the storm eases a little, the hail stops, and we set off again, slowly, through the heavy rain. We reach Montreux at 6.35pm (about two-and-a-half hours later than planned), get the dogs settled, pick up some food and hit the road for Verbier at about seven. The gig is at eight and the journey usually takes an hour… and we don’t know where we can park when we get there…

On the way, the reserve fuel light begins to flash. We’d intended to refill on the way from Provence, but the traffic and weather delays meant we didn’t have time to stop. Would our reserve carry us 70km? Climbing up a mountain? We were about to find out… 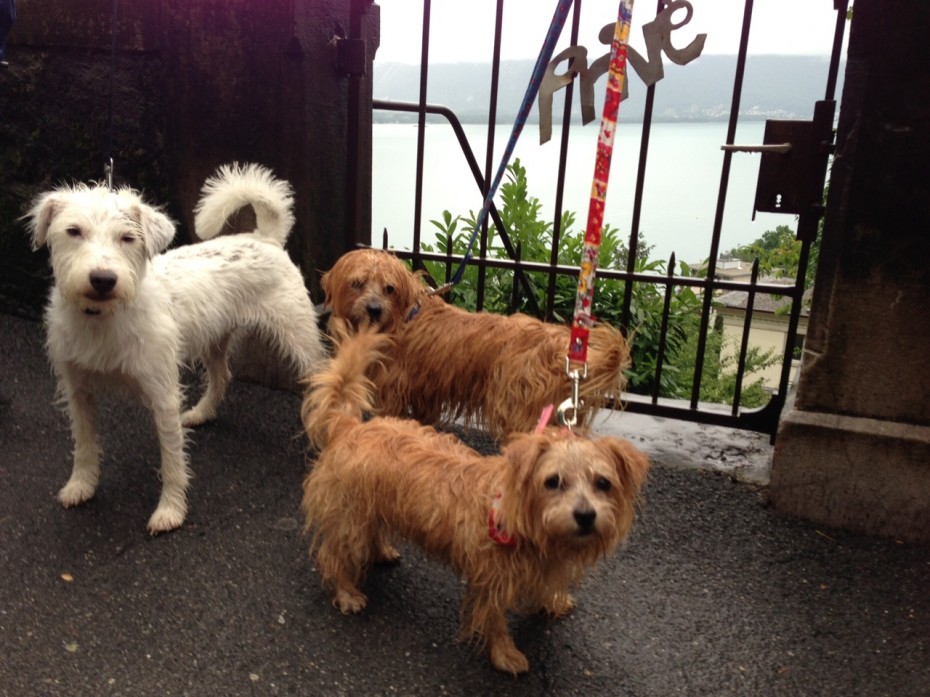 As it turns out, the fuel lasts out, we get there in record time, and Rufus delivers another great performance. We enjoy the drive back down the hill and stay with friends in Montreux.

The next morning we go for a walk with our friends’ new Parson Russell Terrier – a lovely two-year-old dog called Wilson who’s only been living with them for a couple of weeks. The three terriers get on very well, and seem relieved to be out in the rain after the previous days’ very hot weather.

Then it’s time to leave again, and we head through the rain and the Simplon pass to Baveno, where we find a lovely compact campsite by Lake Maggiore, Camping Parisi. After pitching our full-size tent for the first time (back in Île de Ré we’d used our backup, a pop-up tent), we take the dogs out and have a fabulous dinner at the La Posta Restaurant. We can recommend the cannelloni stuffed with swordfish, served with tomatoes, olives and tomato sauce, the perch fillets, the homemade ravioli stuffed with cheese and beetroot, and the lavaret (a typical fish from the lake).

Back at the tent, the dogs settle quickly – Rufus curled up in a basket at the foot of our bed, and Heidi snuggled up alongside us in our sleeping bag. Let’s hope she doesn’t have nightmares about that storm back in Switzerland…

Tomorrow we’re planning to head for Lake Como, and then perhaps down to the Ligurian coast.

• Have you got any suggestions for what Rufus & Heidi (and Denise & Rory) should do in Italy, which they’ll be touring for the next week or so? Tweet us your travel tips @PetsPyjamas with the hashtag #PPJterriersontour for a chance to win £250 to spend on you and your pet on PetsPyjamas.com (click here for more details and terms & conditions). 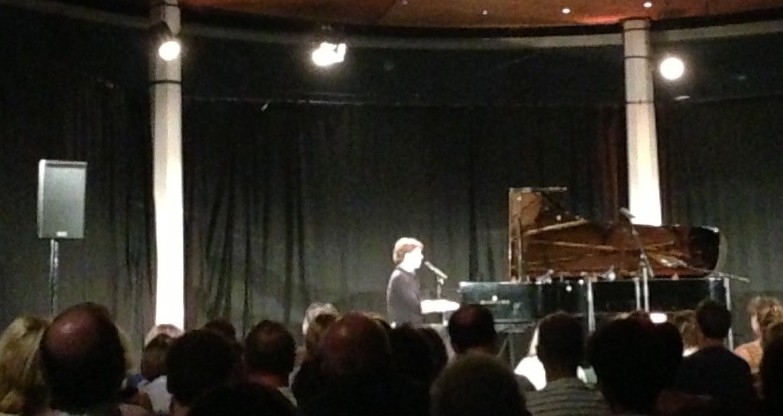 Hallelujah! We made it to the Rufus Wainwright gig in Verbier (he’s the blur at the piano) 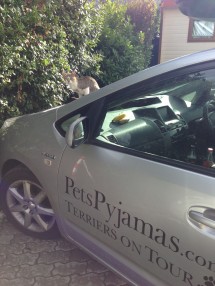 Travel anxiety is common in dogs and can occur for many different reasons – discover our top natural calming products.

PLAY: Top Dog-friendly Things to do in Wales

With a breath-taking coastline, endless countryside and bustling cities, Wales has it all! Here are the top things you and your canine companion can do.

Your Pet’s Passport To Summer Style

Whether you’re planning a whirlwind city trip, easy-breezy beach break or an escape to the country – dress your pet for sartorial success this summer.