Popular columnist Michele Hanson’s hilarious and fascinating book, Absolutely Barking – Adventures In Dog Ownership, is a uniquely witty insight into the British and their dogs. A book not just for dog-lovers, Michele tells PetsPyjamas about what inspired her to write it, the special powers her own dog has and her hopes for the future of all dogs… 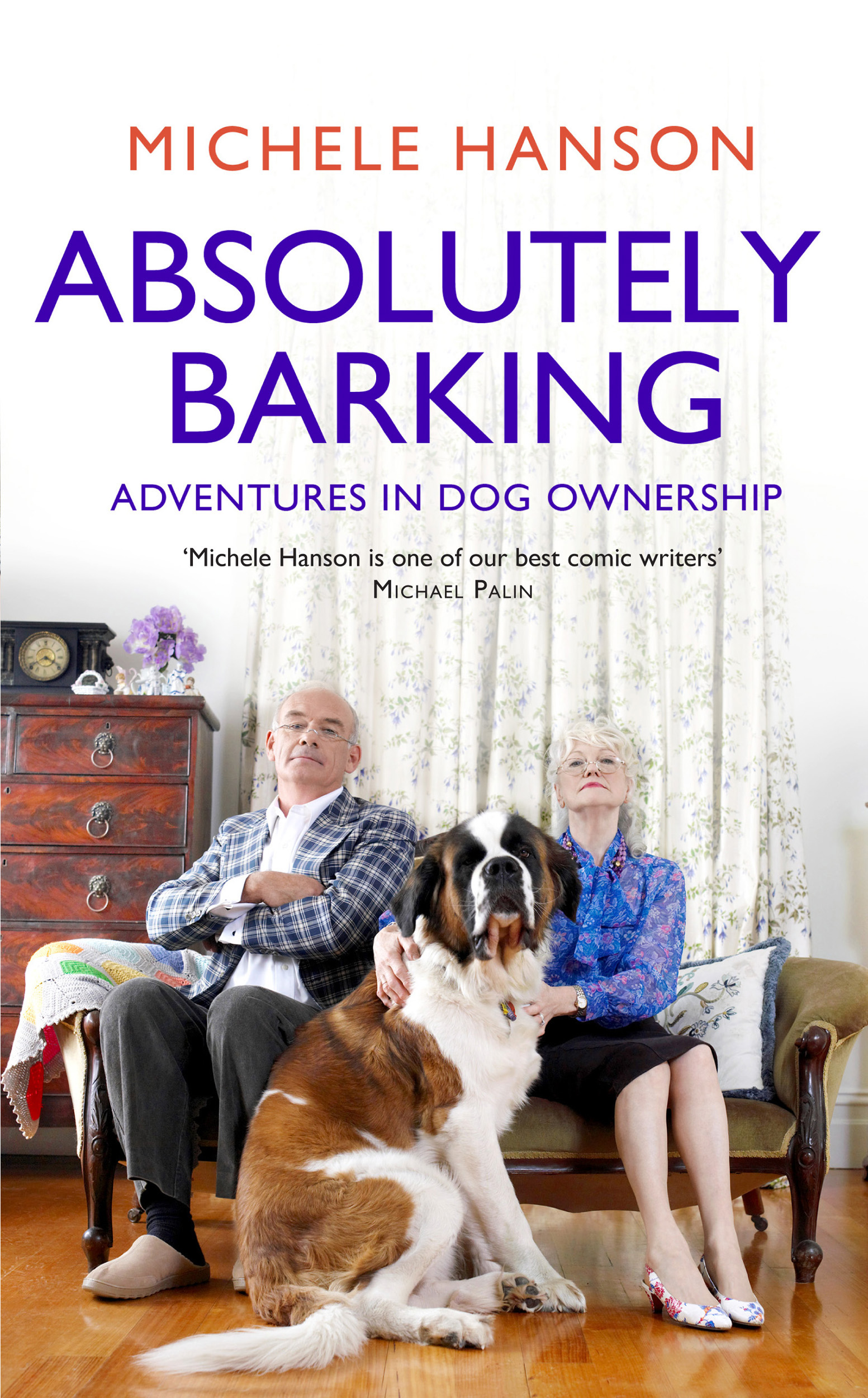 What is the name of your dog and how old is she?

Her name is Violet and she’s eight and a half.

Have you always had dogs?

My family has had dogs since I was eight, then I left home at 21 and couldn’t have my own dog until I was 43, when had my own home with a garden and a part time job. We’ve always had Boxers and I just love their faces. They’re so expressive and funny. They can laugh, I promise you, no other dog can look so glum, or appealing, and no other dog is so brilliant at begging for food. No one I know can resist them.

What made you decide to write the book?

I had a rescue Boxer dog, Lily, who was very nervous and hated pale lurchers, which made walkies and training rather difficult. Until then I’d only had perfectly behaved dogs, but having a difficult dog showed me another side of dog world: different trainers, reactions from other owners, and how complicated having a dog can be. And how bonkers some other dog owners and their ideas can be. When I started looking into it, I realised how vast and complex dog world was, how ghastly and cruel some owners and breeders are, and how wonderful and brave the rescuers can be, and how sensitive, clever and altogether wonderful dogs are, so I decided to write about it.

What is the book about?

It’s a personal journey through dog world, a look at a small part of it, because it’s so vast that it would take a stack of doorstep books to cover everything that goes on. When I started writing about dogs, I realised that I was really writing equally about people, the way they treat their dogs and relate to them and to other people.

Do you think that dogs have special powers? Does yours?

Yes I think they can do things that we don’t understand yet and that we greatly underestimate their ‘powers’. We don’t yet fully understand what they feel, how they communicate and perceive the world, or what they think of us, or whether they have senses that we don’t have. Mine can tell when someone’s upset and needs a kiss, or companionship, Violet can tell what I’m going to do in advance: going out, doing her footbath (she hates it). She knows when it’s dinner time, walk time. She knows where all my friends live and tries to go in their direction on walkies.  When my other dog Lily was still alive, they used to play hide and seek round bushes and around the house, and I know that dogs can think sequentially and make plans, although a lot of dog people absolutely will not believe it. I don’t know why.

What are the special places you like to go with your dog?

I love going to the quieter parts of Hampstead Heath, to sandy beaches when the tide’s out, to the café at Parliament Hill where all the other dog owners go. I did like the Bull and Last pub in Highgate Road, because they serve dog snacks: pigs ears and water in special white dog bowls under the table, but Violet disgraced herself in their last time and attacked a retriever, so we tend to avoid it now.

What does your dog mean to you?

A lot. She’s a friend of course, she’s a big part of my life, she structures it: walkies, dinner, rest (while I work) walkies again. She makes me get up in the morning and makes me feel safe at night. And keeps me cheerful. I woke up one morning feeling rather glum about the state of the world, death and such like, then I noticed the dogs. Lily was lying on her back on the sofa with her legs in the air, Violet was bouncing around throwing my sock in the air. How can you possibly be glum with that going on. So they make me laugh. I couldn’t live without laughing. I couldn’t bear a house without a dog in it. It would feel deathly, and I think a dog keeps me in touch with nature, which is very important, now that we live in a world of machine, concrete and glass and an ecosystem that’s going down the drain. She means the positive, wonderful side of life that we don’t appreciate enough. I hope that doesn’t sound too soppy

What is on your PetsPyjamas wishlist?

I wish that all puppy farms could be closed down. I don’t see what’s difficult about that. I wish animals were not sold online like bits of furniture. I wish the public knew how many dogs were put down every week, that the government would take all this more seriously, I wish we had more wardens to go around checking on animal welfare, bad breeders and owners. I wish most of all, but I know it will never happen, that people would stop being cruel to animals. I also wish, because she has had a lot of health problems: a metal plate in her leg, sore feet, almost  blind in one eye from and ulcer, and now she’s got an ulcer in the other eye – that Violet could be healthy for the rest of her life.

Bert Walliams-Stone’s Guide to being Glamorous

Trying to find a dog-friendly festival that both you and your furry friend will love?

We’ve sniffed out 10 of the best dog-friendly cafes in London that offer a warm doggie welcome, treats, and lots of canine friends.