Adopt a dog: Too good to be true?

In the third instalment of her blog about adopting a rescue dog, Gracia Amico, CEO of PetsPyjamas describes how quickly she has fallen for her new Lurcher Piper and how sometimes things don’t always go to plan. 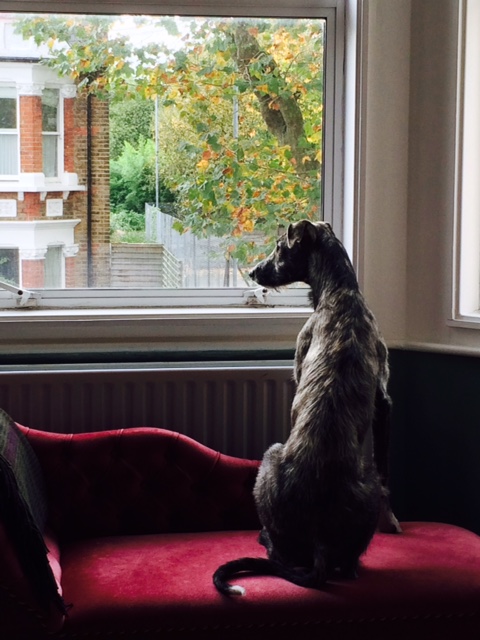 Piper checking out her new neighbourhood.

Piper has settled in so quickly and she seems thrilled with her new environment and her toys. The first few nights we blocked off the stairs so she wouldn’t follow us to bed and she whined for about thirty minutes. It was difficult to ignore but we were told it was the only way to teach her and to ensure peaceful future nights. On the third night she was calm and stayed happily in her bed until I had to wake her up in the morning! She really is a dream dog, playful, sweet, listening to basic commands, nearly house-trained and adorable. Too good to be true? Unfortunately so…

I had noticed her hopping around like a bunny. As she is only six/seven months old I thought this might be because she is a puppy and is just growing into her long limbs. However, continuing to observe her closely I started to get a bad feeling. I ended up doing a lot of research on the internet and found what I feared: It looked very similar to the symptoms of hip dysplasia. 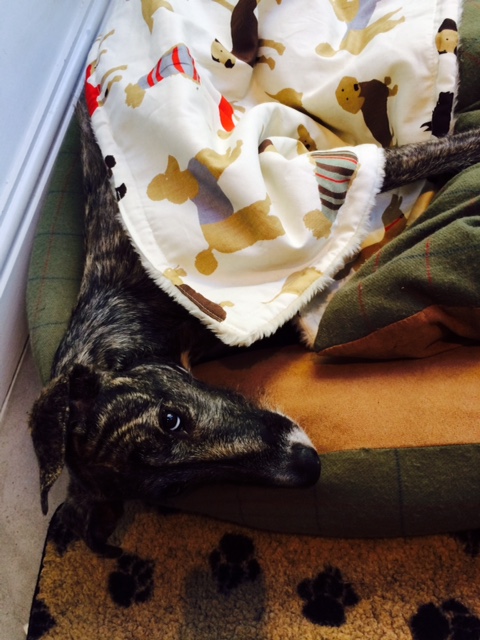 Snuggling up with her new blanket from Charley Chau at PetsPyjamas.com. Click here to buy this blanket.

We called the dogs home we rescued her from but they told us they hadn’t noticed anything strange. However, when we took her to our vet, our worst fears were confirmed. After having done x-rays she was diagnosed with severe hip dysplasia. Even though I didn’t know all the details of this condition it is fair to say I was devastated and fearful for her future. Having only just lost our beloved Steffi, I was afraid I could not cope with another loss. The alarm bells were ringing loudly in my ears as it was also clear to me that I had already fallen in love with Piper after just two weeks.

Enjoying one her favourite pastimes, playing.

Next time: Read about our dilemma with treating Piper.

Couple build bed to share with their cats and dogs

After their cheeky cats and dogs kept joining them in their bed at night, one couple decided to build a mega-bed to accommodate them all.

Dog owners are being warned of toxic palm oil that has been washed onto UK coast after three pooches die.