Holly Mash, vet and author of ‘The Holistic Dog’ and ‘The Holistic Cat’, explains how acupuncture isn’t just for humans but can be used on your pet to provide a natural form of pain relief for many conditions. 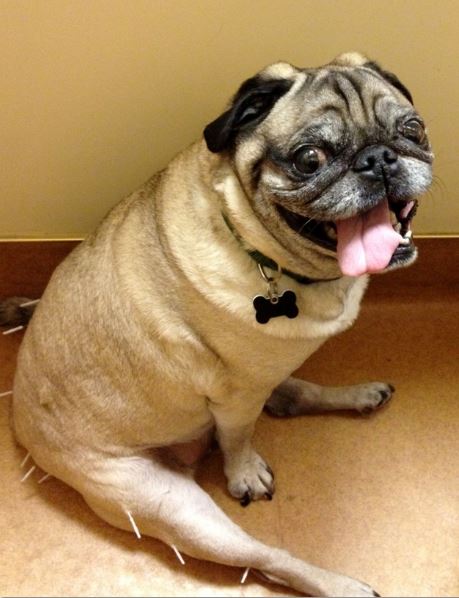 Acupuncture originated several thousand years ago in East Asia, as form of Traditional Chinese Medicine (TCM). Today it is the most commonly used form of complementary medicine used for people and is rapidly gaining popularity for pets.

Acupuncture is defined as the insertion of fine needles into specific points on the body. According to the Western understanding of acupuncture this triggers the release of a complex cascade of chemicals in the body, resulting in pain relief. Acupuncture needling has also been shown to have a regulatory effect on the pet’s nervous and hormonal systems, as well as on their circulatory, digestive and immune functions – resulting in wide ranging effects on the whole body. 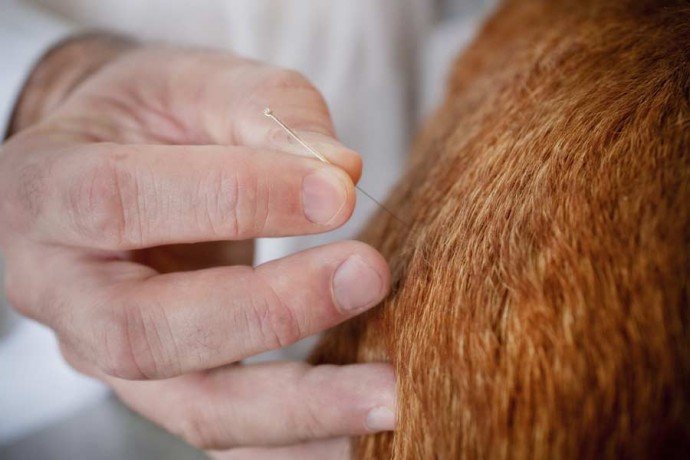 According to the principles of Traditional Chinese Medicine, health is due to the free flow of the body’s vital energy called qi (pronounced chee), through channels called meridians. Pain and disease are seen as a blockage of qi. Acupuncture is used to unblock and stimulate the flow of qi – restoring health and alleviating pain.

Acupuncture is used to provide a natural form of pain relief for many conditions, most commonly those of the musculoskeletal system such as those associated with lameness and arthritis. However, it is also helpful for pets where conventional pain killers are contraindicated and hence cannot be used.

7 steps to adopting a cat

We chat to The Mayhew Animal Home to find out their seven essential tips to responsibly adopting a cat or kitten.

Our top 10: the facts you didn’t know about dog paws

Read our favourite facts about your furry friend’s feet and find out why they’re such fascinating pieces of anatomy.

If you are planning on getting fit this new year then do it in style with your canine companion and book a stay at one of our pet-friendly fitness retreats.