A family of black cats are hoping to find a home in time for Halloween after being brought to Battersea Dogs & Cats Home in September.

Four year old mother Bella and her two year old son and daughter, Jumbo and Pingu, are looking for a quiet home together after their previous owner moved house. 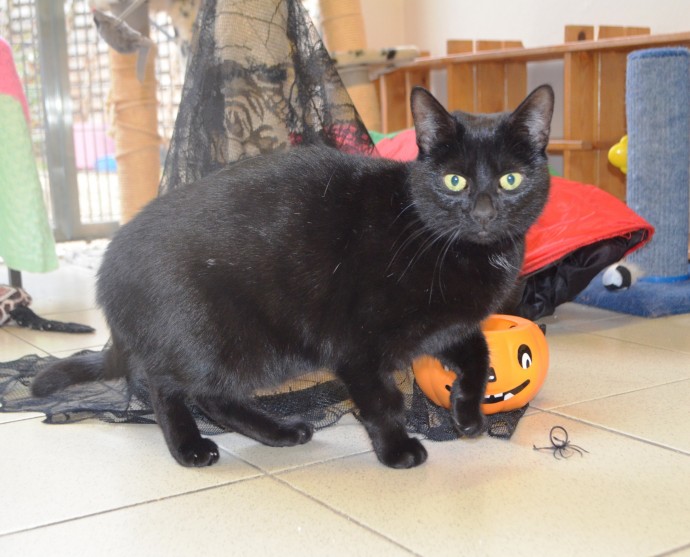 Battersea Old Windsor’s Cattery Rehomer Tamara Willis said, “This beautiful family of black cats has sadly found themselves at Battersea in Old Windsor through no fault of their own and we’re hoping, as it is Halloween, they may get a little extra attention this week. It can be hard enough rehoming black cats individually, and even though it will be a challenge rehoming three altogether, we would never separate them as they’d be too unhappy apart.” 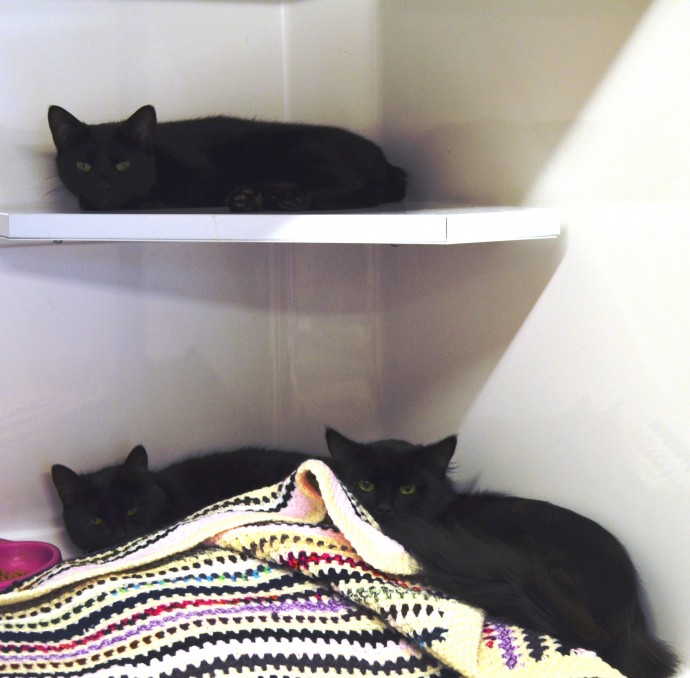 As October is Black Cat Awareness month, we’re hoping this will put Bella, Jumbo and Pingu in good stead of finding a new home. Black cats are often overlooked for their lighter-coloured feline friends – so this month aims to dispel superstitions surrounding black cats and to remind people that these felines are just as loveable as any other kitty.

The average length for cats to stay at Battersea is 25 days, however staff have found that ebony-coloured kitties are harder to rehome and stay for longer at an average length of 34 days. Over the past year, 150 black cats have been taken in at Battersea compared to 83 tabby and 36 ginger cats. Over 50% of the cats at Battersea are primarily black.

Check out why we love black cats

Whether it’s a Sunday gastro-pub lunch, a great coffee spot or a midweek supper out, it’s always so much more fun when you’re dog can come along too.

Throwback this season to the loud, flashy and fun era of the 80s! Here are 10 ways for your pet to rock the decade…

Why we do like to be beside the seaside – when Fido comes too! The seaside has always held a special place in the heart of the nation – with Victorians flocking to seaside places like Brighton and Blackpool for relaxation and wellbeing.  However, whilst The Victorians would sit in their deckchairs or promenade along the […]