Dog and owner reunited after getting lost in floods

A dog who went missing in flood waters for 6 days has been reunited with her owner.

The four-year-old Labrador, Mey, vanished on New Years Eve in Welney after running into flood water. Although Mey is a strong swimmer, she disappeared too quickly for her owner, Bradley Davis, to keep track of her whereabouts.

The worried owner said “she literally vanished. She ran into the flood water and was nowhere to be seen. She’s a gundog so she’s used to water and I thought she’d just swim back but she didn’t.

“We searched high and low for her and before we knew it Mey was at the centre of what was a major search operation”.

The community all pulled together to try to find Mey, with dog wardens, dog walkers, RSPB wardens and even the police joining the search.

However, after days of searching they found nothing. Reluctantly, at the end of the weekend, a devastated Bradley had to leave Welney and go back to Guildford for work. He said: “It was really tough. Anybody who loves their dog knows how much they mean to you so leaving there not knowing what had happened to her was awful.” 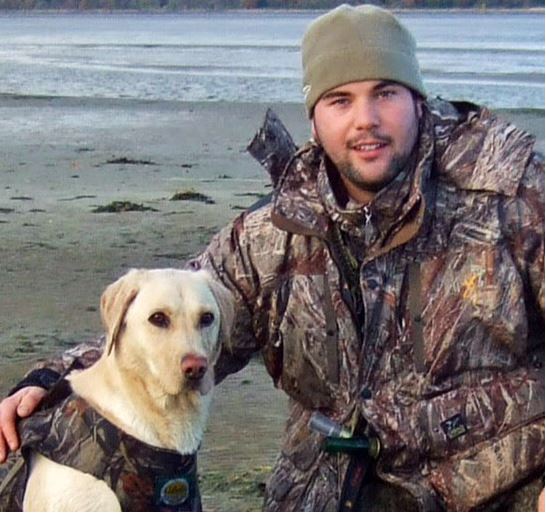 However, Bradley then received a phone call on the Sunday with the news he’d been hoping for – Mey had been found, 6 days after going missing.

“Some wildfowlers had found her clinging to a log in the water almost exactly where she had gone missing.”

Bradley drove straight back to Welney that day to collect the very weak and tired Mey, who is now settled back at home.

The over-joyed owner has expressed his extreme gratitude for the help and support he received from the Welney community in finding his canine companion. He’s said: “I don’t suppose we ever will know what happened to her but all that matters is that we’ve got her back… The help and support we received was amazing and we cannot thank everyone enough.”