A man in Leeds has invented the first ever dog-controlled washing machine.
The ‘Woof to Wash’ can be opened with a bespoke foot-pad and fully activated by a simple bark from a specially trained dog. The system has been designed to aid people with disabilities, epilepsy sufferers and children with autism.
After seeing the video from Support Dogs where a dog strips a bed and loads a washing machine, inventor John Middleton said he was blown away and immediately thought about the prospect of a fully dog-operated machine. 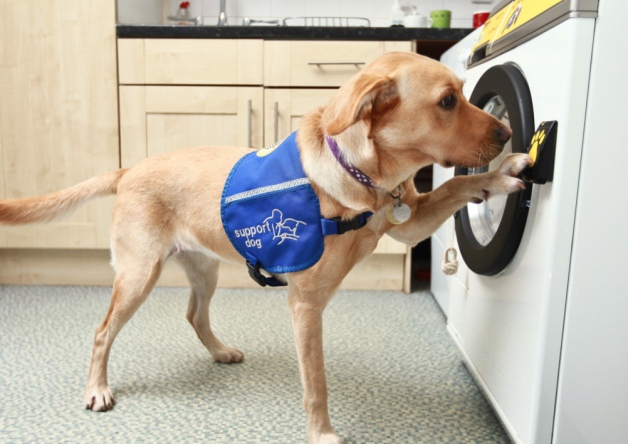 After getting in touch with Support Dogs, John Middleton was given the thumbs up as they told him they believed there was high demand for such a product. John then teamed up with laundry specialists and professional manufacturers, finishing the project in just under a fortnight.

Specially trained dogs can unlock the machine by pressing the pad with their paw, they then pull a rope with their mouths to open the machine, closing the machine with their nose, then activating the cycle by barking. A storage bottle within the machine then adds pre-measured quantities of detergent to the cycle.

Support Dogs has said this invention is going to be a huge help to disabled users and praise John Middleton for this immeasurable contribution to their futures. 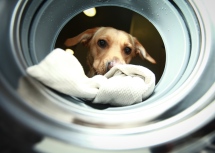 Make your pooch feel like the pampered pet they are with our top tips.

Our guide to grooming your dog and cat

Keep your pet feeling health and happy but with our tips on grooming.

We chat to veterinary nurse and blogger Stephanie about life with her brood of spaniels.