It has been reported that owning a dog increases your social circle, with statistics claiming a dog will on average give you an additional three friends. The survey has discovered that sharing tips and anecdotes related to canines can open up opportunities socially, with casual greetings and introductions being more common amongst dog owners.
It has been noted that the average dog walker will meet at least four people on a typical stroll, stopping to have roughly an 8 minute chat with most of them. 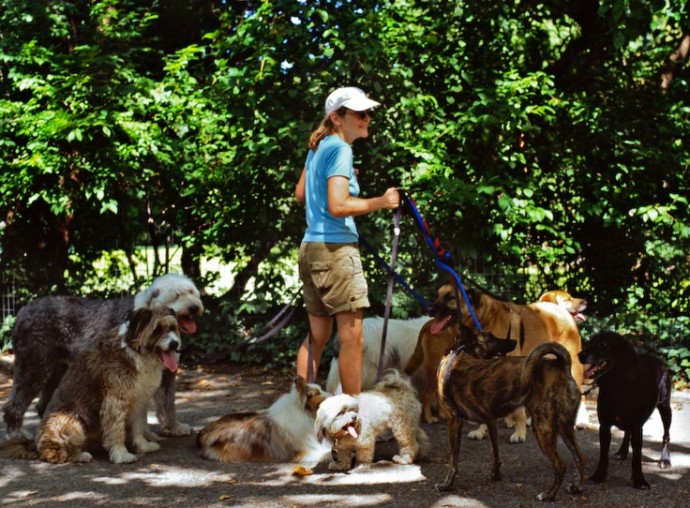 According to the poll of 1,500 people, approximately two thirds of those questioned have made up to five new friends through owning a dog, with puppy training sessions and walks being the most popular places for friendships to begin. A quarter of those who took part in the poll said their social circles were largely made up of ‘doggy people’ and a massive 42% admitted they were ‘suspicious’ of adults who didn’t own a dog.
Discussing his survey, psychologist Dr David Lewis said ‘Dogs provide a perfect excuse for conversing with strangers… My studies reveal many friendships, and even a few lifetime romances, only started because two owners stopped to chat about their pooches’.

We chat to chef, blogger and fashionista, Anna Barnett, about her Kerry Blue Terrier, Ted, who shares her obsession with food.

Ask The Vet: Is my dog suffering from a pollen allergy?

Men’s Fashion Week hits London this weekend, so why not find inspiration for your pet’s look from the latest masculine trends to hit the catwalk.