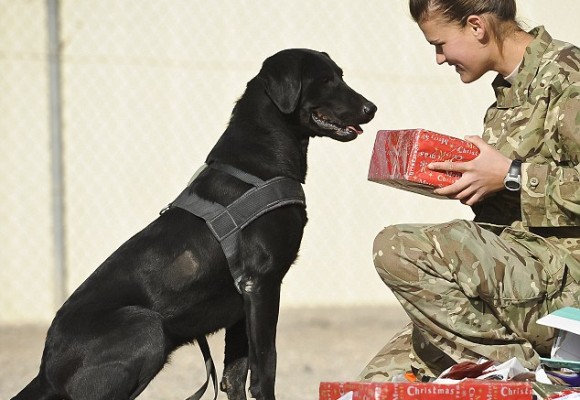 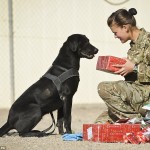 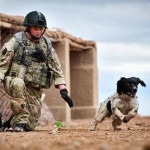 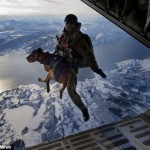 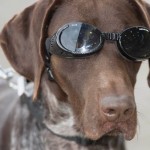 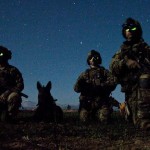 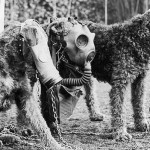 To mark Remembrance Day, we remember not only the men and woman who gave their lives for the freedom we enjoy today but the dogs who risk their lives for us during times of war. Here are just few amazing canines who work hard to keep us safe.

Dogs have been used in wartime for thousands of years – from the Ancient Egyptians onwards. During World War I, the British Army used dogs to carry messages and take aid to wounded men. In World War II, the Soviet army strapped explosives to dogs, and trained them to go underneath tanks, where their bombs would detonate. Unfortunately for the Russians, the dogs ignored the German tanks, and headed for the Soviet tanks, as they had done in training.

Today the military use of dogs is viewed as crucial. ‘Dogs have become absolutely vital parts of many special forces units,’ a retired senior officer told the MailOnline. ‘It may surprise people to know that if one of these dogs is wounded on an operation, it will receive the same level of attention from the medic as a wounded human soldier.' 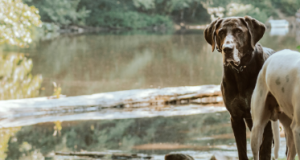 How to choose your pet insurance 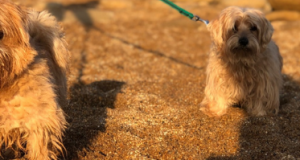 After another spell in lockdown Rufus and Kiki, aka the Pet Inspectors, we’re especially excited to have been invited to the Eastbury Cottage for a weekend of frolics and fun with long country walks, visits to the beach, and lots of pampering on the agenda. 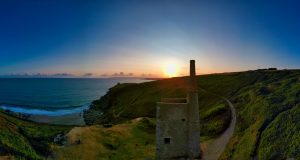 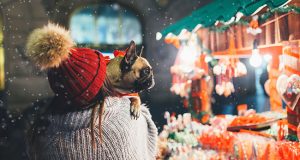 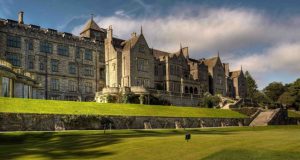 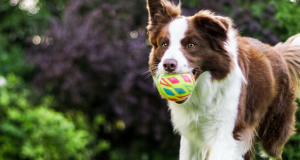 How to do CPR on a dog