Five year old Iris Grace Halmshaw – who was diagnosed with autism in 2012 – has always found communicating with the outside world more difficult than most. However, her pet cat and newfound best friend Thula has helped relieve some of her isolation. 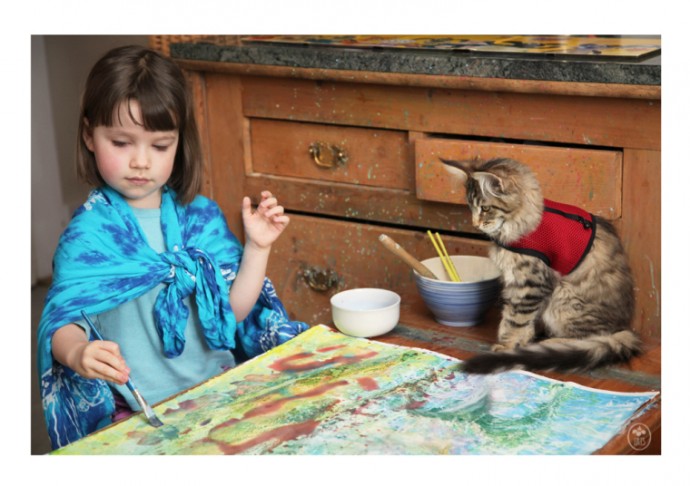 Although Iris was able to express her emotions through painting – and her talent has seen her works of art sold for as much as £1500 – she still remained largely non-verbal.

Since sweet Maine Coon Thula – which means peace and tranquillity in Zulu – arrived, Iris’ confidence with speaking has grown quickly and is often heard giving instructions to Thula, such as “Sit, cat” when she jumps on the table. The pair are inseparable, with Thula even sharing a bath with Iris. 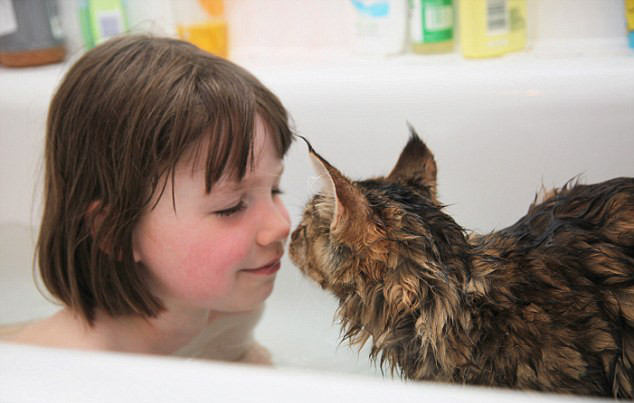 Iris’ parents Arabella and Peter-Jon have also noticed Thula’s influence in their daughter’s Monet-style paintings. There are often brush strokes resembling a cat’s eyes or nose, which they believe is Iris’ way of expressing her love for the gentle feline. 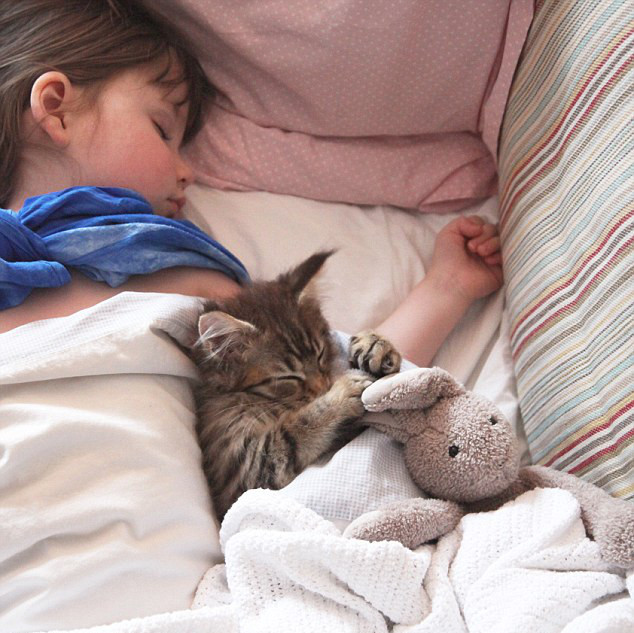 “Ever since we came home with this precious magical kitten, she has been casting a spell over Iris through her faithful companionship, natural affinity and gentle nature. New doorways to communication and emotions are opening and Iris is happier than ever before,” said Arabella. 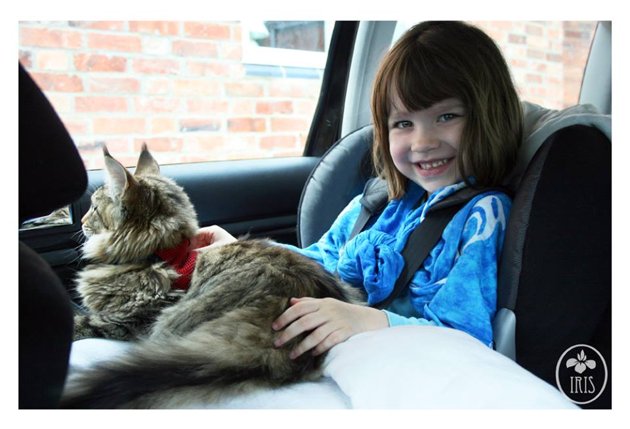 A streetwise feline has been spotted riding the Tokyo subway since 2013.

Adorable Uggie from ‘The Artist’ retires!