Grumpy Cat has some fierce competition

We’re all familiar with the original sourpuss, Grumpy Cat – however she may have to start defending her title now that another scowling kitty has arrived on the internet. 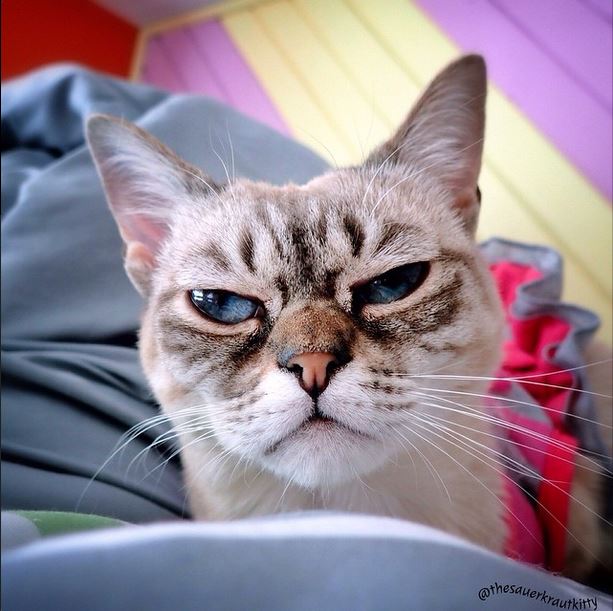 The aptly named Sauerkraut was rescued from an animal shelter by Amy and Patrick Bender from Oklahoma. The two year olds disgruntled look is due to a neurological illness called Feline Hyperesthesia Syndrome – also known as Rolling Skin Syndrome – and is similar to a seizure disorder. The cute kitty often has to wear clothes to prevent her from injuring herself. 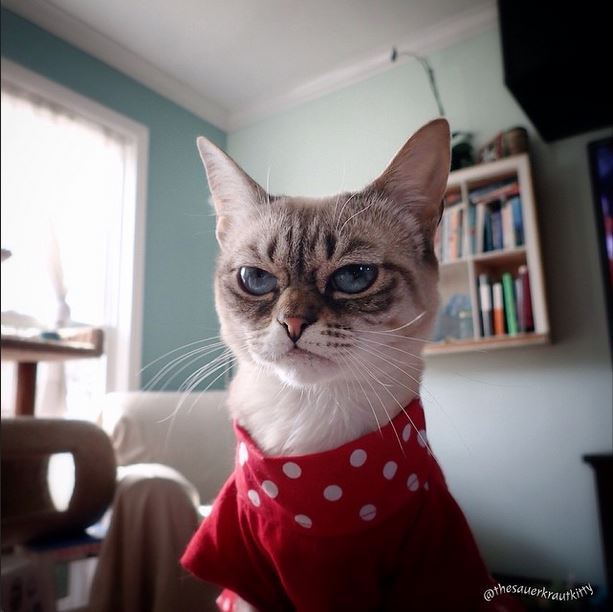 “When Sauerkraut came to us as a foster, it was clear early on that she had some neurological problems,” said Amy.

“But she now weighs about 5.5 pounds and is fully grown. Many people are surprised at her tiny size. She is full grown and has enough attitude for three normal sized cats.” 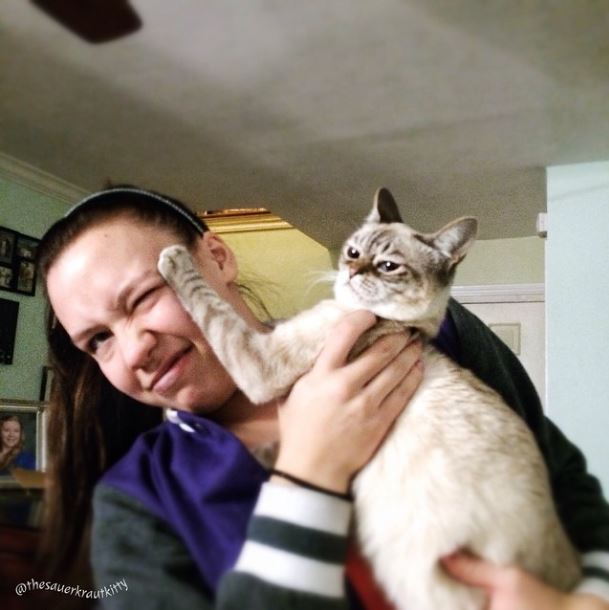 Despite her small size, Sauerkraut’s fame is growing fast – the feline now has over 31,000 followers on Instagram. Grumpy Cat will have to start watching her back… 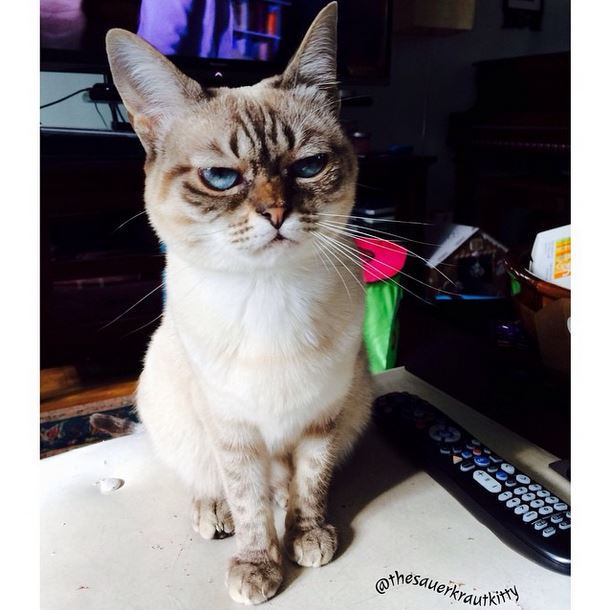 Autumn Trends: Get the Pet Look

We’re now officially in September, so here are the top autumn trends your pet should be rocking this season.