Street artist John Dolan’s sketches of his Staffordshire Bull Terrier George (whom he bought with a can of lager) saved him from a life of homelessness, and last night he opened his second exhibition that pays a particular homage to his ever faithful friend. 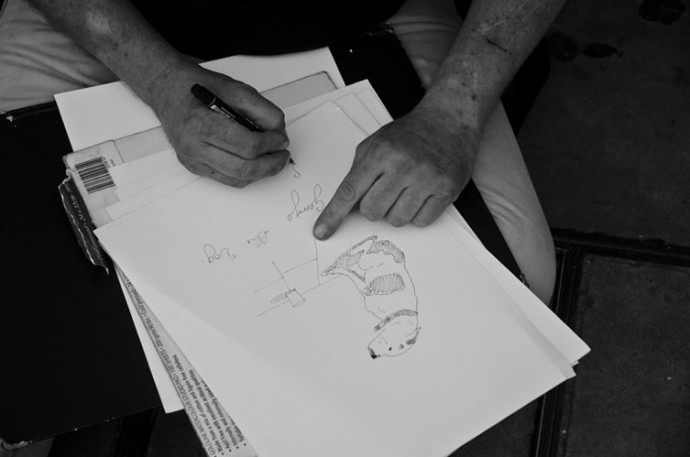 For three years, John and George sat on Shoreditch High Street every day – becoming somewhat iconic figures – and to pass the time, John began to sketch the neighbourhood and his furry friend. Word of his talent spread after he began selling his drawings to passers-by – eventually attracting the attention of the Howard Griffin Gallery. 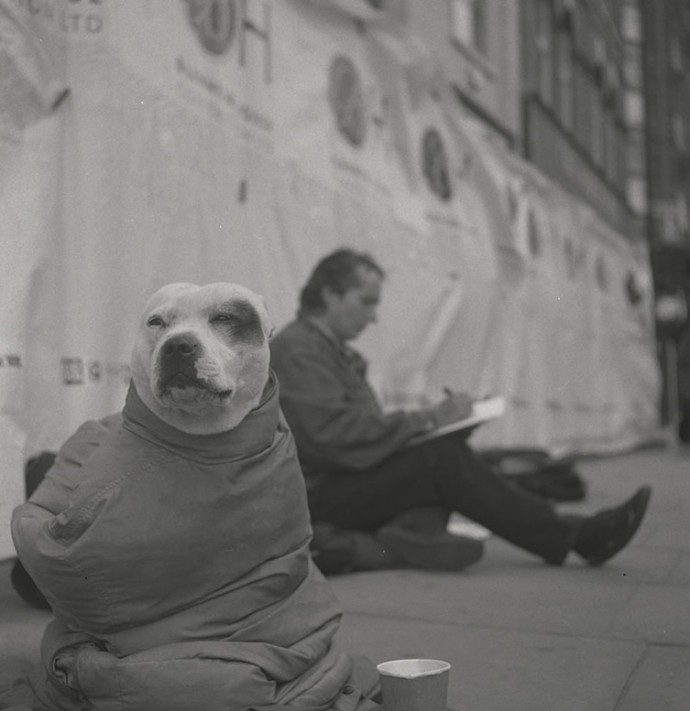 Last year the venue hosted his debut exhibition, which included John’s cityscape works and collaborations with other street artists such as Broken Fingaz, Thierry Noir and ROA.

John’s second exhibition – which runs until 17 August – is a combination of George portraits and cityscapes that has been designed to create a small representation of John and George’s daily life, and the unbreakable bond they formed whilst living rough. 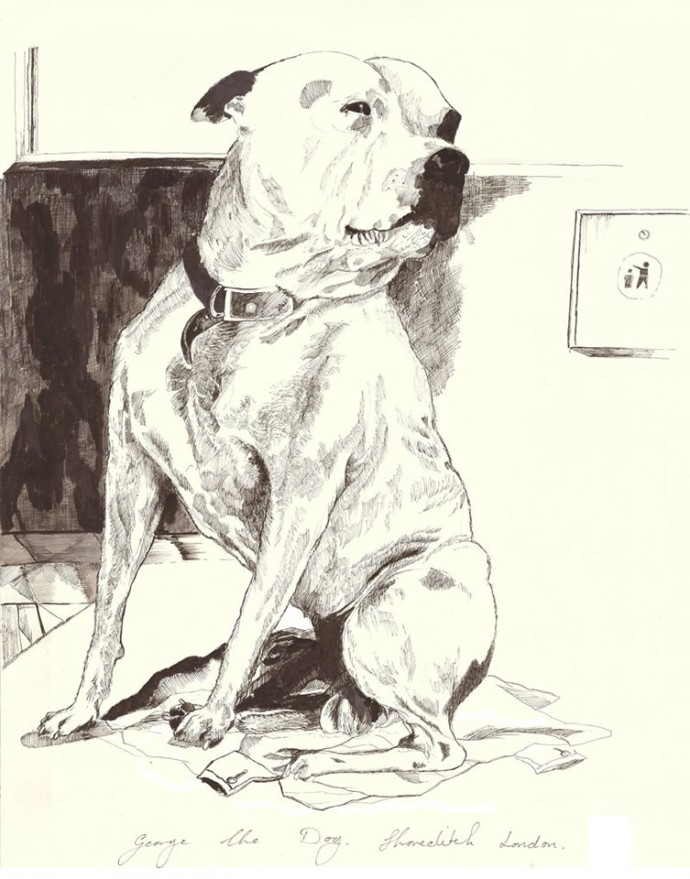 Mobile phone company Three have recruited a singing feline in their latest advert.

Snoopybabe, an exotic short-haired cat from China, has become a huge internet hit with his own Facebook page and Instagram.