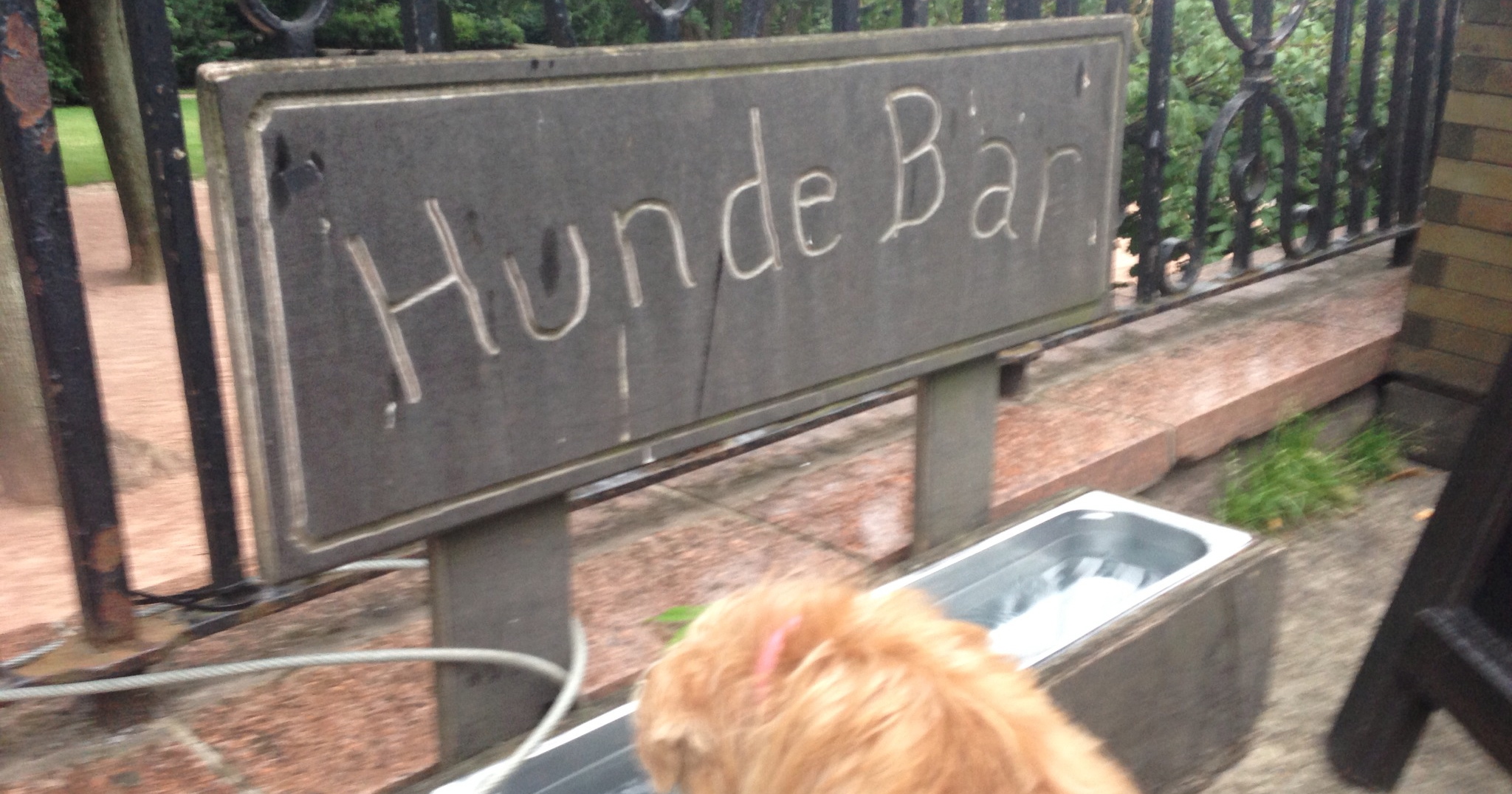 Hunde im Himmel – but the wheels come off

We leave Bayreuth and head up the autobahn to Berlin, going faster than ever before on this trip but still being overtaken by cars going twice as fast. We arrive late afternoon at the Berlin Schlosshotel im Grunewald, an area of leafy streets with big houses, woodland and small lakes on the western outskirts of the city.

The hotel, which was once styled by Karl Lagerfeld, is stunning. It’s the ideal spot for pets in the city as the hotel has fabulous gardens and the shaded woods of the Grunewald are just a few minutes’ walk away.  Our room is super-chic and Rufus and Heidi have been given a red blanket to sleep on and silver food bowls, and their own food menu.

After being shown around, we whisk the dogs off to the edge of the woods for a quick walk before heading for the city centre to do a little sightseeing around the Brandenburg Gate and Alexanderplatz, where the former East Berlin Fernsehturm (TV tower), a peculiar ball on a spike that is also the tallest structure in Germany at 368m.