Jane Birkin and her Bulldog, Dora 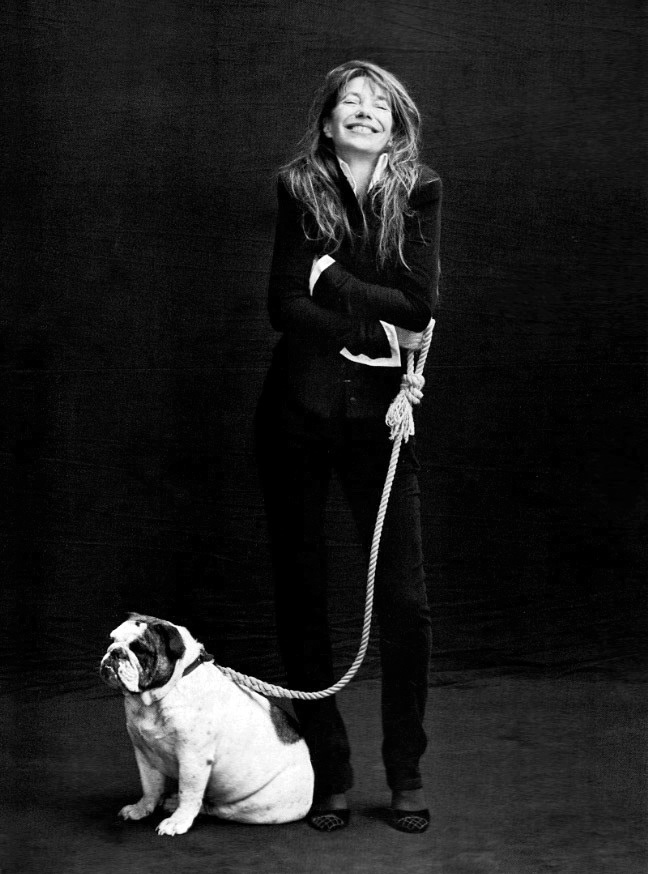 Jane Birkin has it all… a Hermes bag named after her, three incredible daughters (including model Lou Doillon and actress/singer Charlotte Gainsbourg) and a pretty adorable Bulldog named Dora. And like her Birkin bag, Dora rarely leaves her owner’s side. In an interview with Metropolitan magazine, Jane says, ‘The first thing I ask a hotel is, will they take Dora?’ She continues, ‘I couldn’t come home to an empty house. I couldn’t stick it. Already I’m hardly here, but I wouldn’t be here at all if it wasn’t for her. If you’re an animal person then you find the idea of not having animals around totally weird. My father always had a Pekingnese tucked under his arm and my daughters are even madder about animals than I am.’

To read more features in the magazine section click here

Cat family, Bella, Jumbo and Pingu are hoping to find a new home together despite the difficulties black cats face when seeking to be rehomed.

Catching up with Stanley the rescue dog

SS15 London Fashion Week Round Up

London Fashion Week has drawn to a close so we’ve rounded up our favourite catwalk looks to inspire your pet’s wardrobe.