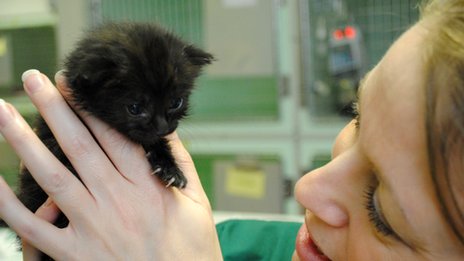 An adorable kitten has been found in a box on a London Underground train.

The tiny ball of fur named Victoria, (after the station she was found at) was handed to a member of staff who passed her on to the animal charity Blue Cross.

A spokesman for the charity, based near to Victoria station, said: “It is a mystery as to why she was left on her own, without her mum or possible littermates.

“Little Victoria is certainly one of the most unusual items of lost property handed in to London Underground.”

London Underground said: “We see a lot of lost property at Victoria Station, but it isn’t usually so wriggly!

“This poor little kitten needed urgent care so we were glad the Blue Cross were nearby to step in and help little Victoria. We are all really pleased that she is in such good health.”

Because the kitten is so young and should be feeding from her mother, the nurses have been hand feeding her and providing round-the-clock care.

PetsPyjamas are delighted to hear that Victoria is doing well and that she will be transferred to the Blue Cross rehoming centre in Lewknor, Oxfordshire, next week. 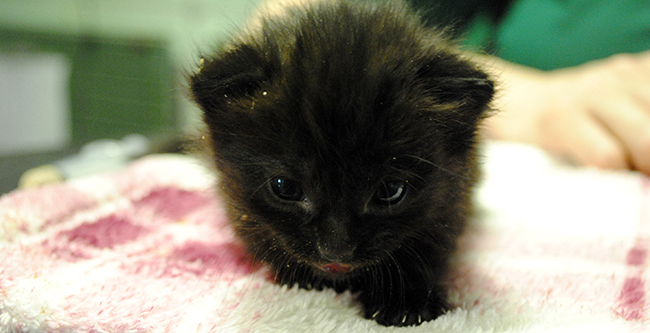 Here are a few of our favourite pictures of wet moggies with some interesting facts.

If you are planning on getting fit this new year then do it in style with your canine companion and book a stay at one of our pet-friendly fitness retreats.