Founder of fashion and lifestyle blog Mademoiselle Robot.com, Laetitia Wajnapel is not only passionate about all things stylish but is mad about animals, in particular her cat, Brak. She tells us how Brak has become her daughter’s best friend and that she would love to open an animal shelter in the future. 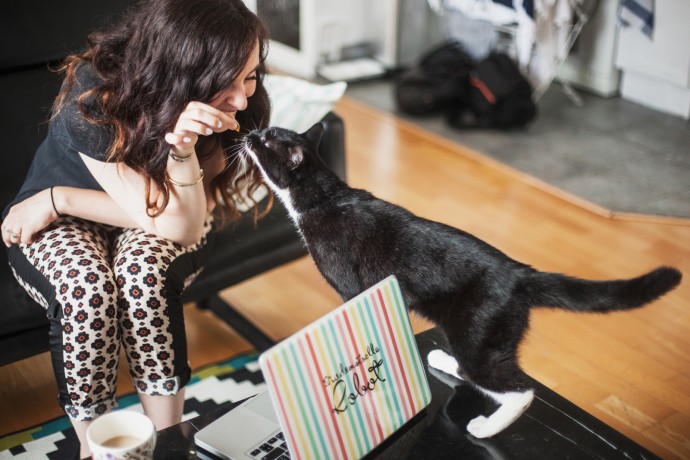 I have a few exciting projects in the pipeline: helping to launch a new social media platform, some guest blogging for ELLE, I am also working on designing the “Mademoiselle Robot capsule collection” which should be quite fun. I’m also going to be travelling quite a bit in the next few months. Never a dull day!

What breed is your cat and why did you choose him?

Brak is 100% moggy! I was searching gumtree for kittens and I was in touch with a few different people who had litters of kittens but when I received a photo of Brak I immediately knew we were made for each other. He looked so sad in his photo! When I went to pick him up, his former owners said they couldn’t keep him because he gave their kid eczema. What they failed to mention was that their house was absolutely filthy and filled with all sorts of animals (some of them illegally kept too). I took Brak home and called the RSPCA, swearing I would give him the best life possible.

How did you come up with his name?

It is the name of the main character in “The Brak Show”, an Adult Swim cartoon that used to air on Cartoon Network. Brak (the cartoon character) is a particularly stupid-sounding space cat. 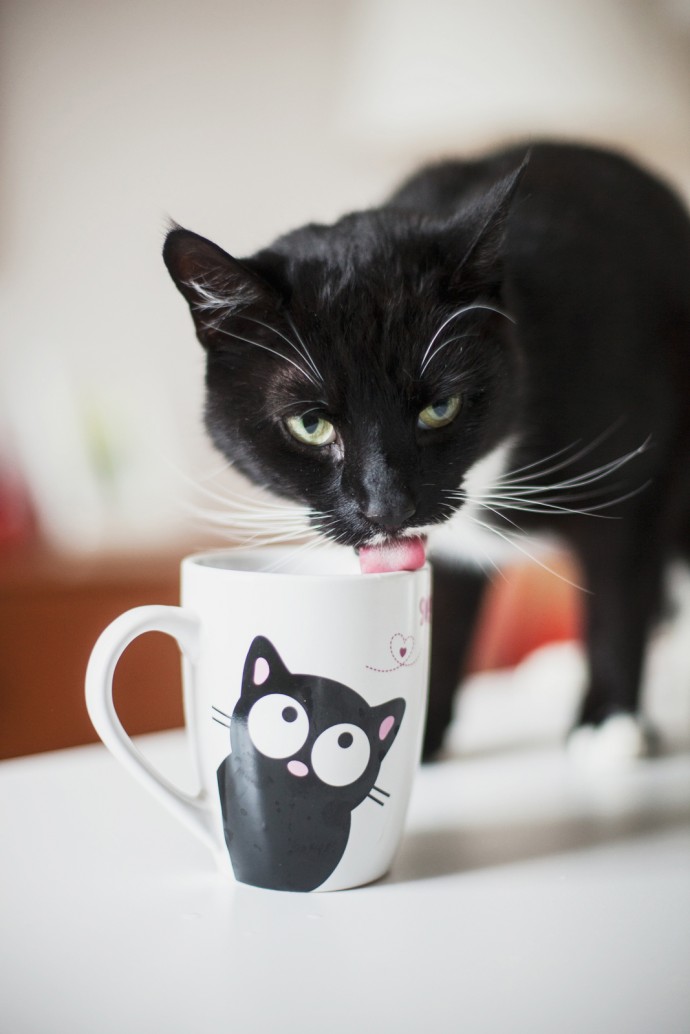 What kind of personalities does your cat have?

He is amazing: really loving (sometimes clingy, but I don’t mind), super playful and also extremely greedy. We have a very strong bond and he also is best friends with my little girl (she is almost 7). 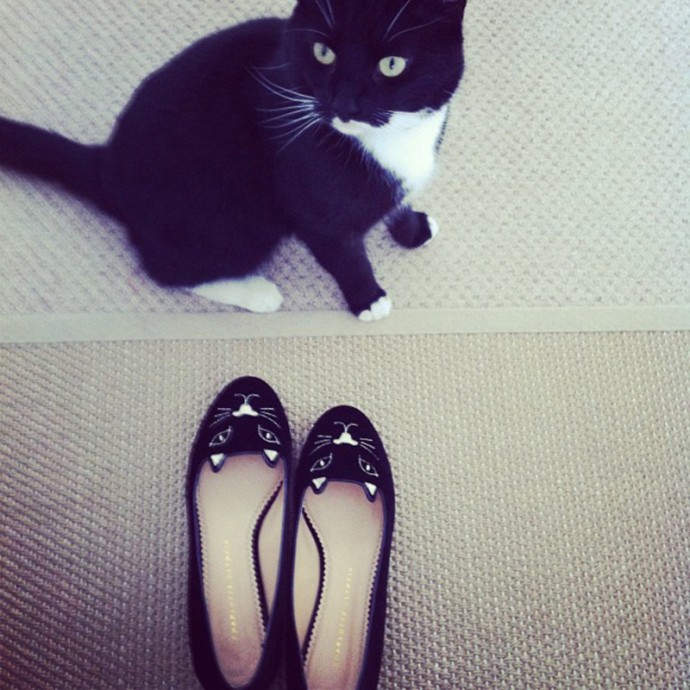 Unfortunately it is quite hard to travel with a cat, so he generally stays at home when we go away and we get someone to come and stay with him, a friend or a family member.

Does he have any funny ways or have there been any funny incidents?

Everything Brak does is pretty funny, I must say. The oddest thing that happened was when we had work done in the flat and we told the builders to really make sure they closed the doors and windows after they left or when they went on break so the cats wouldn’t escape (we had two at the time). One day we came home to find three cats as they had seen a cat in the building and were convinced it was Brak so they brought it back to the flat. Turns out they had kidnapped the neighbour’s pet. Oops!!

Gosh everything! It is a massive responsibility and having a pet should be seen as having a child pretty much! Except it is a child that will never leave home or be independent, so you have to be prepared to care for it for its whole life. I would love to do more for animals than what I currently do and one of my dreams would be to open an animal shelter to look after all the pets that have been neglected. 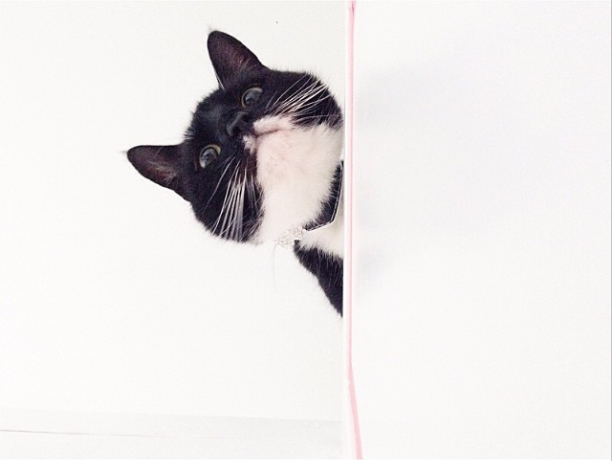 Does your cat ever inspire your work?

Not really. He hinders it more than anything as he likes to sit on my lap / laptop / head as I try to write. He is pretty useful for testing new camera lenses though as he is a very willing subject.

If you were to come up with one sentence about owning cats that would help turn the cat-lady stereotype on its head what would it be?

Cats are cool. Haha. No umm…. I am not sure actually. I don’t mind the cat-lady stereotype. I think crazy cat ladies actually have life pretty much figured out.

Father-to-be, Simon Cowell searches for a dog for his new family.

Why we love pet-friendly Kent and Sussex

Pet-friendly Sussex At PetsPyjamas we love pet-friendly Sussex. Why? Not just because it is just two hours from central London, but because it offers all the ingredients for a perfect pet-friendly stay. There are wonderful stretches of beach for your dog to run around. There’s marvelous rolling countryside to sniff and villages packed with history. […]

PDSA have reported a rise in Lyme Disease among UK pets. Here are some top prevention tips.