Police dog handlers are married after meeting on a training course

Two police dog handlers from the West Midlands unit were recently married after meeting on a training course.

Damian Smart and Lindsay Whitehouse tied the knot last month in their local Worcestershire village. However, due to a lack of facilities at the venue, the furry companions were unable to attend so the two handlers decided to arrange a second wedding blessing at their training centre. 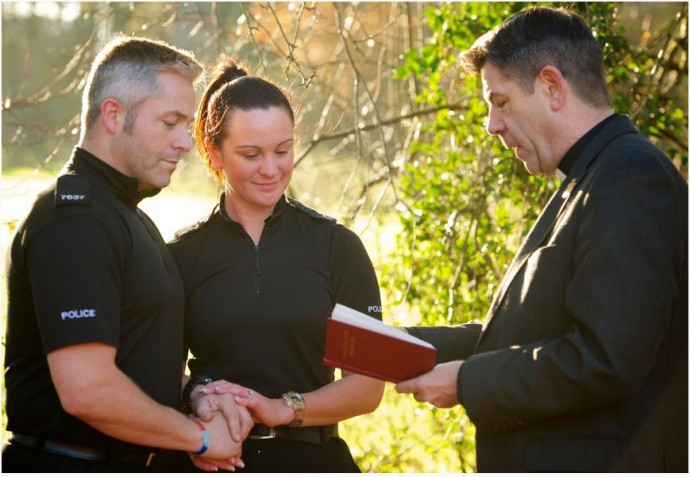 Having met Lindsay on a police dog training refresher course, Damian said: “We’re both dog lovers – we have five between us, including our police dogs – but at the wedding venue didn’t have kennelling facilities it wasn’t possible for them to be involved on our big day. Plus paw prints wouldn’t have looked good on Lindsay’s white dress!

“Because dogs play such a big part in our lives – and that it’s the first time two handlers have tied the knot – we wanted to get them involved. So we arranged a special wedding blessing with a police chaplain; Shadow and Nina were impeccably behaved…the perfect guests!” 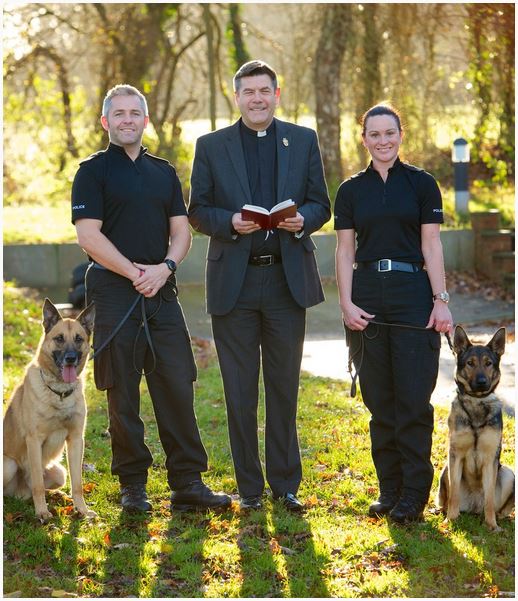 With over fifteen years at the West Midlands Police Dog Unit between them, the experienced handlers have been involved in several high profile incidents. The pair have worked together on the same shift since April 2013, alongside faithful companion PD Shadow, who has caught more than 30 crime suspects in his three year career.

The happy couple also handle two other police dogs named Jake and Ben, and have a pet Boxer named Lola.

Scrumbles have kindly shared with us their top tips for keeping your dog’s mouth clean and healthy in this wonderful guest blog.  Cleaning your dog’s teeth may not be the first thing you’d think of doing. However, just like humans, a large number of pooches suffer from gum and tooth issues – up to 80%. […]

Pet selfies take the internet by storm as two thirds of pet owners are more likely to share photos of their pets than of their friends.

Christmas is just around the corner and to celebrate our friends at Forthglade have shared their fabulous festive treat recipe with us! These are the perfect Christmas present for your best furry friend and you can even share with your pet pals at the park! Ingredients 130g oat flour 20g almond flour 60g dried cranberries […]