A phenomenon that has been plaguing the animal kingdom may finally have an explanation – why do our feline friends have such an affinity for cardboard boxes?

According to a report by Wired magazine, there are three main reasons behind your cat’s obsession with cramming themselves into boxes.

Firstly, cardboard boxes are a form of stress relief for felines. Researchers at Utrecht University in the Netherlands studied a group of cats that had just arrived at an animal shelter – they provided one half with boxes and left the other half without. The cats with the boxes adapted faster to their new surroundings, were less stressed and were keener to interact with humans.

Secondly, cats don’t like to deal with conflict – preferring to flee from their problems. Cardboard boxes provide the ideal shelter from hostile situations and unwanted attention. As cited from The Domestic Cat: The Biology of its Behaviour; “Cats do not appear to develop conflict resolution strategies to the extent that more gregarious species do, so they may attempt to circumvent agonistic encounters by avoiding others or decreasing their activity.” 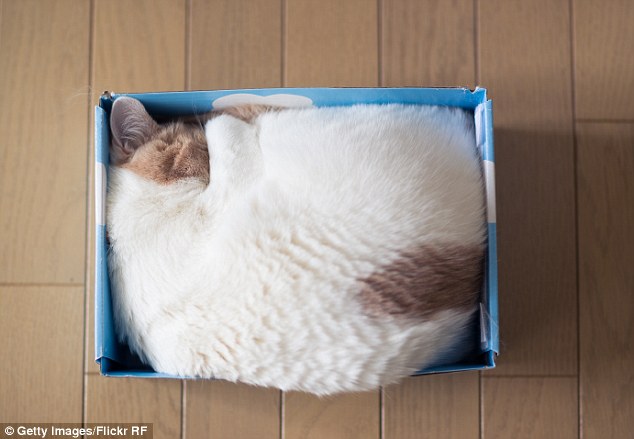 And lastly, cats like to stay warm and a cardboard box is the perfect insulator. A study by the National Research Council in 2006 found a domestic cat’s thermoneutral zone – the temperature felines are comfortable at – is between 30°C and 36°C (86°F and 97°F), 20 degrees higher than a human.

So whether a box is big, small or irregularly shaped – if it provides warmth, comfort and a form of stress relief your cat will sit – even if it doesn’t quite fit.

Would you know what to do if your pet was hurt or unwell? Here we share the top ten first aid tips every pet owner should know.

We love these cuddly Cocker Spaniels!

What makes a breed popular?

We chat with The Kennel Club to discuss why some breeds continue to be so popular for people in search of a pet.