How to combat separation anxiety in dogs

Nigel Reed, founder of Dog Training in London, is a dog trainer and dog behaviour expert with twelve years’ experience working with the most difficult dogs.  As a regular dog behaviour consultant on national television and radio, Nigel also works on his social enterprise The Wolf Within, teaching young people with behavioural problems to train dogs with behavioural problems. Here he explains how to combat your dog’s separation anxiety to make both your lives much happier. 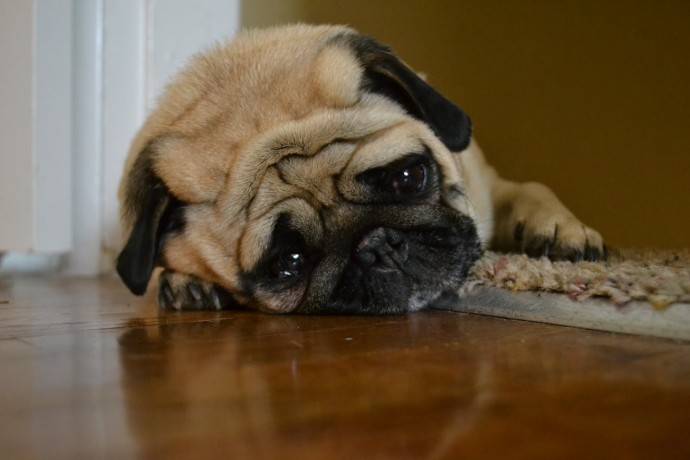 There are some dogs that become extremely distressed as soon as the owners leave their homes. The anxiety from being separated from their owner may manifest itself in many forms such as howling, whining, chewing objects in the home, toileting and/or constant pacing. This experience is very traumatic for the dog not knowing if the owner will return.

In these times it is common for the owner to reassure the dog with comments such as “I will only be an hour” in the hope that the dog understands the owners intentions. Unfortunately the dog does not understand our words as much as we would hope. Rather they analyse our body language and see us communicating with them just before we leave. Communicating to the dog just before the owner leaves sends a confusing message, as it equally would between person to person if they did not know each others language.

Nobody likes to see separation anxiety in dogs, so to send the correct message to your dog when you leave or return, it is best to not say anything, sending the message, ‘I can go in as I please and out as I please and I am not looking to you for information on what to do.’ Then the dog will assess your language and understand that they are not needed.

How long should you leave your dog for?

A client recently asked me how long she could leave her Cavalier King Charles Spaniel for. The truth is it depends on the dog and each individual situation. This lady’s dog would become upset after ten seconds where other people could leave their dog for three hours and they would be fine.

I explained to the lady that if her dog gets upset after ten seconds then go out and come back in within nine seconds without speaking. After she has repeated this a few times then go out for a second or two longer and keep building it up throughout the day. The lady agreed and after a few days and many exits and entries she had built up to ten minutes exits without the dog becoming stressed.

The lady noticed that if she could get back in the home before the dog’s state began to rise then the undesirable behaviour would not occur. As she built it up the amount of time between when she left and returned whilst ignoring her Cavalier King Charles Spaniel, she noticed her dog was fine with her leaving. 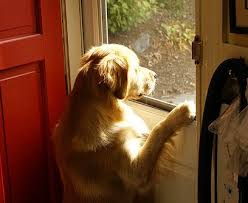 The dog is a social animal

The dog wants to get the right message but too often we confuse the matter with words that they do not understand. Dogs are social animals and thrive with company but dogs that become upset when we leave immediately are very confused about our relationship. I would recommend to anyone who asks me how long to leave their dogs that on average, four hours is an acceptable amount of time to leave them. However, if they have separation anxiety to start off leaving them for a second and build up the time until they are happy for you to be gone.

Watch a video of Nigel showing the techniques of how to combat separation anxiety.

How to include Your Four-Legged Friend in Your Wedding

It’s officially wedding season, and at PetsPyjamas we’re all for dog-friendly weddings! As dogs are like a member of the family, it’s only natural to want them to be part of your big day. Here are some top tips to help keep things stress-free for you and your furry friend! Do confirm that your venue […]

Severus and Lily stay at The Cary Arms in Devon

Severus and Lily from Spaniel Life spent a couple of nights at the beautiful Cary Arms with their humans.

Dogs are officially taking over the fashion world – from starring in campaigns to having behind-the-scenes access, here are the top 5 dogs in fashion…