With all his worldly possessions in just a suitcase – Kai the Shar Pei crossbreed’s story is very reminiscent of one Paddington Bear. 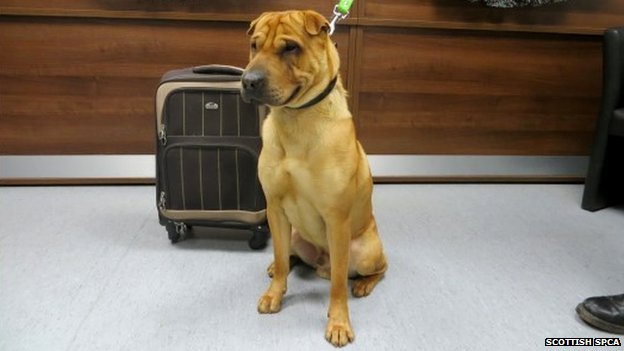 Discovered on January 2 – Kai had been tied to a railing outside Ayr Station in Scotland with a suitcase containing a toy, pillow, bowl and food.

Taken in by The Scottish Society for Prevention of Cruelty to Animals (SPCA), the animal welfare charity is currently trying to track down the Shar Pei cross’ owner. 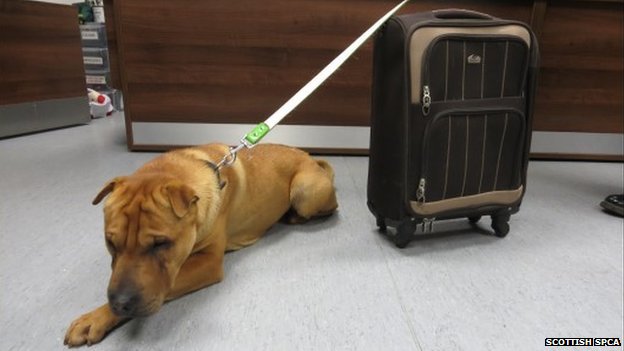 Kai had been microchipped so the RSPCA were able to find out his name and track down his previous owners who reportedly sold the canine on Gumtree in 2013. They were unfortunately unable to tell the charity the address of the person who bought him so the investigation continues.

However due to his unusual story, Kai will not be short of new homes to go to. The SPCA has received hundreds of phone calls and emails from dog lovers in the UK, USA, Canada, Spain and even the Philippines – offering to rehome the adorable pup. 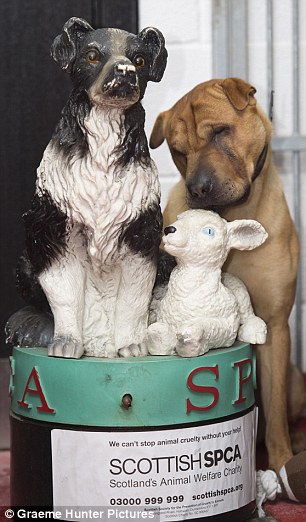 Spokesman for the charity Ben Supple said, “We haven’t as yet found a home for Kai though we’ve been inundated with offers and will ensure we find him the right owner.”

Happy Walk Your Dog Day! Walkies – a simple seven letter word that sends most furry friends into a flat spin! It’s the perfect time for both human and four-legged friend to get some exercise, take in some fresh air and have an adventure! They not only help keep you and your dog keep physically […]

Budding friendship between puppy and baby

Taking your pet on public transport

Do you know the rules for travelling with your pet on public transport? Here are our essential tips & guidelines.