Tally and Inca’s Marathon in Paris

With the countdown to the London Marathon in full swing, we speak to Tally Higgins who just came from Paris where she ran their marathon…

Tally also recently returned from Australia, where she worked as an Interior Designer for three years. She’s currently settling back into London life, living in Wandsworth and has a black Labrador called Inca who is 3 years old. Inca is a gun dog who was trained by Tally’s mum and she is so well-natured that Tally has no qualms leaving her with her 19 month old goddaughter Sapphire. Tally’s nickname for Inca is Catotter because says she’s ‘half cat half otter!’ 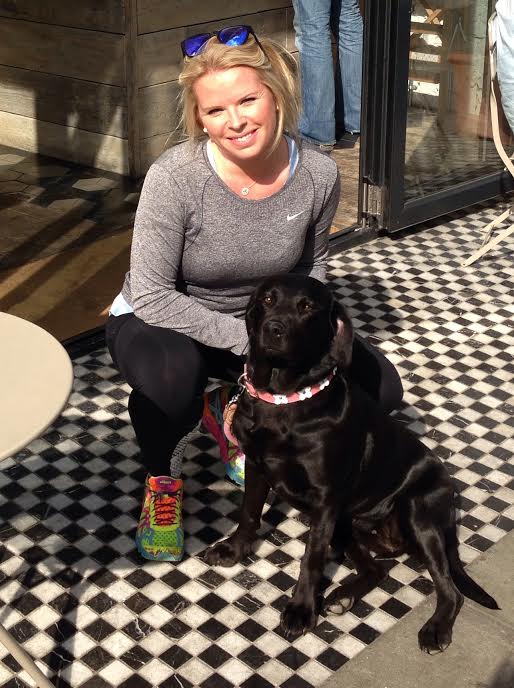 Why did you decide to enter Paris Marathon?

I decided because London is very difficult to get into in terms of the ballot basis. I wasn’t initially going to raise any money for the Paris marathon – I was just going to run it for the challenge and satisfaction. But then realised it was a great opportunity to make a difference to others and decided to raise money for very dear friend who died recently from cancer. I raised over £2000 in her memory which will go towards cancer research.

Other than the fund raising and the fitness, what kept you motivated?

I have had a very good support team. My father and my sister also came to support me at the race and I had friends there too.

Where have you been training?

How has Inca helped you train?

You dont need a therapist if you have got a dog and shes a great support – always happy and upbeat, so to train with her was great company and a bit of added interest when you are running long hours. Although I was very careful not to run too far with Inca and to take her out of her comfort zone, and also kept her off the lead as much as possible so she could run at her own pace and go off looking for rabbits too!

Did you train in London at all

Most of the training I did in London was along the river. I used to go over Putney Bridge and run all the way along the towpath past Hammersmith towards Twickenham and sometimes then we would head down to Westminster. 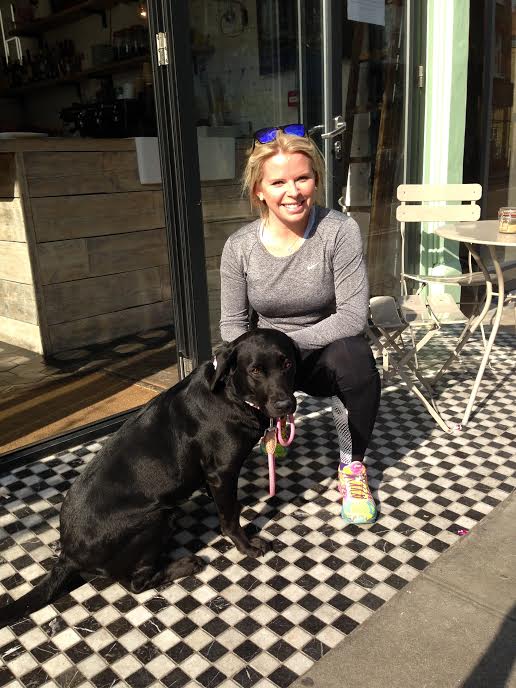 Did Inca enjoy the runs?

She loved it. Sometimes she really made me feel safe when I was running in the dark early mornings and late in the evening.

Did you notice a difference in her?

She became noticably slimmer , more svelte and her coat shinier as did I!

Any special equipment for Inca?

Other than a pink collar and a matching pink lead which goes without saying at night being black. She would go into stealth mode when the sun had gone down, becoming concerned with bikes whizzing past and didn’t want people tripping over her so I put a bike collar on her to keep her safe.

The race was very picturesque. The most exhausting site seeing tour I have ever been on! The cobbled streets were a challenge…

Other benefits from running together?

We are both slimmer, have better tone and I have always been an advocate of sport. I think running with a dog is very good for your state of mind and it’s a good escape from hectic London life.

Will you continue to run with Inca?

Yes, I will be continuing to run – always along the towpath along from Richmond to Battersea. I also love running in Richmond Park. Inca is always well behaved but she wont be doing so much running now because she is pregnant, hopefully with up to ten puppies due in about six weeks time!

SS15 London Fashion Week Round Up

London Fashion Week has drawn to a close so we’ve rounded up our favourite catwalk looks to inspire your pet’s wardrobe.

Nikki Tibbles unveiled her Artisan Retreat at the CFS today with dog Lenny by her side, “no retreat can be complete without a furry companion!”

Help our Pets to Paris campaign

Please sign our online petition to help us in our campaign to allow dogs on Eurostar trains.