Despite being a multi-million-dollar pop star, Taylor Swift likes to keep things simple and has enlisted the help of her feline friends, Meredith and Olivia, to promote her 1989 tour concert film. 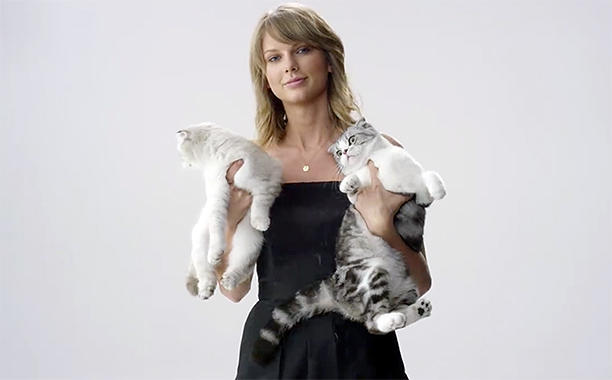 Taylor released two promotional clips on Sunday 20th December, one is a snippet of the songstress performing a piano rendition of her hit song ‘Wildest Dreams’, and the other is a backstage clip with her two cats – behaving as cats do.

Captioned, ‘They didn’t sing, dance or perform. But The 1989 World Tour wouldn’t have been the same without them….’ we first see Taylor attempt to get her youngest Scottish Fold, Oliva to sit on a stool – “Just sit there. Why aren’t you a dog?” – however this proves unsuccessful.

We then see the pop singer introduce both kitties and comment, “You can see which one loves people, and which one maybe doesn’t as much” – to which the oldest, Meredith, meows loudly in response and then promptly attempts to bite Taylor.

The CatsThey didn’t sing, dance or perform. But The 1989 World Tour wouldn’t have been the same without them…. #1989WorldTourLIVE is now on Apple Music http://smarturl.it/1989TourLIVE

The video ends with a disclaimer, ‘No cats were harmed in the making of this tour. Just one pop star.’

Her cats may not always behave how she’d like them to but Taylor was certainly a smitten kitten the week before when she received a Meredith-and-Olivia-inspired birthday cake from actress Blake Lively. 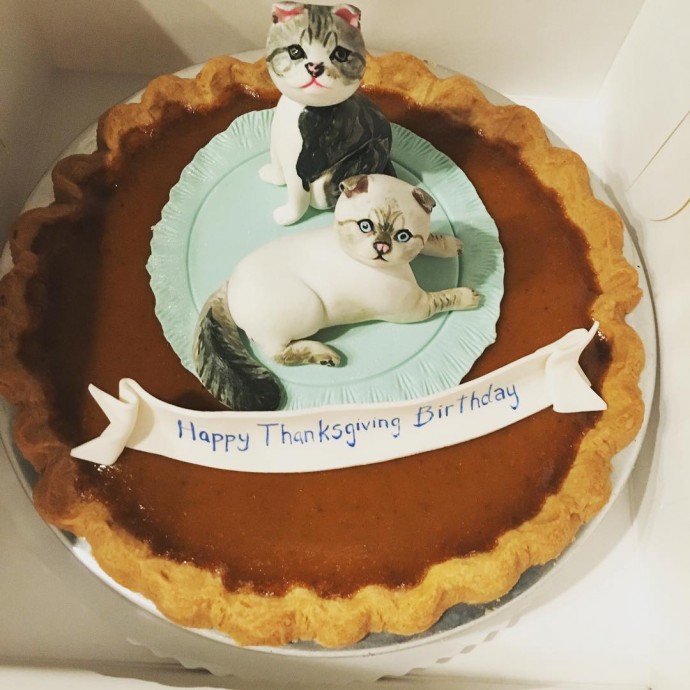 Blake gifted Taylor what appears to be a pumpkin pie topped with figurines of the two cats. Sharing a picture of the masterpiece on Instagram, Taylor wrote ‘Blake wins at birthday pies. @blakelively I honestly can’t stop laughing rn.’

Grumpy Cat has competition in Japan

It’s time for Grumpy Cat to step aside, there is a new scowling kitty in town and her name is Koyuki…

A rescue cat has helped a young autistic boy get into mainstream school.