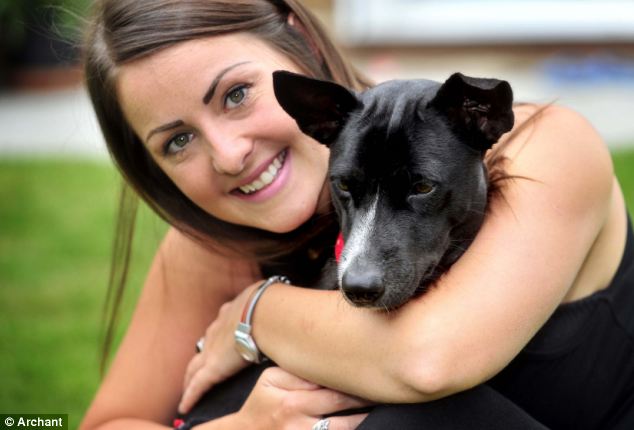 When Elise Dixie first saw Snooky in Cambodia, she knew she had to help. The puppy was tiny and emaciated with severe mange, a stray in an area where dogs are frequently attacked and killed by other canines. He had a chain around his neck that was ‘cutting into his skin’, his stomach was distended, and was ‘two weeks from death.’

Faced with a pooch in a terrible state, Elise had to take action. The 26 year old teacher took Snooky back to her hotel room and immediately tried to find a vet to help him. As she returned to the UK, Elise made sure the ill puppy would be taken care of, and set about raising money to fly Snooky over to her home.

With the help of her parents, Elise was successful in raising the £3,000 needed to fly the pooch from Cambodia to the UK. Snooky is now happy and increasingly healthy, and is slowly getting used to his new life in Suffolk.

One of the best parts of Halloween is all the delicious treats we get to sample without – too much – guilt! So let your pet join in with all the trick-or-treating fun and try out these fun doggie Halloween recipes… Pumpkin & Peanut Butter Halloween Biscuits Recipe adapted from All Recipes Yields about 10 treats Ingredients: […]

Is your pet suffering from anorexia?

Simon Tappin, Internal Medicine Specialist at Dick White Veterinary Centre, reveals how you can spot the signs your pet might be suffering from anorexia.