Turkish company Pugedon have created a vending machine that releases food and water to the stray cats and dogs of Istanbul in exchange for recycled plastic bottles.

Once a bottle has been inserted at the top, dried pet food will be released into the tray below for the strays, who often rely on the city’s residents to feed them. 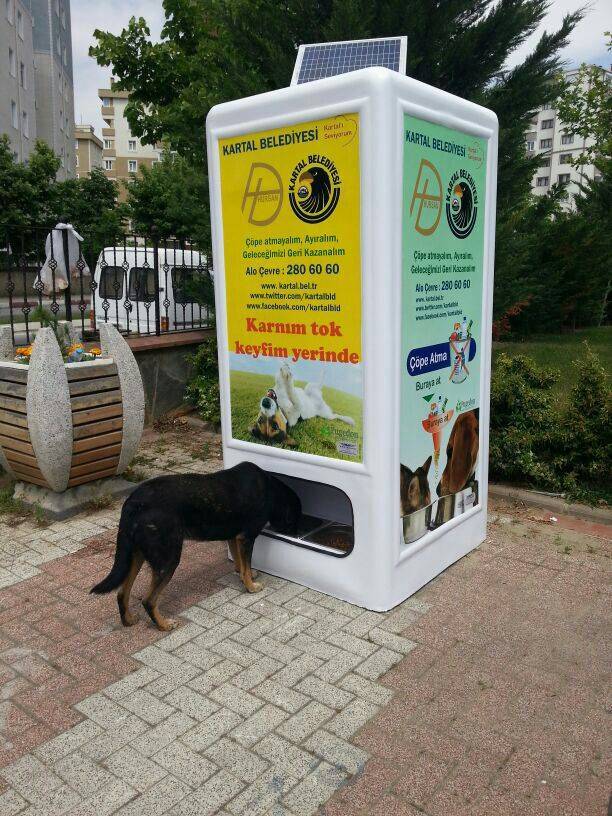 It is estimated that over 150,000 stray cats and dogs wander the streets of Istanbul, so the Pugedon Smart Recycling Boxes will come as a sweet relief to the hungry creatures. Only a few have been released so far and operate at no charge to the city, with the recycled bottles covering the cost of the food.

Dogs and cats have roamed the streets of Istanbul for years, with many locals considering them a part of the community and cultural landscape. “They are the neighbourhood’s dogs. They protect us and everyone loves them,” said  long-time resident Hamit Yilmaz Ozcan. However there are some who fear the spreading of diseases and violent dogs. These complaints led the Turkish government to propose a draft that would see stray cats and dogs rounded off the streets and transported to undisclosed ‘natural habitat parks.’

This proposal however was met with considerable backlash from the community who suspected the government had a more sinister plan for the animals. 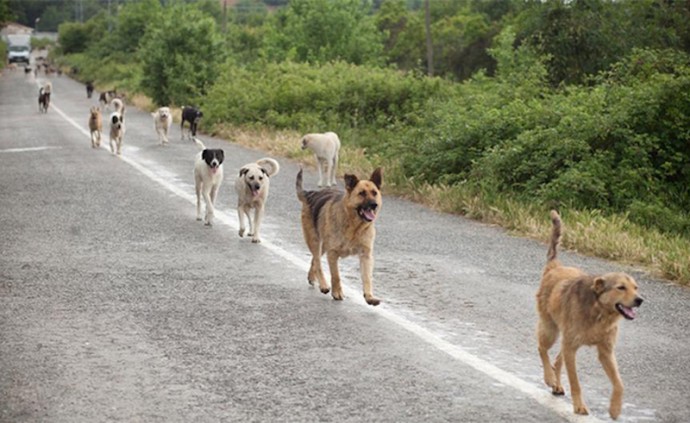 The population is currently controlled by municipal authorities who collect the strays to neuter and tag them, before placing them back on the street.

For now, the Pugedon vending machines will – at the very least – help provide the animals with a better quality of life and encourage us to adopt a healthy recycling habit.

A new children’s story named ‘Borko’ has been written by the co-founder of K9 Rescue in order to draw attention to animal welfare.

Top 5 Places to Visit in Cornwall

Considered one of the top spots to staycation with your dog – we’ve selected the best places to visit in the west peninsula.