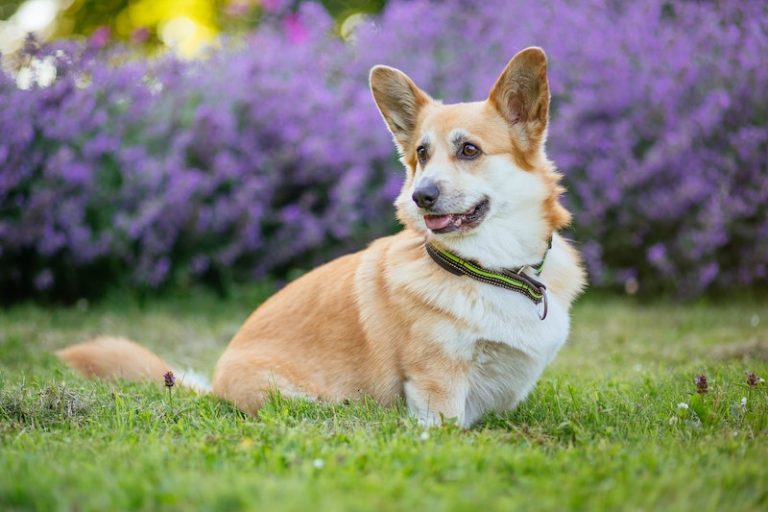 We Celebrate The Queen And Her Love for Corgis

There was so much to love and admire about the Queen – her devotion to duty, her steadfastness, compassion and ability to put people at their ease. But what we especially loved was her devotion to animals, and in particular her Corgis.

Corgis were always in residence wherever the Queen was, whether that be by her side, immortalised in portraits or on china. One of them, Monty, even had a starring role in the James Bond sketch where the Queen was featured parachuting down on to the London Olympics. Their presence has become so well known that the Queen’s Corgis have their own Wikipedia page.

But where did this great love affair with the breed stem from? It all began in 1933 when the then Princess Elizabeth had fallen in love with a neighbour’s Corgi – the dog could do tricks and seemed much more fun than the Labradors and Spaniels that the Royal family already owned. Elizabeth persuaded her father, King George VI, to buy one before a breeder came over to their London home with three puppies where Elizabeth chose the one with the waggiest tail – famously named Dookie. It wasn’t long before he was shortly followed by another Corgi.

Much to Elizabeth’s discontent, she had to wait until her eighteenth birthday to have her very own Corgi, Susan, who was so adored she ended up joining Elizabeth and Philip on their honeymoon. Almost every dog that the Queen had in the seven decades of her rule descended from Susan – but of course not all the Corgis were pure-bred as in the 1960s one of the Queen’s then Corgis, Tiny, became involved with Princess Margaret’s Miniature Dachshund, Pippin, accidentally inventing the Dorgi and single-handedly creating a mass market for the Welsh cattle dog. Both sisters loved the resulting puppies so much that they went on to breed more of this charming crossbreed.

More Corgis and Dorgis joined the Queen’s company over her reign and were supervised by Nancy Fenwick, the head gamekeeper’s wife at Windsor. Whenever the Queen was unable to take her dogs with her, Nancy would look after them which led them to became firm friends, bonding over their love of dogs and becoming  practised experts in the breeding and training of Corgis. 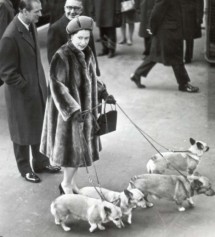 In total, the Queen owned more than 30 Corgis throughout her lifetime, and at one time 10 Corgis were in her care. With such a large number of dogs, many fights ensued amongst the pack – and several people were caught amongst their unruliness and bitten, one being the Queen Mother. The Corgi deemed the troublemaker, Piper, was advised by the dog behaviourist Roger Mugford to be removed from the pack where he went on to live with Princess Anne at Gatcombe Park.

Inseparable from her Corgis – the Queen would insist on them being in a room ahead of her,  packed together into cars and they would descend the stairs of planes. They even made a few appearances at state dinners to put guests at their ease. It is said that one guest who was invited for lunch at Buckingham Palace had taken part in the war in Syria and was exhibiting signs of stress – the Queen had the Corgis brought in where they proceeded to converse about the dogs and give them treats under the table.

Always dreading the loss of her Corgis, the Queen became very upset in April 2018 when Willow, her final Corgi who was descended from Susan, died. She decided not to get any more Corgis, worrying about leaving them behind. With two remaining Dorgis, Vulcan and Candy, Vulcan died in 2020, so the Queen was left with just one dog, Candy. She had also stopped breeding dogs herself. However, in early 2021 the Queen unexpectedly received two more puppies – a Corgi and a Dorgi as a gift. They delighted her and, according to her dresser Angela Kelly, kept her entertained during lockdown and comforted her while her husband was ill.

The Queen called the new Dorgi Fergus – named after her uncle who was killed in the First World War – and the new Corgi Muick, which was said to be after Loch Muick on the Balmoral Estate in Aberdeenshire. Unfortunately poor Fergus died after a few months of a heart-related problem – the Queen was said to have been very upset, but this puppy was replaced by Sandy, another Corgi gifted as a present for her 95th birthday.

Keen to give her Corgis the greatest care, the Queen would take all her dogs for walks in the gardens of Frogmore House on the Windsor Estate even in her later years. She found this very relaxing and had even bonded with her former daughter in law, the Duchess of York on walks together through their joint love of animals. It is also said that it was the Duchess herself who had found the new puppies for the Queen.

When the Queen died, she left behind four dogs – two Corgis, a Dorgi and a Cocker Spaniel. All the dogs will be lovingly taken care of by other members of the Royal family as they had always promised to do.

Throughout the Queen’s lifelong love for Corgis, there is no doubt that they played a very special role in her life, providing wonderful company and endless joy throughout her reign.