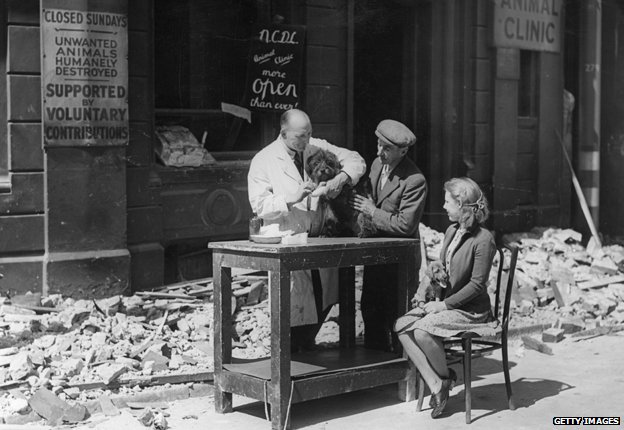 A new book reveals a little-told story of the massive WWII pet cull that saw as many as 750,000 British pets killed in just one week. Bonzo’s War: Animals Under Fire 1939 -1945 tells the story of the summer of 1939, just before the outbreak of war and how the National Air Raid Precautions Animals Committee was formed and drafted a notice which said: “If at all possible, send or take your household animals into the country in advance of an emergency.” It concluded: “If you cannot place them in the care of neighbours, it really is kindest to have them destroyed.”

The government pamphlet added to the atmosphere of fear, and made it seem inappropriate to have the ‘luxury’ of a pet during wartime when people were worried about the threat of bombing and food shortages. Animal charities, the PDSA, the RSPCA and vets were all opposed to the culling, as was Battersea Dogs and Cats Home which opened in 1860 and had survived both wars. The charity saw a surge in people contacting them and asking to euthanize their pets either because they were going off to war, they had been bombed, or could no longer afford to keep them.

Historian Hilda Kean says that the cull was just another way of signifying that war had begun. “It was one of things people had to do when the news came – evacuate the children, put up the blackout curtains, kill the cat.” 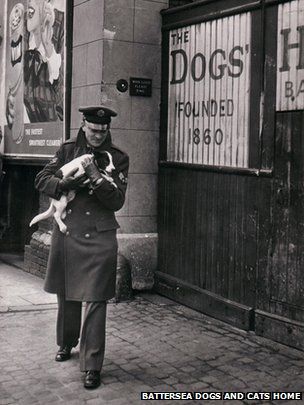 If you’re a lover of cats and the internet, then new online channel Cats 24/7 will provide you with your daily kitty fix.

A sad goodbye to a beloved PetsPyjamas dog

It was with very heavy hearts that we said farewell to one of our wonderful office dogs Steffi, who passed away earlier this week.