Blogger of DIY Shopaholic Michelle whisked her two felines – Tigger and Nala – away for a pet-friendly weekend at the Dryburgh Abbey Hotel.

The hotel is a splendid baronial country house that dates back to the mid-nineteenth century – a private estate situated next to the Dryburgh Abbey and River Tweed. It was only an hour or so drive from Edinburgh and boasts of various amenities, including an indoor heated sauna and pool as well as the possibility of fishing, cycling, pheasant shooting, walking and horse riding. 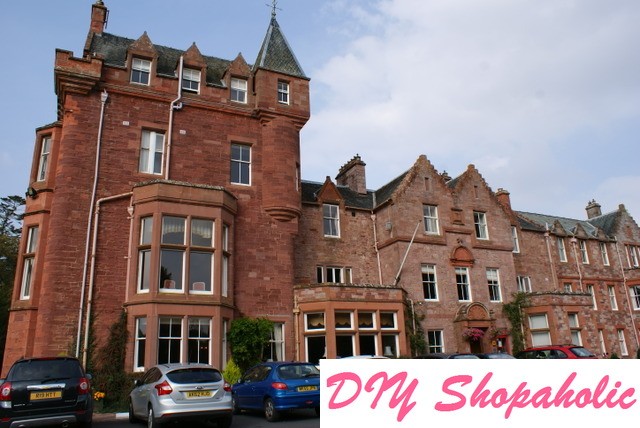 On our arrival, we were warmly greeted by friendly reception staff who then promptly asked, ‘are you the guest with the cats? Do you have them here with you?’ We knew they were excited to see Tigger and Nala – we later learned because we were the second set of guests to bring cats to the hotel! It was evident that the hotel is really pet-friendly (they’ve won Scottish Hotel Awards – Dog Friendly Award 3 years in a row from 2012 to 2014) and all the staff were more than happy to pay the two furry ones attention, which they greatly enjoyed and were more than happy to settle down on the reception counter so other people could coo and stroke them.

When we got into the room, we were greeted by a lovely and fashionable en-suite room with a small seating area which overlooks the car park and property. We also had our welcome parcel from PetsPyjamas waiting for us. 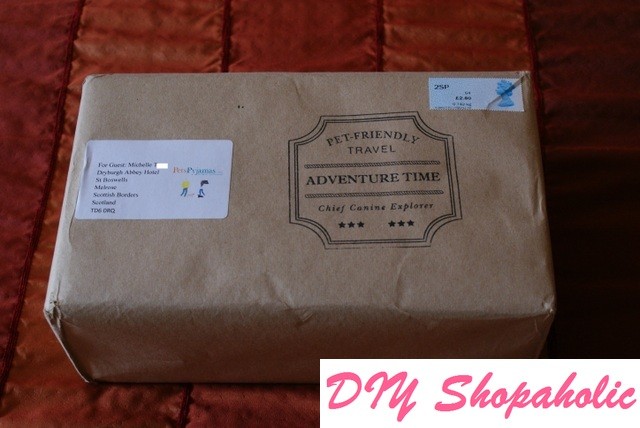 After settling in the room for a while, we decided to walk around the 10-acre grounds of the property. There were other sites to wander around and visit, like Dryburgh Abbey across the wall from the hotel grounds. 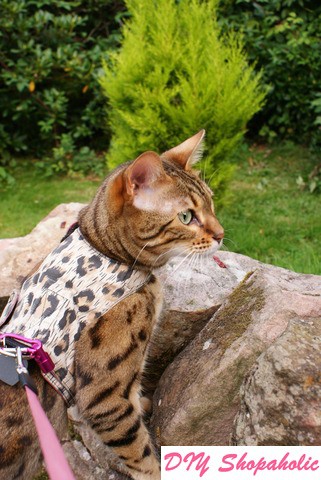 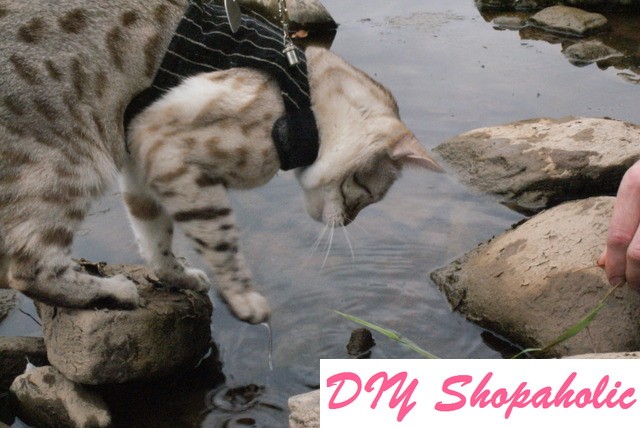 The hotel lies on the bank of River Tweed where guests can learn fishing techniques (although it is considered unethical to fish on a Sunday) or you could walk alongside the river which we did with the kitties. 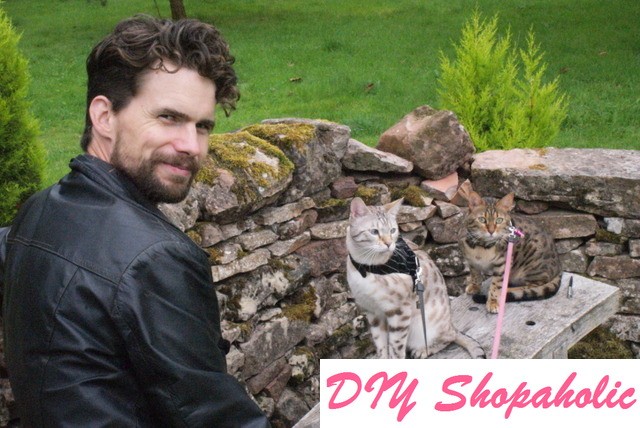 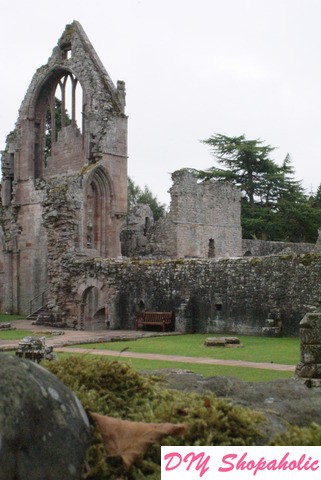 We were spoiled during our stay. The Tweed Restaurant was semi-formal (guests are expected to dress smart) and no pets are allowed, but we were given the Wallace Lounge for our morning breakfast so that we could have the kitties with us. I think they were enjoying the privacy more than we were! They were quite happy to explore the lounge and find window seats to look out of or places to hide behind the settees. 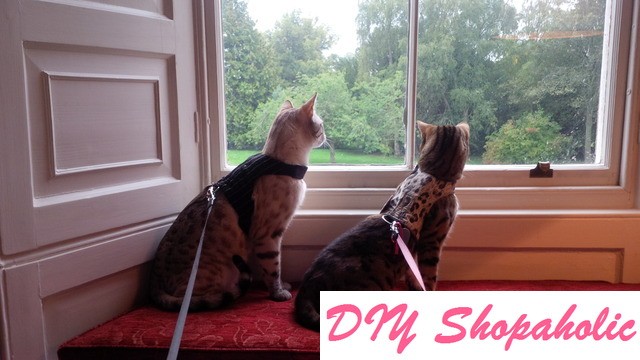 The first night we were there, we were also given the privacy of the Wallace Lounge (although we were told on our arrival we would only really be given this room for our breakfast) because of the wedding party that was there. We were served good food and I was impressed by how a simple pasta dish could taste so good.

The next morning after a nice and restful stay it was time for breakfast. I was expecting the usual continental buffet breakfast, but was surprised to find a menu of cooked breakfast choices at each place setting. I had a difficult time choosing, but decided to go with the Scottish Breakfast while my fiancé went with the Dryburgh Special which turned out very good. I ended up ordering the same thing on our second morning. 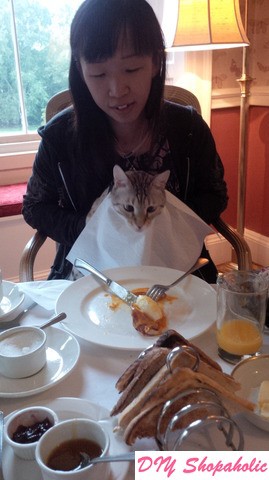 On our second night, we decided to dine at the Bistro Lounge on the ground floor which was the pet-friendly dining area of the restaurant. We weren’t sure whether we wanted to take the cats or not, but since they were quite fatigued from their walk around the hotel grounds, we decided to leave them in the room to settle for the night and went downstairs. The Lounge itself was quite nicely decorated although it was meant to be less formal. The staff were just as courteous as the staff at the Restaurant and we enjoyed the hospitality of the staff without feeling like they were hovering or expecting you to leave quickly after you’ve eaten. 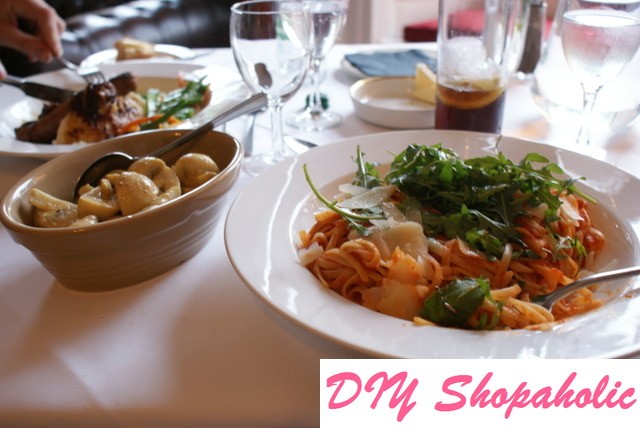 The offerings are somewhat different from the Tweed Restaurant menu although the dishes are just as tasty. From the night before, we learned that it was impossible to have 3 courses, or 2 with a side, so we only had a main course and decided to indulge in some pudding which sounded amazingly mouth-watering.

If you want to know more or go to Dryburgh Abbey Hotel yourself – pick up your bone and call the Pet Concierge on 0203 642 3162 or email us at –woof@petspyjamas.com

Loyal dog keeps watch over her trapped friend for a week

Whilst she waited for help to come, loyal dog Tillie kept watch over her friend Phoebe, who was trapped in a cistern for nearly a week.

We interview adventurer Ben Fogle and find out about his gorgeous lab Maggi.