Ambassador for Eukanuba, Victoria Pendleton, CBE, double Olympic Gold medallist and nine times World Champion track cyclist, chats about her two Dobermans, Stella and Mr Jonty and how they have become part of her fitness routine since retiring 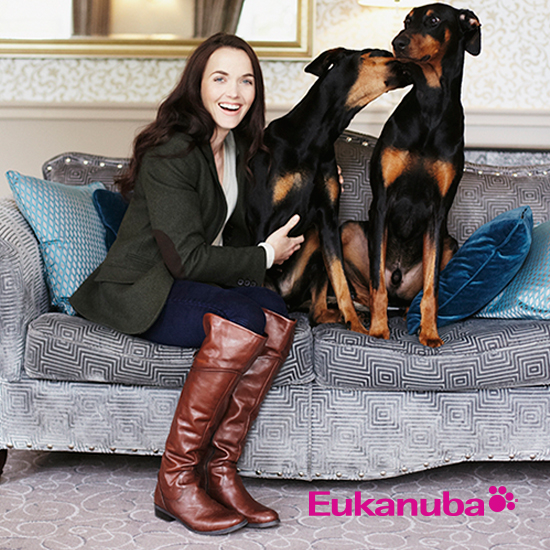 How did you choose these two dogs and how were they when you first got them?

Stella and Mr. Jonty were bought for me as a surprise present, as I’d been saying for a long time that I particularly loved Dobermans. I even visited some breeders and spoke to people who were experts but hadn’t thought that much of it. British Cycling sport psychologist, Steve Peters, a  very good friend of mine, helped my fiancé Scott buy me two little pups and invited me over for coffee and he opened the door and these two beautiful puppies just ran in and my face was just delight and shock. I thought “Wow, I’m a mummy!” it was one of the loveliest things anyone has done for me.

These are my first dogs. I have always wanted dogs but it was always difficult with an athlete’s lifestyle to give them time and attention so when I moved in with my fiancé Scott, we were finally in a position where we could have dogs. My brother and sister both have dogs and I love having them around so I couldn’t wait to have my own.

I got the puppies at 10 weeks old so they were very small and I could sit with my legs crossed and they would both sleep in the middle. As puppies they were so cute. Their paws were so big and their fur was velvety soft. They were very clumsy and very inquisitive but absolutely adorable.

How did you choose their names?

I’ve always loved the name Jonty so I knew if I ever got a dog I would call him that. The mister got added on a bit later, just because he likes to sit around with his nose in the air! Stella was originally called Poppy – but it didn’t really suit her because she was too “in charge”. So my mum suggested Stella and it just fits.

Why did you choose Dobermans?

I chose Dobermans because they make excellent guard dogs and I already had experience with them and I’d fallen in love with them. I worked at a pub when I was at university, and the landlady owned a Doberman, it was absolutely adorable. I thoroughly enjoyed working in the pub for the main reason that there was a dog there all day to keep me company. The Doberman was really loving and sweet, and I must admit that I really underestimated what the breed had to offer. I always thought they would be standoffish or aloof or even aggressive. But I couldn’t have been further from the truth so I just fell in love with the breed. 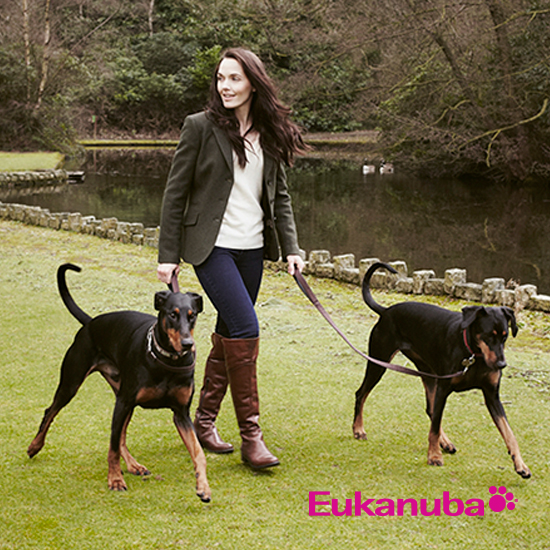 What sort of relationship do you have with your dogs and do they get along?

I have a very close relationship with my dogs. As you can see I am totally besotted by them! Scott always thinks Mr Jonty is a bit of a mummy’s boy. They get on very well but whenever we have visitors they like to play fight so that they are the centre of attention. They love chasing each other but Mr. Jonty particularly likes to be chased, so quite often he takes the tennis ball and runs with it and keeps checking over his shoulder to see if Stella is following.

Did you do any training with them?

Dobermans are described as determined and fearless! We had to take them to puppy training classes very early on because we knew that if we didn’t have them under control they would take charge of the household. Stella is very determined and if you give her an inch she will run a mile so we have to keep a close eye on her. Also, when we walk at night, Stella always tries to keep a look out – she’s a very good guard dog and is always looking out for me.

Describe a perfect day with your dogs

A perfect day with the dogs would probably involve a nice morning walk around Alderley Edge, running around in the woodlands. Then home for some breakfast and a  sleep, and then do a second walk in the afternoon. We like to take them to the beach if we can but they tend to get absolutely filthy with the sand and mud.

Can you tell us your best memory of you and the dogs?

When I met them for the first time it was such a wonderful surprise – that’s definitely my fondest memory of them.

Does your fiancé get on with your dogs?

Scott is very good with the dogs. I think they see him as the pack leader, which I understand. He probably is more in charge than I am – I’m a bit soft on them. He especially likes taking them for runs. They sometimes can’t keep up; he’s a lot faster than I am.

Will they be there for your big day?

I would love to have the dogs there on my wedding day but I feel that they would steal centre stage if they were. And I think having that many people around with the love and attention, they wouldn’t be able to sit still. 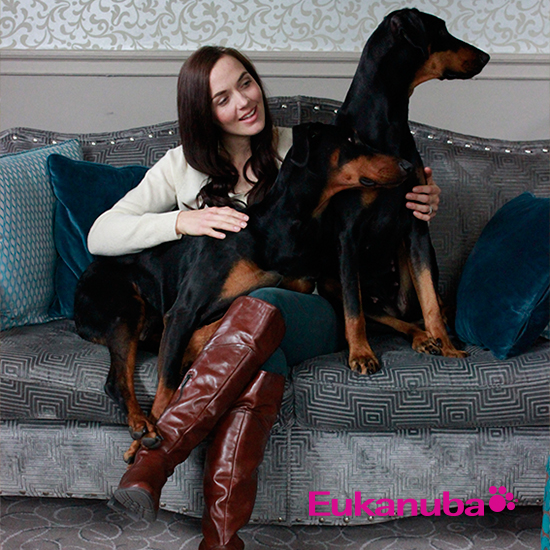 You must spend quite a lot of time between Manchester and London at the moment; do the dogs ever come with you?

Quite often when I go to London I take the dogs to my mum’s. She has a big garden and lives next to a field. They love going to see my mum, because they get spoilt rotten.

So what’s next for Victoria Pendleton? Do you have any new goals now you’re retired from cycling?

At the moment I’m having some time off. I’ve really enjoyed my career as an athlete and I’m not entirely sure what my next goal is. I’ve been trying out lots of new things. But just having a little more time with my friends and family and the dogs has been a real pleasure and something I’ve been looking forward to for a long time.

We interviewed British No.1 Tennis champion Johanna Konta, about life with her No.1 fan, the adorable Bono.

We talk to Katie Canvin, owner of glamorous boutique chain Austique about her Yorkiepoo Muffin.