Courtney Dasher talks to us about life with Instagram star Tuna, their plans for the summer and how the loveable pooch has melted her heart. 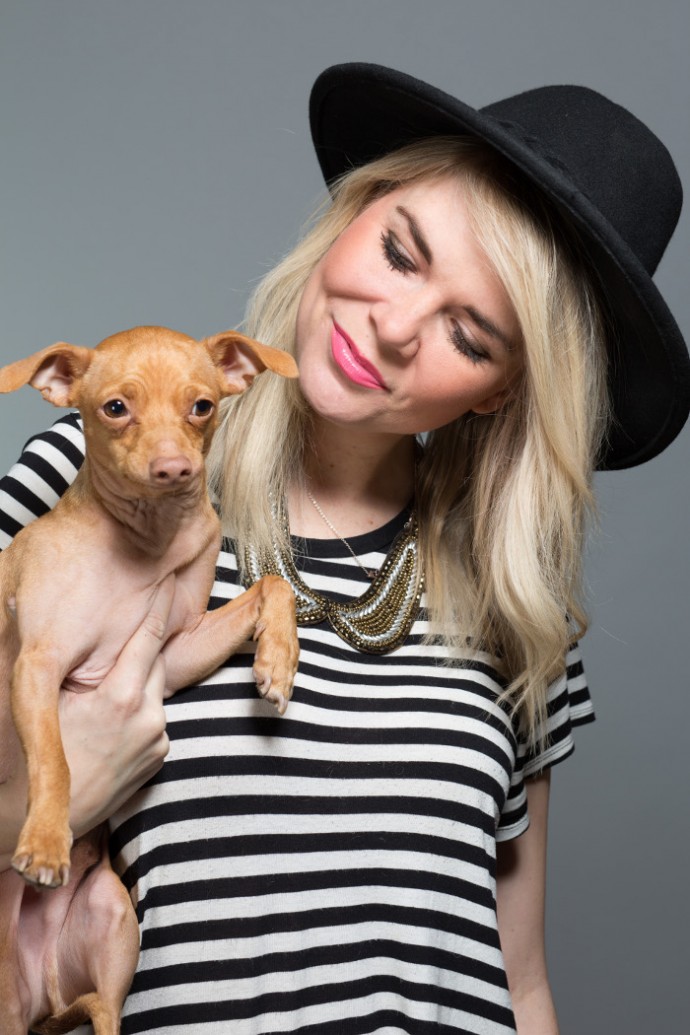 You and Tuna are currently in the UK – what have you been up to?

Correct! We arrived on the 15th of April and plan to stay the entire summer – hopefully longer. At the moment, we are just exploring this lovely city and enjoying living like Londoners. We hope to see more of the UK as well.

What else are you currently working on?

I’ve just released a book called Tuna Melts My Heart, The Underdog with the Overbite, and it’s a 15 chapter, heart-warming story about a day in the life of Tuna with all new photographs and captions. It was released in the UK on 4th June 2015, so we have been doing a lot of things around that like press events and we have our first UK appearance on Saturday 6th June at a book signing in Lakeside. 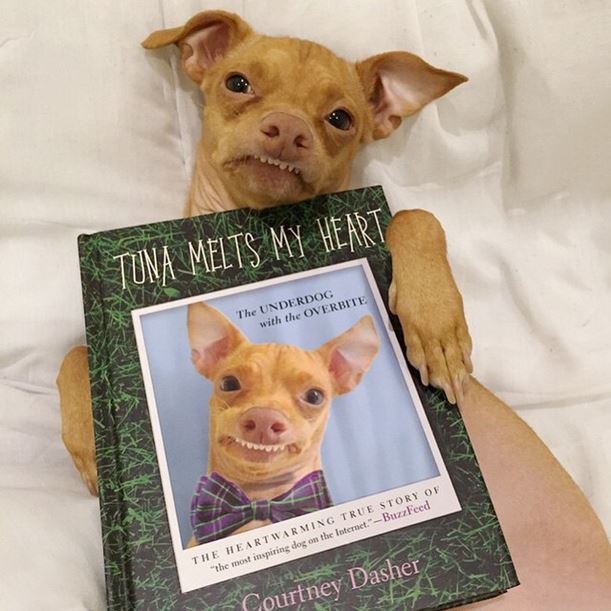 What breed of dog is Tuna and why did you choose him?

I call him a Chiweenie – which is a cross between a Chihuahua and a Dachshund. I initially chose him because he seemed like he needed to be loved and after a few days of fostering, I ended up falling in love with him and – the rest is history.

How does he get on with your friends and family?

He wins over everyone and everyone loves him so I’d say excellent! He really is so sweet and endearing – everyone in my life adores him, and he adores them. Once he loves you, he loves you forever.

It will be five years this Christmas. I officially adopted him on the 26th December 2010. He was the greatest Christmas gift I have ever given to myself! 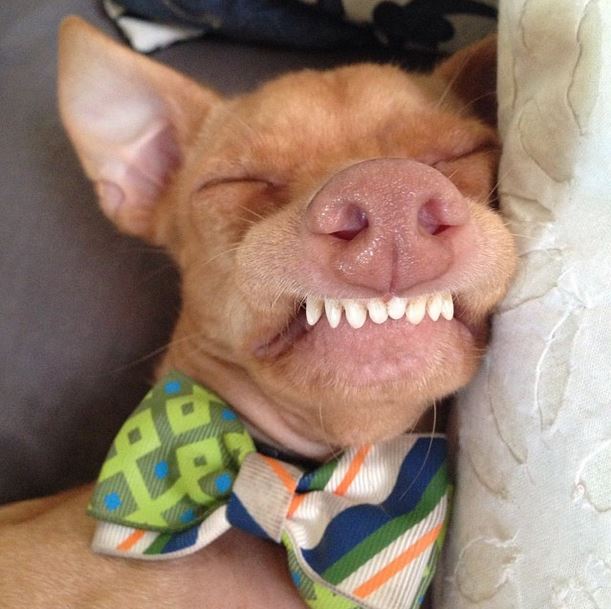 Tuna has over 1.3million Instagram followers – how did that happen?

Back in December 2012, he went viral after a few of his photos were featured on Instagram’s personal account. He went from 8,500 followers to 16,000 in half an hour and overnight, he had 32,000. From there, his following has just been constantly growing. I didn’t have any intentions to garner a large following, but now that I have one, I try to be very intentional with his followers. I’m just grateful and humbled that I’ve been entrusted with over a million people to bring joy and laughter to. 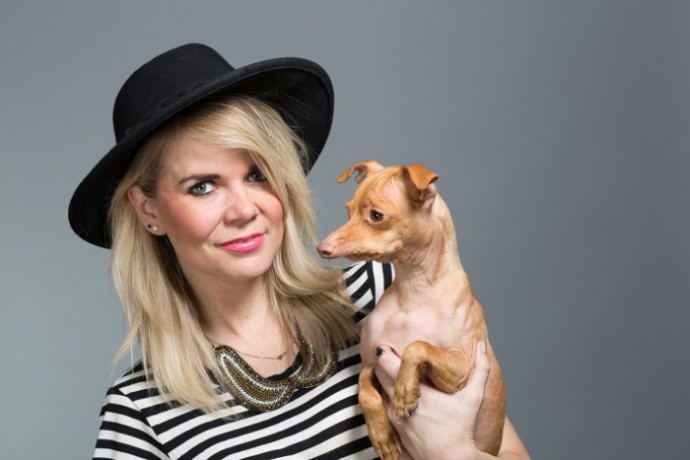 What is it like owning one of the most famous dogs in the world?

It’s surreal and it’s crazy to me how many people love him from every demographic. I’m touched every time someone gets so excited upon meeting him. It’s so endearing. There’s a lot of responsibility that comes with it too. As I said before, I feel like I have been given the opportunity to be a catalyst to change someone’s day with each post, so I take it very seriously and it’s a lot of work. I never would have thought having an Instagram for my dog would turn into a full time job – but it has!

He brings me so much joy! We have such a sweet relationship and he makes me so happy. He’s also helped redefine my purpose. I’m very relational and I love people so much, so to have this platform and to be able to interact constantly with his followers, whether it’s digitally or personally, it’s very rewarding.

I do take him most places because it’s easier. He travels so well and loves to fly and ride in cars and on trains. We’ve been all over the US on two Tuna tours, and whilst in England, we hope to do a lot more travelling! 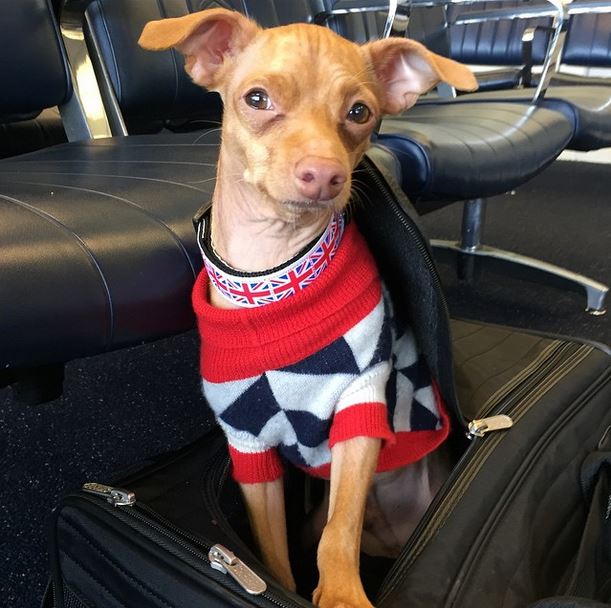 What does Tuna like about being in the UK?

I think he loves it! We walk a lot here which he really enjoys. In LA, I had a private garden so we didn’t do much walking because he ran around in the garden – to go on a lot of walks for him daily is a treat!

Does he have any funny ways?

Tons of funny ways. The way he plays is hilarious. He throws up his front paws, then bats them down and makes a funny growl. He also makes the best faces – as you know – but I still laugh out loud at them most days.

What is his favourite game?

Playing with his favourite toy Colin. We play fetch with Colin and he loves it. We also play something I call “The Tree,” where he play attacks my hand. My fingers look like the branches and my forearm is the trunk and he likes to latch onto it.

Does Tuna have a girlfriend in the UK?

Yes! He has fallen for two girls, both equally beautiful and sweet – Heidi and Lulu Elphick!

Come and chat to the PetsPyjamas team at Pup Aid, held in Primrose Hill Park on the 7th of September.

WALK: Best places for walks in Wales with your dog

From breath-taking mountain ranges to the dramatic coastline, we’ve hand-picked our favourite spots for walks in Wales with your dog.