Embodying Mark Twain’s motivational saying, “It’s not the size of the dog in the fight, it’s the size of the fight in the dog” – 20 lb French Bulldog Jules single-handedly chased off two bear cubs from her owner’s front garden in Monrovia, California. 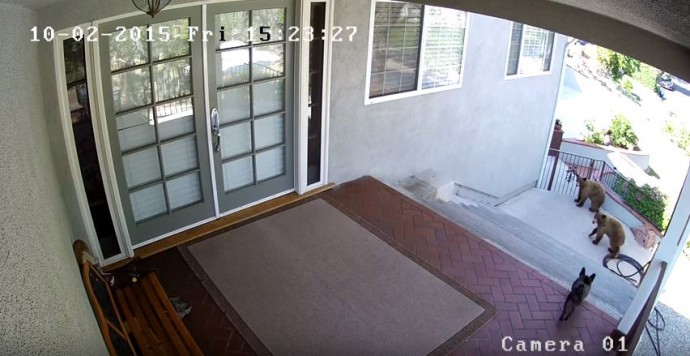 Captured taking her guard dog duties very seriously on a surveillance camera, Jules charged at the two cubs – whose mother was reportedly sitting just out of range of the camera – and chased them up and down her owner’s porch before they scampered off.

At least one of the bears was believed to weigh around 100 lbs.

“She blew me away, couldn’t believe that she turned into a Wolverine,” said her owner David Hernandez who had installed the security cameras to keep an eye on his home. 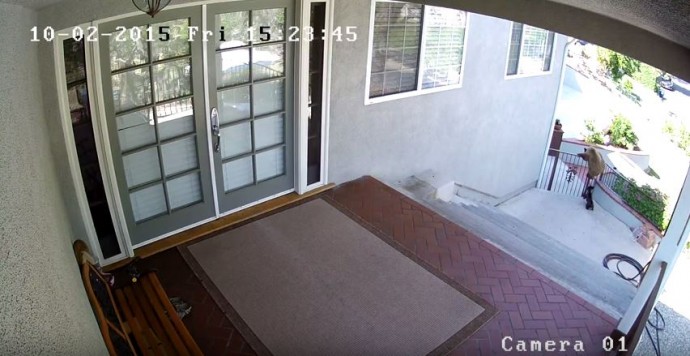 Bears as well as mountain lions, bobcats, coyotes and deer all live in the foothills of Monrovia, and are occasionally known to venture into the residential neighbourhoods – more so since a recent wildfire has impacted the food supply in the area.

The French Bulldog was rewarded for her bravery with a bath, some doggie treats and lots of affection from her grateful and dumbfounded owners.

We meet Made In Chelsea star and fashion blogger Rosie Fortescue and her adorable Dachshund, Noodle.

Puppy gets stuck in car engine

Adventurous pup gets trapped in her neighbour’s car engine but miraculously survives round trip.

The Pet Inspectors at The Cary Arms