We chat to Marie Carter, Editor and Publisher of Pets Magazine, about why she loves Cavalier King Charles Spaniels and hear her tips for anyone thinking of welcoming one into their family. 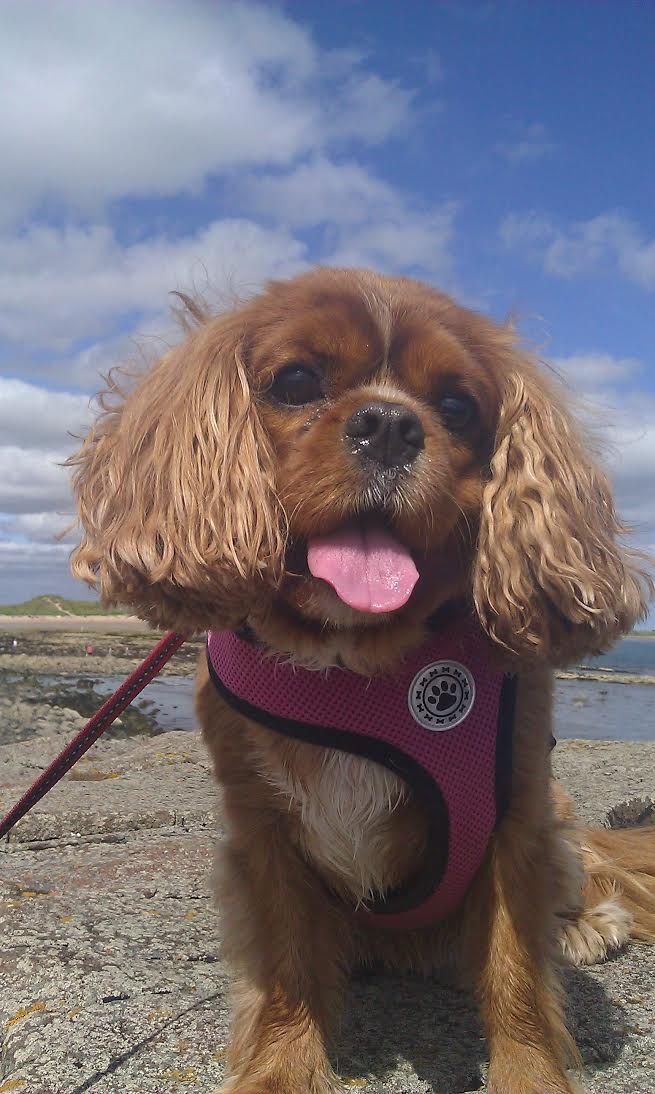 What is the name of your dog and how old is she?

Why did you choose this breed?

I was looking for a dog that wasn’t known to be yappy and was easy going. We always had Border Terriers growing up but although lovely, they can be a handful. Cavaliers are such beautiful dogs and have appealing natures while still having bags of character. They’re the perfect size as they can be carried and ‘small, well-behaved’ dogs are generally more accepted into hotels or holiday cottages.

What do you love about the breed?

Cavaliers are known for being the ‘love sponges’ of the dog world. Sophie loves people and will soak up the attention. Although she ‘says hello’ to other dogs, she prefers people, particularly men! Cavaliers are both home loving and adventure seeking little creatures. They love their comforts including snuggling up on the sofa but are also surprisingly energetic. I wouldn’t really call them lapdogs; they’ve got far more character than that! I’ve fallen in love with the breed, as they’re so beautiful while being people-loving and having loads of character.

Does she come to work with you?

She does! I’m lucky that she is so well behaved and people love her. I split my time between publishing and editing Pets Magazine and working at a senior level at Recognition PR where Sophie has her own bed. ‘Bacon sandwich Fridays’ certainly take on an added significance with a greedy little Cavalier in the office. Cavaliers have lovely big eyes, and for most of them, it’s certainly true that their eyes are bigger than their bellies.

Does she have any special requirements, health issues?

Does she have any special characteristics?

She has the amazing ability to ‘brainwash’ anyone, but particularly me, into giving her treats, especially choc drops. She stares deeply into your eyes until your will gradually bends to hers! She has two favourite hobbies – mounting her large stuffed toy called Mr Tiger and eating cigarette buts (when she can get away with the latter!) She’s very pretty and cheeky, but very well behaved at the same time.

Have there been any amusing incidents?

There was the incident when she was a puppy with the large water lily at Fountains Abbey in North Yorkshire. She was exploring and stepped on to the lily falling through into about a meter of water. She was fine, but a little shocked. It probably explains her dislike of swimming, even to this day.

Does she have any favourite foods?

Aside from doggie chocolate and fish sticks from Lily’s Kitchen, her new favourite food is Burns Penlan Farm range. She also loves pasta and rice with chicken or any meat or fish. 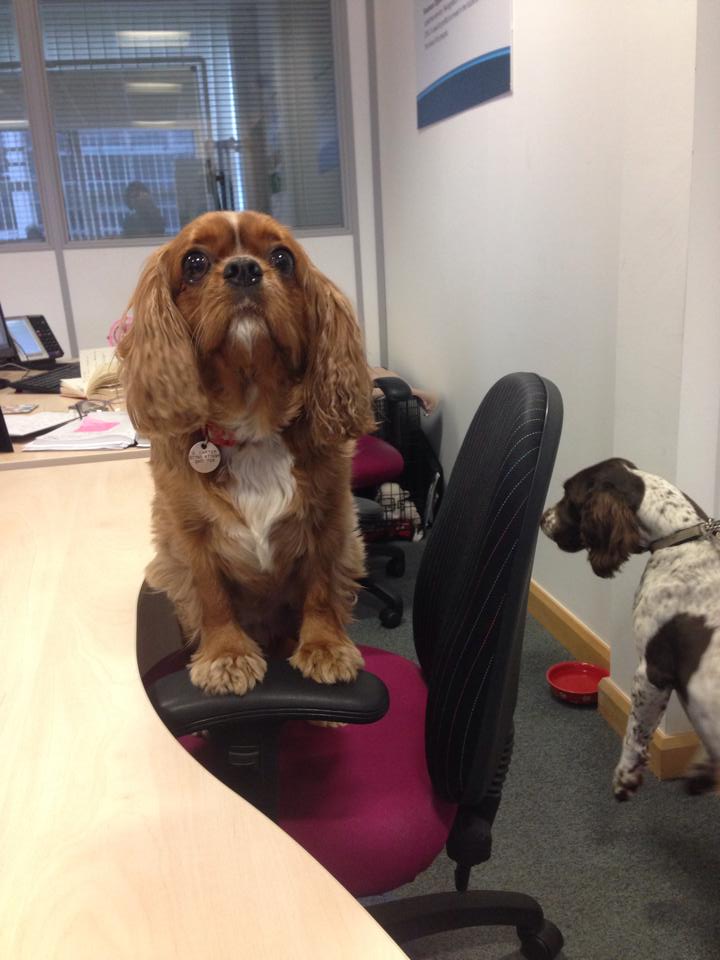 What are her favourite places to hang out?

Sophie’s equally at home in the countryside and in the city. Her favourite places include Beamish Museum in County Durham, as owners with dogs can wander through the grounds. She loves the attention and likes going into the 1900s pub for crisps.

She loves the seaside and running along the beach, but doesn’t really like getting more than her feet wet.

She also loves going to a dog friendly pub for lunch where she will lie under the table and eagerly wait for scraps from the table.

She’s also at home walking through a city and doing a perfect impression of a ‘pooch about town’ in one of her designer dog harnesses.

Do you take her on holiday with you, if so where do you go?

Yes, when going to a cottage or staying at a dog-friendly hotel. The National Trust has many dog-friendly cottages that are also lovely and in picturesque settings. She’s been to the Lakes, Yorkshire, Scotland and Cornwall. It would be lovely to take her further afield but I wouldn’t want her to travel in the hold of a plane, as she’d be too scared.

What would you advise others thinking of getting a Cavalier King Charles?

It’s really important to do some research before getting a Cavalier as they are prone to health issues, including heart murmurs. I made sure Sophie was from a reputable breeder, and her parents were ‘heart clear’, meaning no murmurs.

There is a heart-breaking condition called Syringomyelia (SM), which is reported to be “very widespread” in the Cavalier King Charles spaniel breed. Syringomyelia is a disorder of the brain and spinal cord, which may cause severe head and neck pain and possible paralysis. Check the Kennel Club’s list of Assured Breeders and NEVER buy from a website or a pet shop. You could be inadvertently supporting the evil trade in puppy farming and will have to deal with the fallout of significant health issues. Finally, always see the pup’s mother in her home environment and get a pedigree certificate.

Where do you exercise her and how much exercise does she require?

During the week, she will get between an hour to one and a half hour’s a day split between lunchtime and the evening. If working from home, she gets out in the morning for a longer walk instead of lunchtime and that’s generally through local woods and fields. Her lunchtime walks are often on some grassy areas near a business park. Weekends are more adventurous with perhaps a trip to the seaside or walk in the countryside and maybe even a trip to a cosy country pub for scraps! She can easily manage about five miles and has walked nine miles in her younger days.

Any downsides of Cavalier King Charles?

Aside from the health issues, there are no downsides, as Cavaliers can be the most lovely, loving and eager to please dogs. Sophie fits into my life rather than the other way round and she’s so easy going that it’s always a pleasure and certainly not a chore to take her with me to work. She’s not a morning dog either, so she’s perfect if I want a lie in at the weekend!

A Tale of Two Shaggy Sheepdogs

When is styling your pet taking it too far?

ThankFiFi fashion blogger, Wendy H Gilmour asks the question, “When is styling your pet taking it too far?”

Top 5 training tips for you and your dog