It seems mobile phone company Three are hoping to bank on Britain’s love of furry felines with their new ‘Sing It Kitty’ advert.

The follow up to their hit ‘Dance Pony Dance’ advert from last year, sees a young girl and her pet cat cycling round their neighbourhood whilst miming to Starships’ 1985 single ‘We Built This City.’ 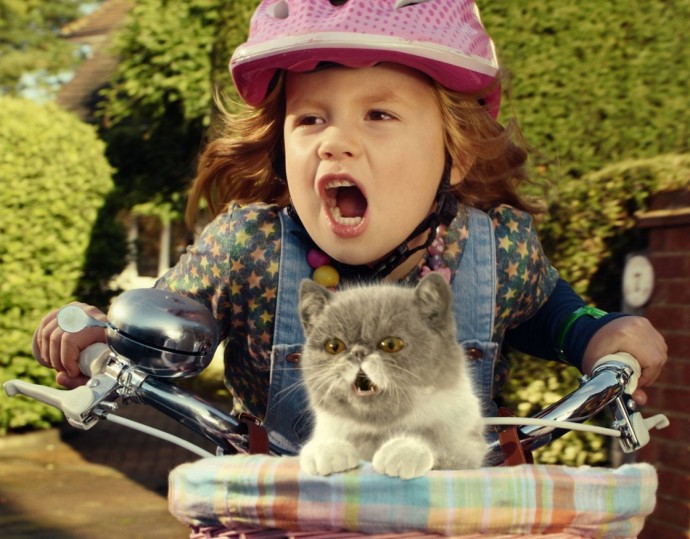 Viewers of the advert originally believed the cute moustached feline was completely computer generated, however it has been revealed that the exotic shorthair is seven-month-old kitten Simcris Bronte Bronjoy – Bronte for short – from Warwickshire.

Her owners Caroline and Lyndon Bailey couldn’t believe it when the television company selected Bronte as the new star. “We got a call from an agency saying they wanted a short haired exotic but didn’t explain what they wanted her for.” 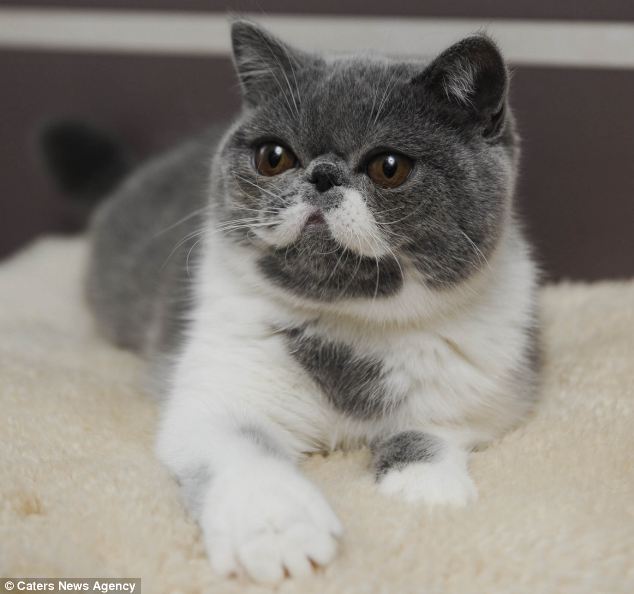 “It’s just like winning the lottery, there are thousands of cats and kittens in Britain – it just so happens that Bronte is special – I always knew she was a star,” said Caroline.

After she was cast, a cat trainer was flown in from LA to teach Bronte how to ride in the basket and look into the camera. 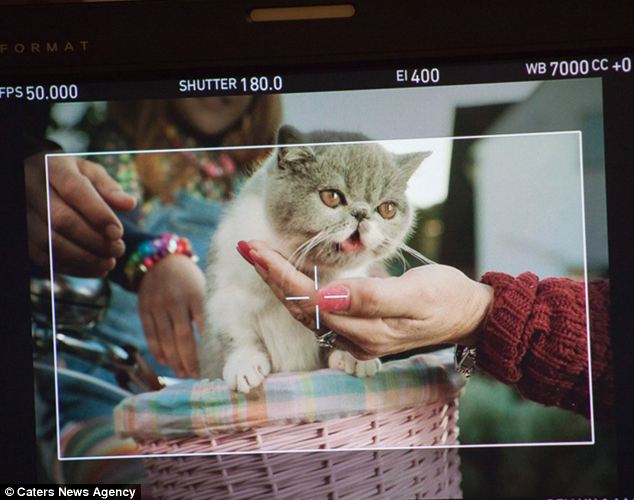 Fans can star in their own version of the video with Bronte by uploading a picture of their face. They can then watch themselves mime and ride around the cul-de-sac in what Three has described as ‘an epic and emotion-filled journey.’

To celebrate Devon the Westie’s win at Crufts, we’ve put together these fun pictures and facts of the popular breed.

Getting your Cocker Spaniel Ready for Spring

Cocker Spaniel expert Kinga Geszler tells us how best to prepare your Spaniel for Springtime.