Why I love… Tonkinese Cats

We chat to Ziela Haider, who lives in East Dulwich with her husband and two Tonkinese cats.  As an avid lover of the Siamese– Burmese crossbreed, she explains that their chatty nature and affectionate personality is just a few reasons why she could never be without them. 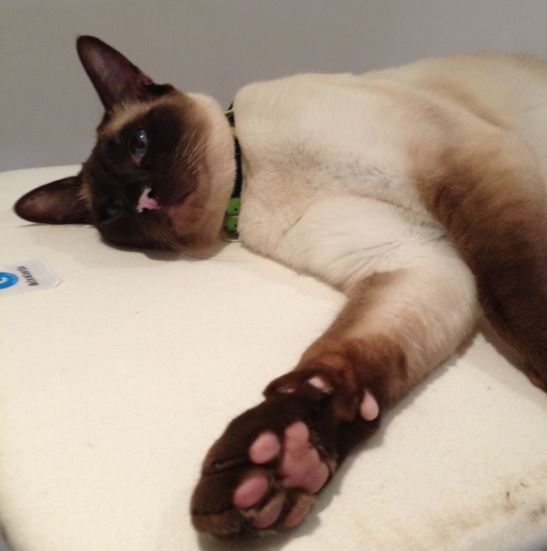 What are the names of your cats and how old are they?

I have two Tonkinese cats called Miles and Grace who are brother and sister. Grace is half the size of her brother but is definitely the boss.

Why did you choose this breed?

I first got to know the breed through my uncle and aunt in Australia. They had two Tonks called Basil and Rosemary and I remember being enchanted by their naughtiness as a kid. They would hurtle in from the garden at full speed and springboard off the sofa, regardless of whether anyone was sitting on it. I was amused by how bold they were, but also by how friendly and affectionate.

What is it you love about the breed?

They have beautiful, loving natures. I adore the way they command your attention and find creative ways to communicate their needs. They have about ten different meows to get what they want. From a high pitched “didn’t you hear me!” yowl to a chirrup and a croak. They also have an impossibly cute ‘silent’ meow where they mouth the word with no sound. They pull that one out for emergency use, like when they sense we’re running low on tuna.

Do they have any special requirements or health issues?

Tonks crave company and don’t like being left alone for long periods, which is often why people have two so that they can keep each other company when you’re out. They are generally quite a healthy breed and require only a little grooming, but they need plenty of entertainment to prevent them from becoming bored and destructive. 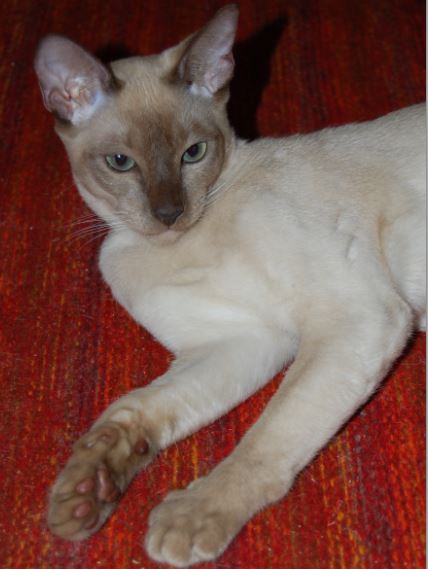 Do they have any special characteristics?

They are mischievous, affectionate, playful, intelligent and energetic.

They love being centre of attention and hate being ignored. When guests visit they’ll jump onto their laps and pat their cheeks to get their attention. If that doesn’t work they will clamber over you and try to nibble your chin until their tummies and ears are suitably tickled. Miles has a habit of staying out later than his sister. If we go out looking for him Grace will trot alongside us as we whistle for him and sometimes bops him on the head when we find him!

What is their favourite food?

They  go nuts for fresh chicken and fish.

Where are their favourite places?

Miles regularly saunters in from one of his jaunts smelling of coffee or perfume or occasionally with red lipstick marks on top of his head. They both love to visit the neighbours to score a second breakfast and some extra cuddles.

What would you advise others thinking of getting a Tonkinese?

Consider whether you have time for the breed. If you’re fixed on kittens consider a pair as they get lonely and are happiest when they have company. A bored Tonk is an unhappy Tonk! They are very sociable cats and need plenty of space to exercise safely and also lots of time with their owners as they form a strong attachment to their family. 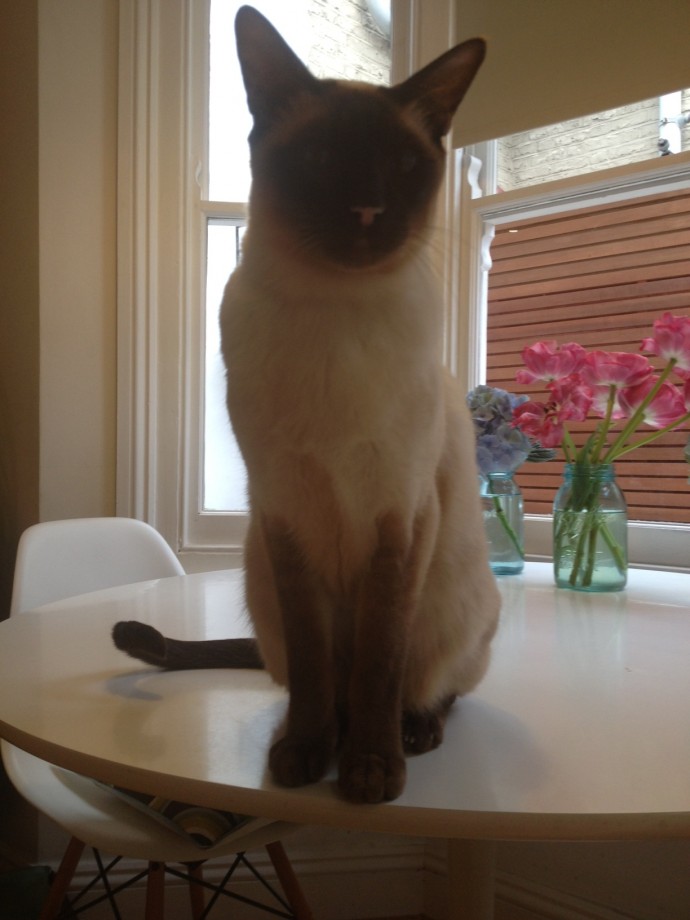 Where do you exercise them and how much exercise do they require?

They enjoy the garden and we provide them with plenty of space to climb as they love perching in safe places up high. We have to keep a fairly close eye on them when they wander off as they are very trusting and can get into trouble. Miles loves a game of fetch with a feather or straw. Grace prefers her toy rat and screwed up balls of paper.

Any downsides of owning a Tonkinese?

Tonks can be very vocal cats. They are real chatterboxes, which isn’t for everyone! They have inquisitive minds so they suit owners who can spend time with them every day.

They have lost countless collars over the years but the ones from Hamish McBeth seem to last the longest.

Anna Halliday, owner of Hally’s cafe in Parsons Green chats about her Irish Terrier Arthur and how he loves to visit her at work.

In her third blog instalment, Princess Katalin zu Windischgraetz, discusses how the health and well-being of a pet is an important factor when designing her unique range of pet beds.

Founder of The Holistic Pet Company, vet Holly Mash shares her tips on how to keep your pet calm and safe during firework nights.