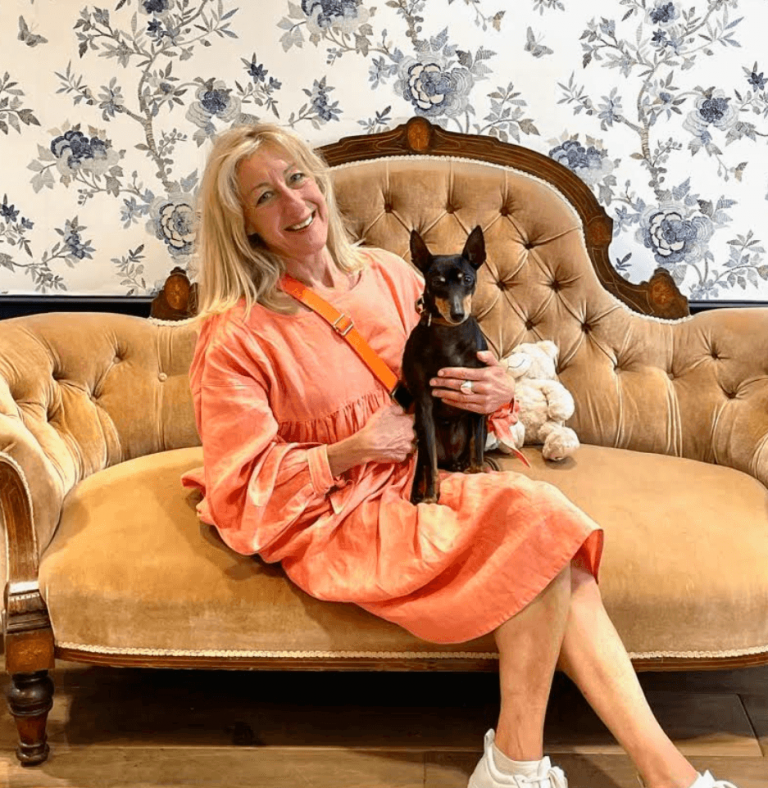 We caught up with Nutrition & Behaviour expert and podcast host, Anna Webb, as she tells us about her doggie podcast, her favourite dog-friendly places, and her beloved pets. Anna is the proud owner of a Miniature Bull Terrier called Prudence, a re-homed English Toy terrier called Mr Binks, and a rescued street cat called Gremlin.

Anna has studied with the College of Integrated Veterinary Therapies (CIVT), and is the broadcaster and host of award-winning podcast, ‘A Dog’s Life‘ 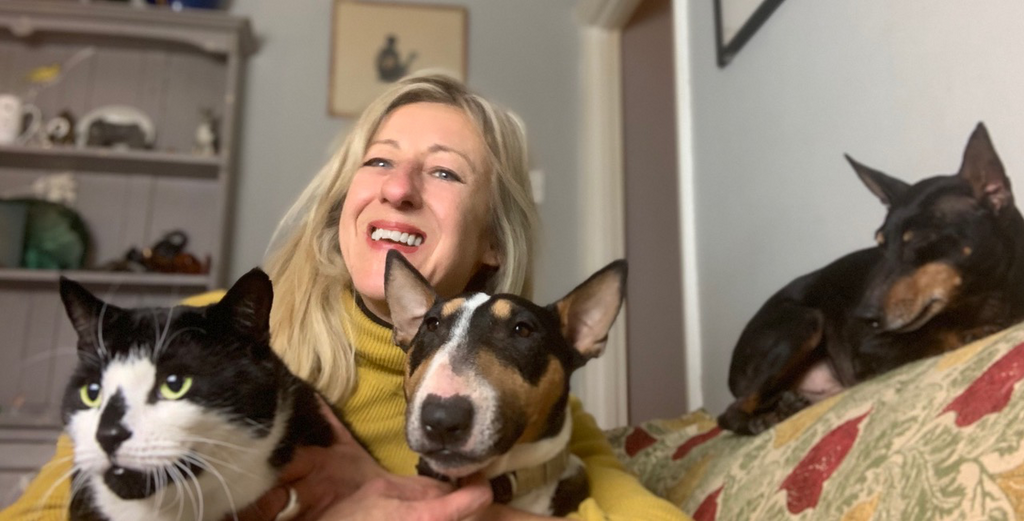 Firstly, tell us about your fabulous podcast ‘A Dog’s Life‘ and your work as a dog behaviourist.

My award-nominated podcast ‘A Dog’s life’ (streaming on all platforms) helps ‘pet parents’ navigate living with dogs in a modern world. I talk to scientists, experts – people who have and are changing our understanding of dogs – on everything from emotional intelligence to nutrition to behaviour, delving deep into subjects like homeopathy, telepathic communication and the pet food scandal. I chat about the cultural legacy of dogs in art, literature, film. Covering topical issues like banning Greyhound racing, dog theft to training and travelling with your pooch. It’s thought-provoking, alternative, and not a little bit subversive. Its inspiration – my lifelong passion for dogs, my radio experience co-hosting Barking at the Moon on BBC Radio London, not least my first Bull Terrier, Molly.

As a Nutrition and Behaviour expert, I fuse my Psychology degree with my study at the College of Integrated Veterinary Therapies to offer a holistic view to behaviour and training. With over 20 years’ experience living with dogs in London, I like to help turn a dog’s world into a game based on rules and teamwork. 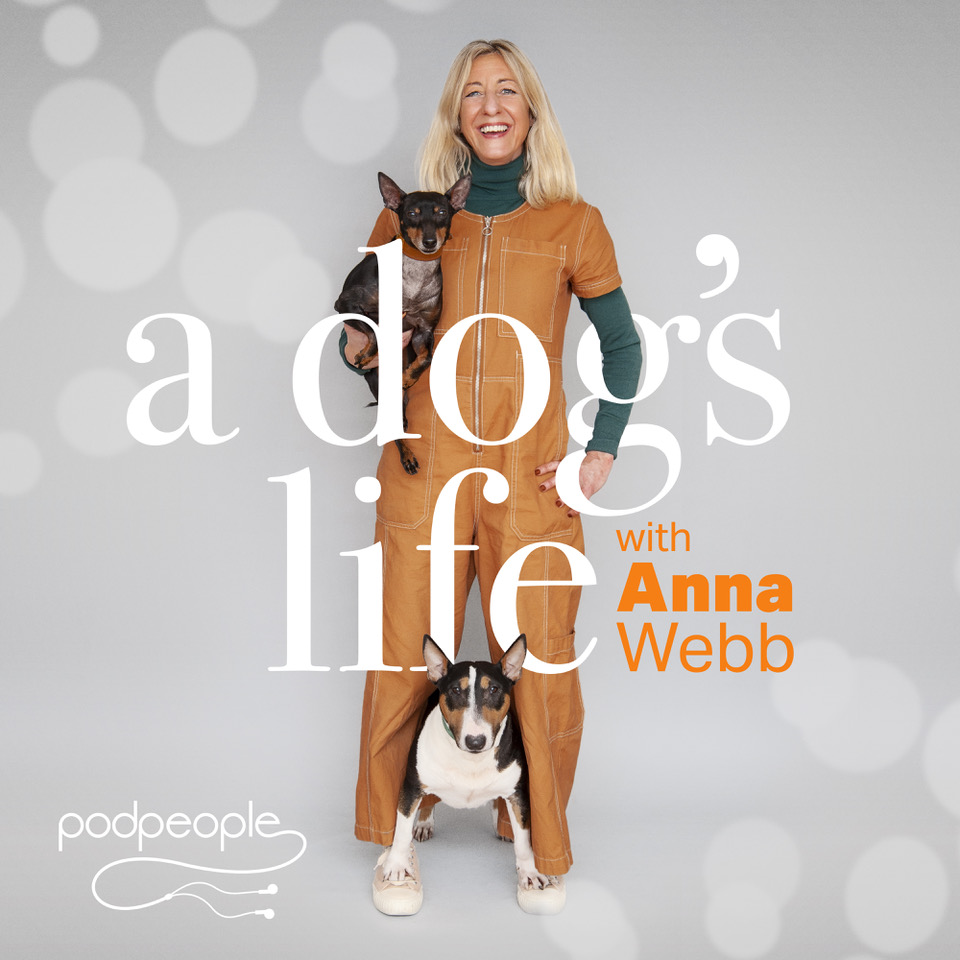 When did get Mr Binks and what breed is he?

Mr Binks arrived in 2014 aged two and a half, and has just celebrated his 10th birthday.   He is an English Toy Terrier (ETT) and one of the 23 native breeds, deemed vulnerable by the Kennel Club. Last year only 70 ETT’s were born in the UK, compared to over 50,000 Labradors! His breeder wanted to find him a forever home, where he would receive the appropriate care and rehabilitation. Mr Binks had his left removed as a nine – month pup, due to a condition he has called Legg Calves Perthes disease. Fortunately, we’ve managed this with acupuncture, red light therapy, a raw food diet, supplements, and lots of love! He has blossomed and takes being the co-host of A DOG’S LIFE with understated confidence.

Does he have a best friend?

When Mr Binks moved in with me, Molly my first Miniature Bull terrier, and Gremlin my cat, he was very timid. He’d had two homes already, and he wasn’t emotionally or physically very strong. Molly was his mentor. He was devastated when she passed, it took him time to accept the ‘Ta Dah’ personality of Prudence my second Mini Bull Terrier. They’re the odd couple, but opposites can attract. Prudence has helped Mr Binks ‘man-up’ and he’s taught Prudence be less gung ho.

What are your favourite dog-friendly places to visit?

We love embracing the ever-booming dog-friendly culture in London. Being small, elegant and perfectly mannered Mr Binks is my ‘wing man’ at lots of events. He loves recording podcasts in real life, especially at Quo Vadis on Dean Street, he’s also a fan of the super cool Jim’s Café in Hackney, and he loves strolling up Marylebone High Street, and taking in the stylish vibes in the Conran Shop’s dog-friendly café. He also loves the dog-friendly screenings at The Picture House Central, on a Sunday at Piccadilly.

Sniff out our favourite dog-friendly cafes in London.

Mr Binks was not the most confident little chap when he first arrived. So, the first standing ovation he received (just three months after moving in) was momentous, if not a bit uncanny. Having explained to the audience at a literary festival promoting ‘Barking Blondes’ (co-authored by myself and Broadcaster Jo Good) that Mr Binks was a bit shy, and wouldn’t do a sit-stay, he surprised everyone. Performing a bold sit/ stay right on cue. Creating a classic comic moment, in his unassuming way, that’s his style.

Has Mr Binks met anyone famous?

When we recorded BBC Radio London’s The Barking Hour on the BBC piazza, live every Thursday on Jo Good’s afternoon show. Mr Binks met lots of celebrity guests.  He’s danced with Will Young, met Leone Lewis and Paul Simeon from The Clash (who also owns an English Toy Terrier) to name a few. But Mr Binks’s claim to fame was being recognised by Johnny Depp one afternoon in Soho!

What life lessons has he taught you?

Mr Binks has taught me that patience is a virtue. He’s proof that the shyest, nervous dog can be turned around. He’s a testament that with a species-appropriate diet, and other therapies really can make a difference. Moreover, he’s shown me that you can build trust and communication when its broken.

Top 10 Dog-Friendly Days Out In Hampshire 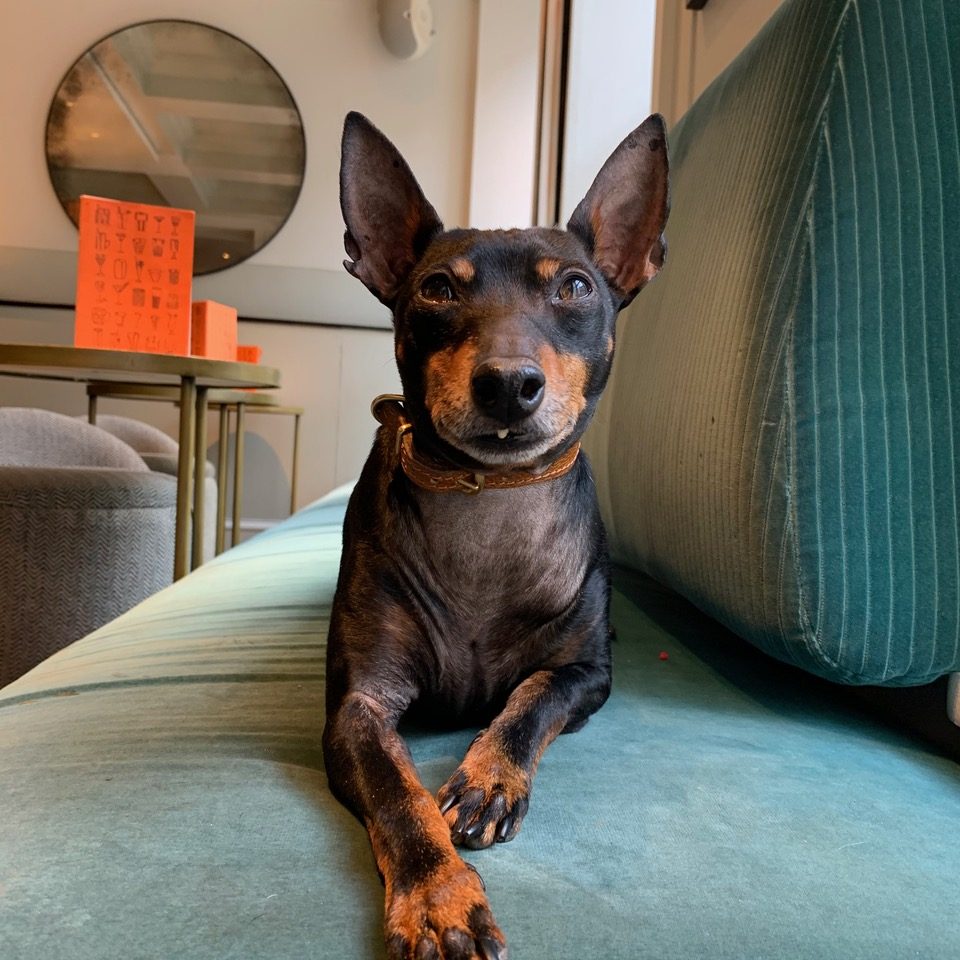 Where do you like to travel with Mr Binks?

Mr Binks is definitely a metropolitan town kind of dog, so that largely decides where we go. That said he enjoyed visiting Shropshire for some glamping last summer. Unlike Molly my first Bull terrier who went to Paris several times, Mr Binks hasn’t been abroad. He’s made up for it staying in some lovely truly dog-welcoming hotels over the years, from The Cliveden in Berkshire to The Milestone in London and he’s no stranger to a traditional afternoon tea!

Sniff out our fabulous collection of dog-friendly hotels in London.

What are your favourite parks/coffee shops etc?

Living in Hackney we’re blessed to have some great outdoor spaces. Victoria Park is classic and elegant, whilst we love the slightly more rugged Marshes where there’s riding stables and even cows grazing in the summer! We’re spoilt for choice with dog-friendly cafes like Venetia’s on the Chatsworth Road, where they serve a mean Chai Latte. Mr Binks enjoys the All Press Expresso on Dalston Lane where they grind the beans on location. It’s got a quirky garden and super leather banquette seating inside.

Anything you feel strongly about with regard to animal welfare?

There’s so much I feel strongly about. As my dad was secretary of the RSPCA Shropshire branch when I was eight, I learnt about animal cruelty and neglect very early on, and that’s where my passion to help and understand animals began.  At the same time, I learnt about the worst in people! If animals were credited as sentient beings in a court of law, it would impact positively across all aspects, not least on pet theft which is about criminals causing heartbreak, as animals are still classified as ‘chattel’, enabling a crime that’s low risk, high reward with a maximum six-month prison sentence. Another area is testing on animals, something that inflicts so much suffering in the name of consumerism.

Get 10% off all travel gift vouchers this weekend

We had the best time at the @thedogvine Pup’s Pa

✨ UPDATE: WE HAVE ANNOUNCED OUR WINNER @bailey_t

Hello Payday 💷 Get up to 25% off all dog-friend

🎃Treat yourself to a dog-friendly getaway today

Processing…
Success! You're on the list.
Whoops! There was an error and we couldn't process your subscription. Please reload the page and try again.
Type to search or hit ESC to close
See all results