Our pets really are a miracle, aren’t they? They give us so much joy, laughter, love and companionship. And in return we love to give them the best of everything, from delicious healthy food and bags of great time together, tasty treats to the very best in vet care. But what happens to those pet owners who fall on hard times? Who can they turn to if their beloved companion is sick or injured? We found the answer… 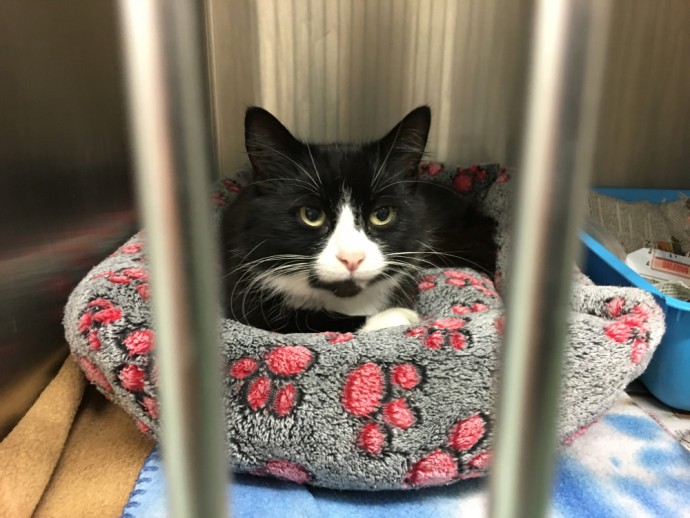 PDSA is the UK’s leading vet charity. It exists to help the pets of people in need and has been doing so for almost 100 years. PDSA’s vets and nurses care for the pets of the elderly, the disabled, and those facing the most difficult financial times.

In the East End slums of 1917, a young woman called Maria Dickin volunteered to help impoverished women and children in Whitechapel. But it was the plight of their animals that moved her.

In her book Cry of the Animal, Maria describes what she saw:

‘The suffering and misery of these poor, uncared-for creatures in our overcrowded areas was a revelation to me. I had no idea it existed, and it made me indescribably miserable…How dreadful for the animal and the owner…The whole problem haunted me; someone had to do something to help. I decided it was up to me to make a start.’ 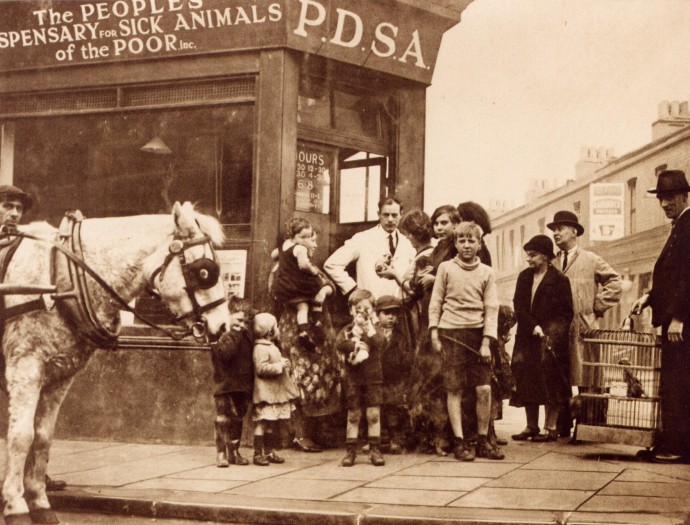 The concept of the People’s Dispensary for Sick Animals, now known as PDSA, was born and from there, Maria gathered a vet, begged the use of a basement and hung a sign that read:

Bring your sick animals. Do not let them suffer. All animals treated. All treatment free.

‘Have you ever suffered pain until you did not know how to bear it any longer? Animals suffer like that, only they are not able to say so!’

Word soon spread about the place where animals could be treated for free and PDSA quickly expanded to keep up with demand.

They Help So Many Pets!

Almost a century after Maria’s vision was made a reality and today, PDSA’s dedicated vets and nurses at their 51 Pet Hospitals and 380 Pet Practices work tirelessly to provide 2.7 million veterinary treatments. This helps almost half a million much-loved pets and brings peace of mind to around 300,000 owners.  In fact, no other animal charity operating in the UK right now compares to PDSA’s scale and reach. That’s mind-blowing! 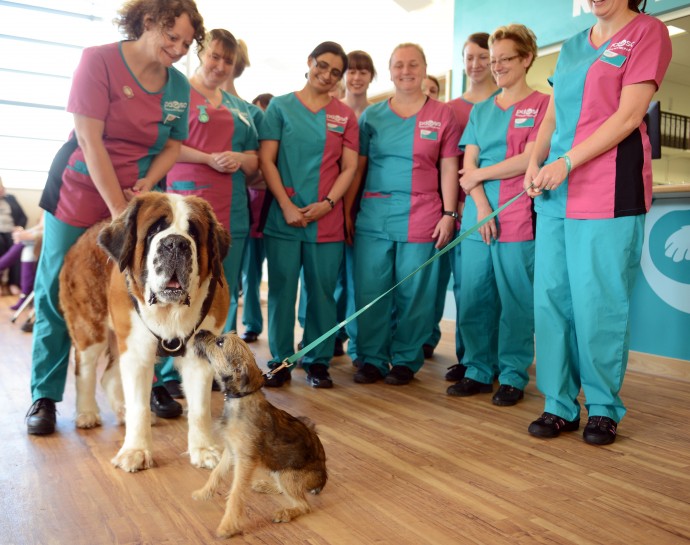 Marion (59) had been undergoing gruelling chemotherapy for months when she suddenly developed septicaemia. Having pulled through, Marion believes it’s only because of her beloved pet dog, Beau that she’s still alive. 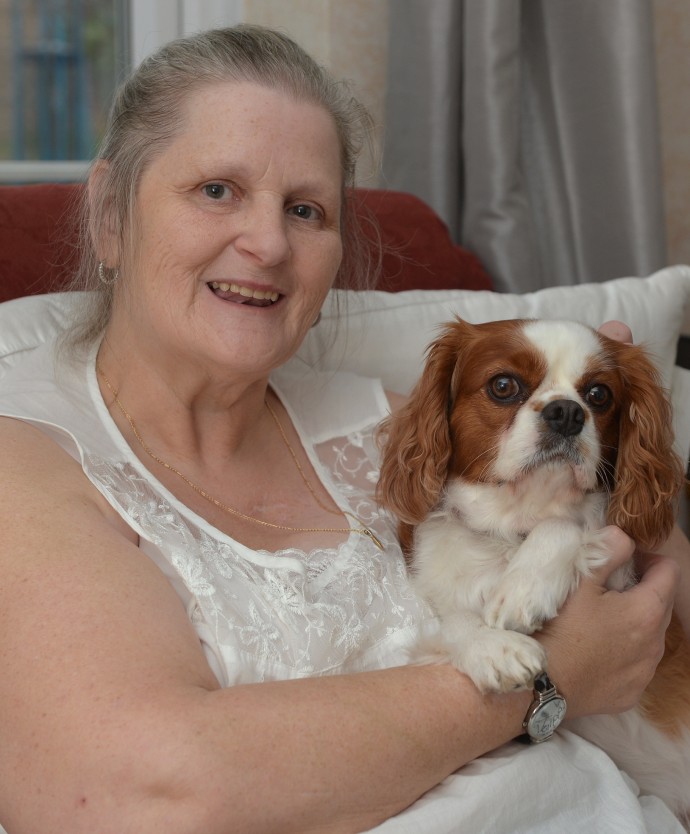 Pictured is Beau a Cavalier King Charles Spaniel who has been a rock to Marion Challis (pictured) while she battled breast cancer. Beau has health problems herself and is receiving long term treatment from PDSA in Hendon, London, for conditions including arthritis. Marion says she is hugely grateful to PDSA and claims her pet wouldn’t be here without the expert vets and nurses at Hendon.
Thursday, 31st October 2014. Picture by Ben Stevens

At one point during her illness, Marion was so poorly that she can’t even remember the day her sister found her in such a state that she was rushed straight to hospital.

Thankfully Marion, from Edgware, London, survived the septicaemia, successfully battled breast cancer and has since been in remission.

However she believes if it wasn’t for the loving bond she shares with Beau, a Cavalier King Charles Spaniel, the outcome wouldn’t have been so positive.

Marion said: “I actually got Beau when I was going through chemotherapy and I think that she really did save me.

“The only thing that forced me to carry on and get up was Beau – feeding her and looking after her. When the doctors assessed me they said I was so unwell that they didn’t know how I had kept going. I do: If I didn’t have Beau looking out for me, I wouldn’t have made it, I wouldn’t be here today.”

Now the tables have turned somewhat and its Marion who is caring for Beau, with help from vet charity PDSA’s Hendon Pet Hospital. The beloved five-year-old pet has suffered her own ill health in recent years. She’s had major knee surgery, a lump removed from her chest and endures numerous other problems, such as long term arthritis.

Marion said: “I don’t know what I’d do without PDSA as they have done so much for me and Beau. When I found a lump on her I was really worried and all sorts of things went through my head but the vets at PDSA were so calm and good with us. Without them I wouldn’t be able to have a dog and they have been an absolute lifeline.”

We were lucky enough to meet a couple of members of team PDSA and when they explained to us how much they do for pets, we were seriously impressed. In fact, we were so impressed; we have nominated them as our charity partner and plan to help them raise lots of much-needed cash to help them continue their life-saving work. 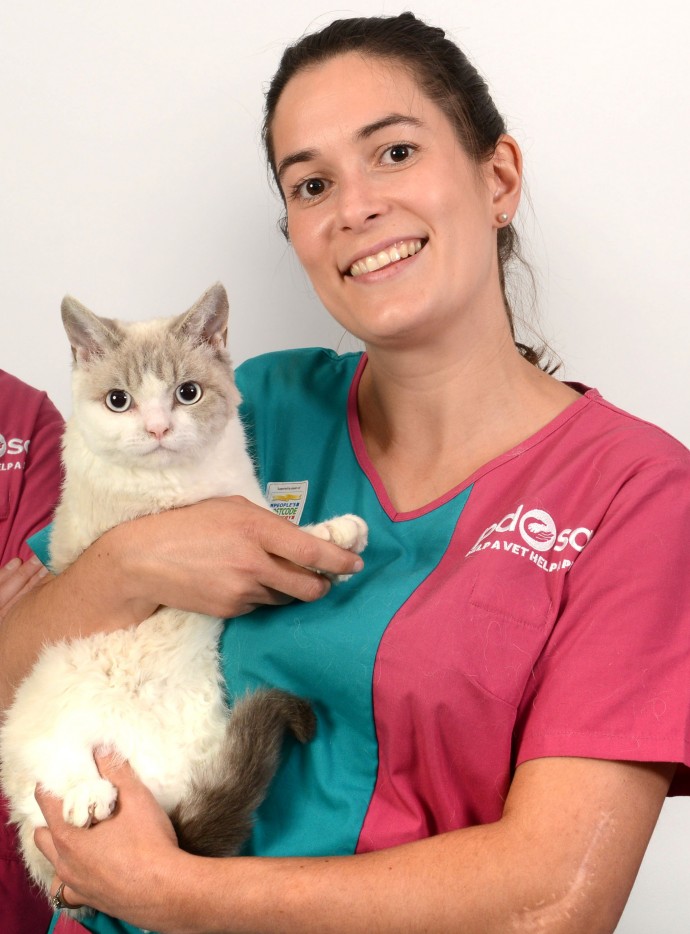 PDSA Vet, Vicki Larkham-Jones, said: “Saving a pet’s life and knowing what a difference you’ve made to their owner is wonderful, especially if their pet is their sole companion. But we can’t continue our work without the help and support of the pet-loving public. PDSA receives no government or National Lottery funding, and it costs £60 million a year to fund our vital service, so every donation counts!”

How You Can Help

We’ve made it really simple to support PDSA: You can add on a donation to PDSA at our checkout when you have completed your shopping with us. And you can learn more about this amazing charity by visiting them here.

We are thrilled to welcome PDSA to the PetsPyjamas family and hope to help them in their quest to ensure a healthy, happy life for every pet  🙂

Poppy, the world’s oldest cat, has died weeks after clinching the title at the grand old age of 24 years old.

Our four-legged friends love more than a long walk – so embark on a fabulous walking holiday with your canine companion.

The Pet Inspectors at Sheepscombe House