Pets are experts at tricking us into giving them treats. Pampered pooches who enjoy a slice of ham before dinner, or maybe even a moreish moggy who loves an extra bowl of cat food or two, can dupe us humans into feeding them more than they need. Luckily, PDSA have launched a Pet Fit Club, a six-month diet and exercise programme for pets.

Rolo the Pug before and after

The sad fact is the nation’s pets are getting porkier, which is leading many to suffer from an array of health issues. In fact, 80 per cent of vets surveyed in vet charity PDSA’s Animal Wellbeing (PAW) report, believe there will be more overweight than healthy weight pets in five years’ time.

PDSA Vet Vicki Larkham-Jones, said: “We treat thousands of pets every year who have piled on the pounds and we know that many more are struggling with bulging waistlines, which is why we launched our Pet Fit Club competition. Not only to help some of the UK’s most obese pets reach their ideal weights, but to raise awareness of this important pet health issue.” 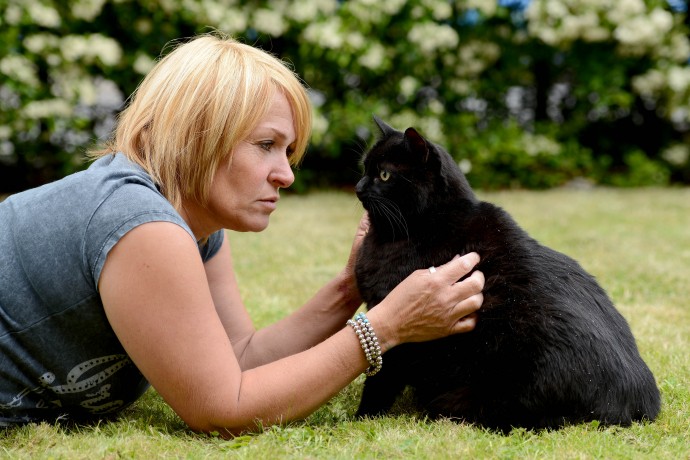 Boycus before with owner Sam Denning 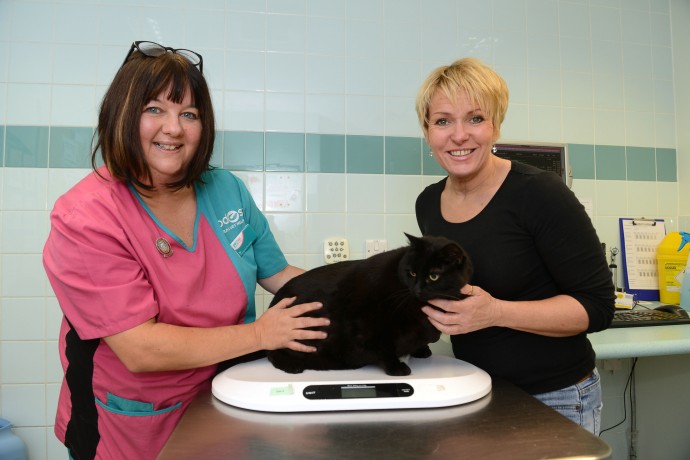 Now in its eleventh year, Pet Fit Club is a six-month diet and exercise programme, tailored and overseen by expert PDSA vets and nurses.  The charity will select up to 12 overweight dogs, cats and rabbits from across the UK to participate.

A formerly bulging Bulldog – who was so lazy she had to be bribed with ham to exercise –  was crowned ‘pet slimmer of the year’ after shedding over a quarter of her bodyweight. 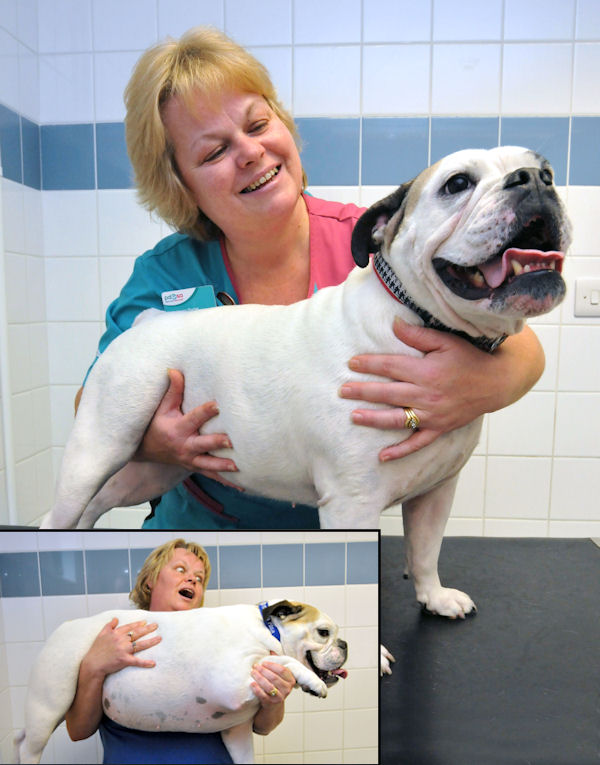 Daisy before and after with PDSA Head Nurse Steph Williams.

Diet queen Daisy, from Middlesbrough, beat off competition from huge hounds, fat cats and round rabbits, who were all battling the bulge in a bid to become PDSA’s Pet Fit Club champ.

When Daisy (8) began her diet, she had ballooned to over 28kg (4st 6lbs), making her more than 40 per cent overweight. Daisy’s passion for extra portions had caused her waistline to expand, along with her preference of hitching a ride to pounding the pavement.

Owner, Gillian Turrell, (62) had tried to help her beloved pooch to slim down – even encouraging her to go on a treadmill under her close supervision, plus walks to gradually increase Daisy’s exercise levels. But exercise wasn’t Daisy’s thing – when out walking she’d been known to jump into any available car to catch a ride home when she’s had enough – hence her family nickname ‘Lazy Daisy’. 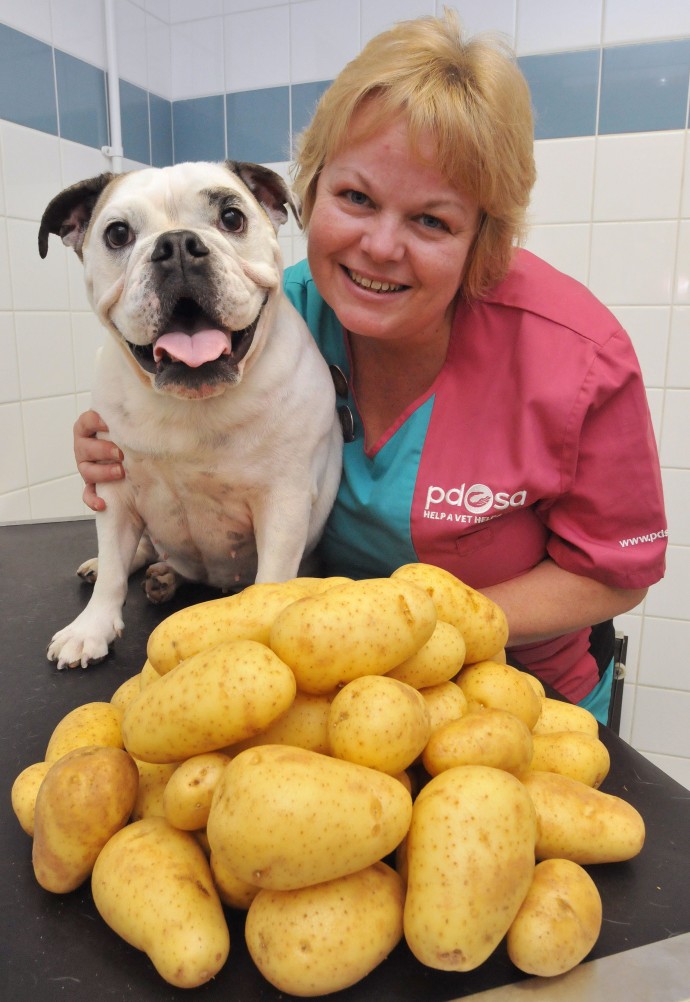 Daisy after with PDSA Head Nurse Steph Williams, the potatoes show how much weight Daisy lost!

Gillian said: “Daisy always begged for food, and has even been known to steal things out of the fridge. I also got into the habit of spoiling her with treats and titbits. The weight crept up slowly, and I didn’t notice how big she’d got.

“When I couldn’t get the car harness around her, and she was struggling to get up the stairs, I knew things had to change. I love Daisy to bits, and I want the best for her, so when I heard about PDSA’s Pet Fit Club, it was the perfect solution to helping her lose the weight.”

Daisy started the competition weighing in at a hefty 28.3kg but with PDSA’s help and Gillian’s determination, she was able to lose around 8kg in weight – meaning that she’s shed an impressive 27% of her bodyweight. 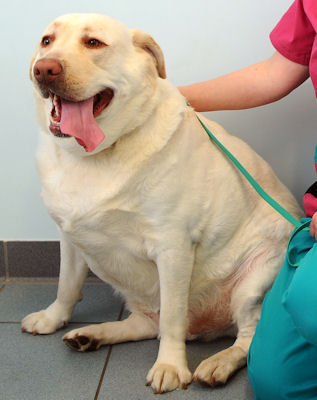 Duke the Labrador weighed 61kg but his ideal weight should be around 28-30kg. He is pictured with PDSA Vet Karen Jones at the Pet Hospital in Cardiff. © WALES NEWS SERVICE 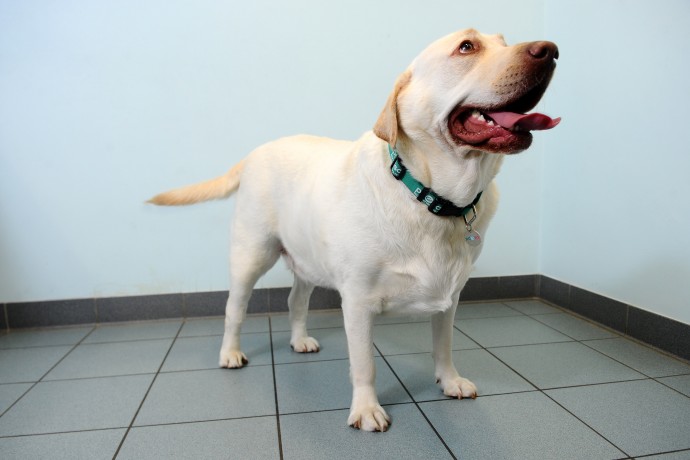 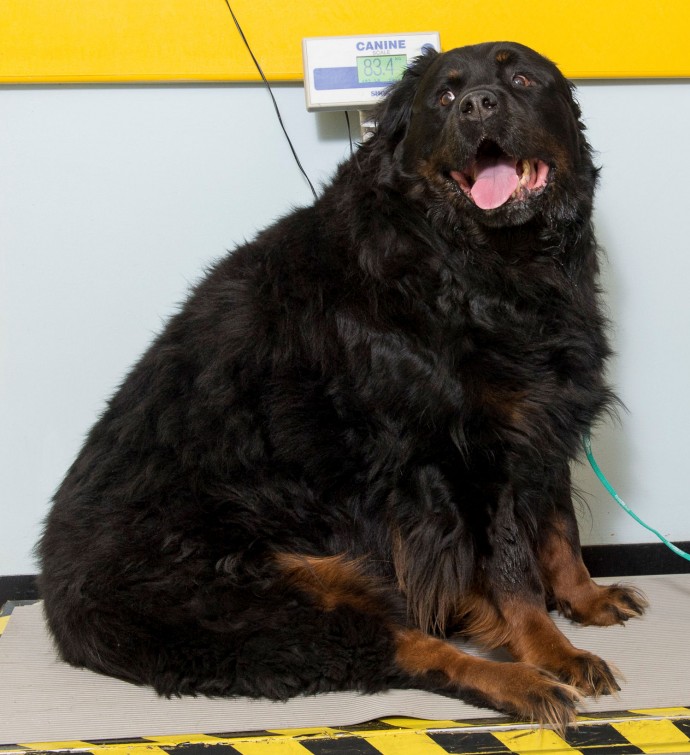 Shown is Hooch an overweight Rottweiler from Hull. He was selected as a candidate for the PDSA Pet Fit Club as he currently weighs over 80kg. Pictures © Darren Casey. 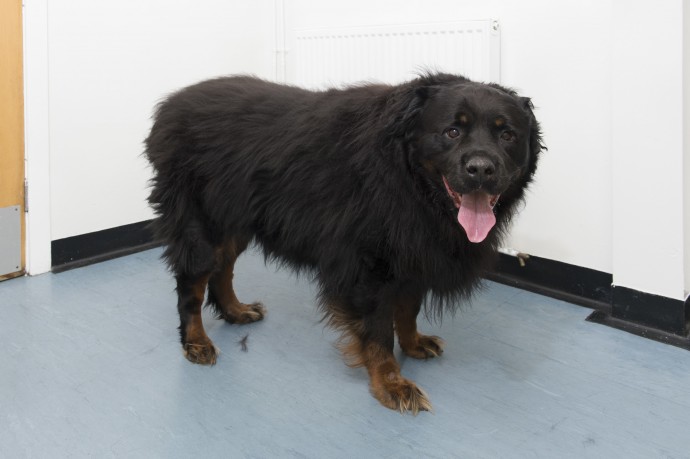 Here is Hooch at PDSA Pet Hospital Brunswick Avenue in Hull at one of his final weigh ins. Pictures © Darren Casey. 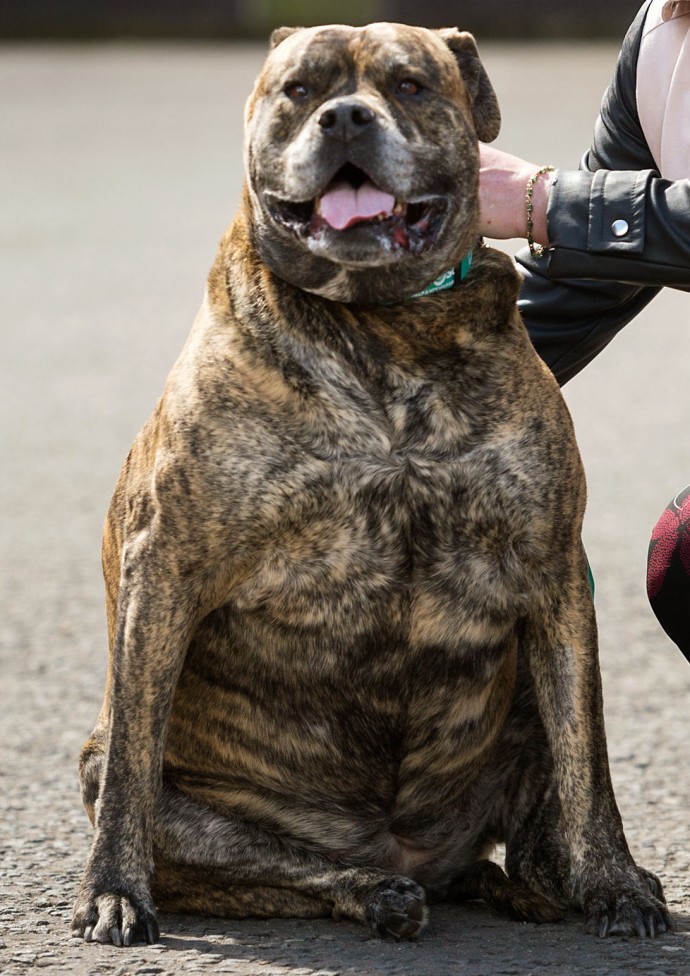 Kayla, an obese Bullmastiff with her owner Agnes Higgins, was on a strict diet as part of Pet Fit Club. © Malcolm Cochrane Photography 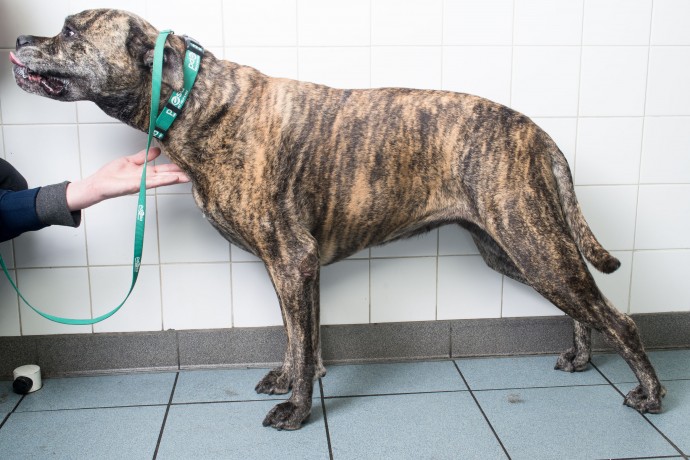 Pictured is Bullmastiff Kayla from Glasgow who with the help of the PDSA is pictured at the end of Pet Fit Club having lost almost 17kg. © Nick McGowan-Lowe 2015

If your pet is a little on the portly side, you can enter them at www.pdsa.org.uk/petfitclub. Entry forms are also available from PDSA Pet Hospitals, Shops and Pet Hut superstores nationwide.  The deadline for entries is Sunday 6 March.

PDSA is the UK’s leading veterinary charity, treating more than 470,000 pets annually across its 51 Pet Hospitals. The charity strives to improve all pets’ lives through education, preventive care and emergency treatment. For more information visit www.pdsa.org.uk.

British tennis ace Johanna Konta, who has had everyone on the edge of their seats at this year’s Wimbedon, is just one of the stars who count their dogs as their No.1 fans! Johanna counts on the support of not only her boyfriend Jackson Wade but her pet dog, Bono, a blue miniature dachshund (@bonothebluedachsund). […]

Why I love… Tonkinese Cats

Discover what makes Tonkinese cats the perfect companion and how their meow differs from the usual moggie.

Dogs dress in Halloween best to raise money for charity

Dozens of dogs dressed up for Halloween to raise money for rescue and rehoming centre, All Dogs Matter.