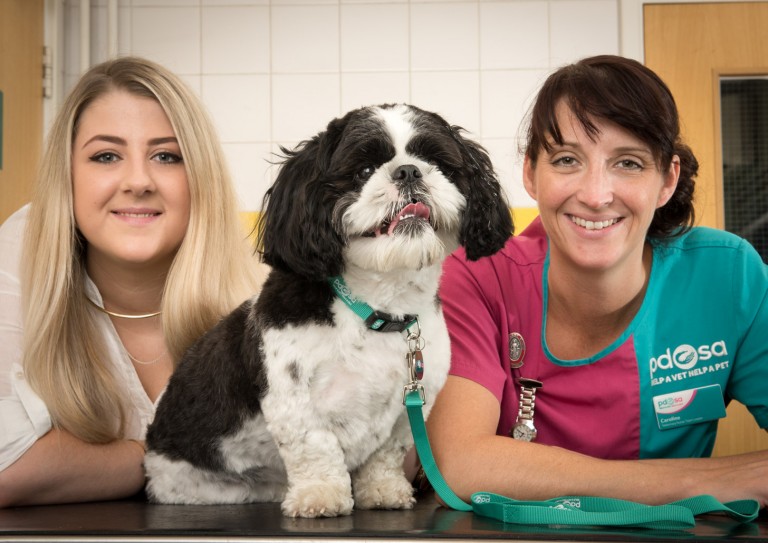 With Mother’s Day just around the corner, PDSA is offering a very special gift alternative to pet-loving mamas who would appreciate a prezzie that will make a real difference to the lives of sick and injured pets.

PDSA’s  ‘pet saving gifts’ give the opportunity to help the charity’s vets and nurses, while presenting a purrfectly packaged gift to your beloved mum!

Fancy buying your mum ‘a snip of a gift’, which helps fund the surgical scissors that are used in vital neutering operations? Or even ‘a dose of puppy love’, to help pay for injectable pain relief for PDSA pet patients? One beneficiary of such an injection was Alfie the Shih Tzu, who was rushed to PDSA’s Gateshead Pet Hospital after an unsavoury encounter…

Alfie had his life saved by PDSA vets after swallowing a whole kitchen sponge, complete with scouring pad. 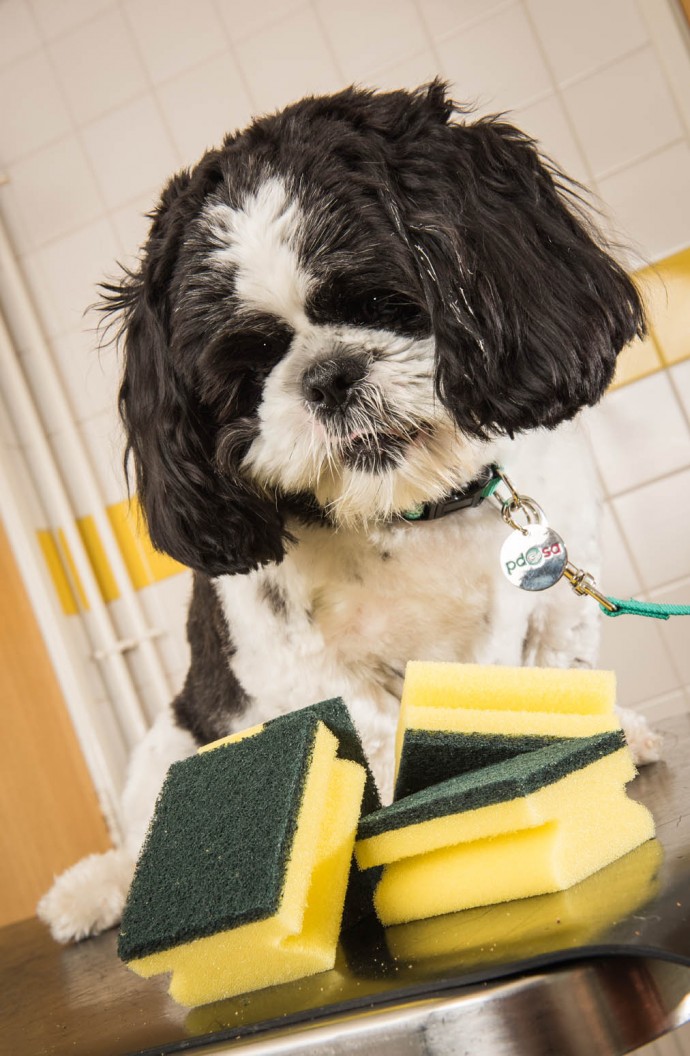 Alfie, who was 20 months old at the time of the incident, was keeping his owner Maria Bird company as she cleaned the bathroom when he swiped a clean sponge from the packet and swallowed it whole.

Little Alfie seemed fine following his foamy snack, but owner Maria knew his naughty nibbling could cause him some serious harm. 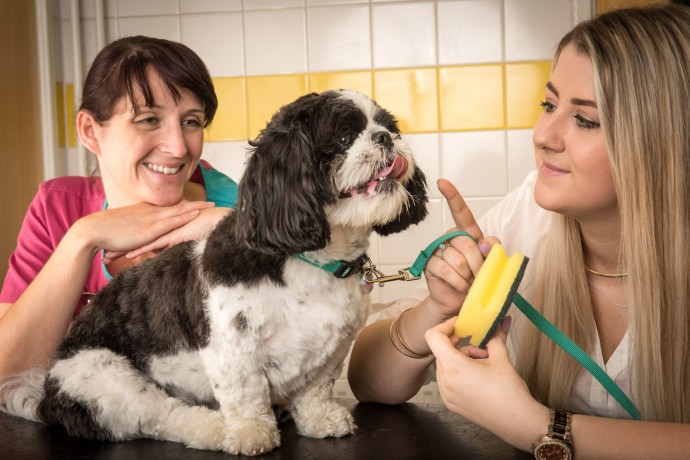 Maria (53) from Jarrow, said: “Alfie has always been a mischief-maker but I was astounded when he wolfed down the sponge in one go! He seemed absolutely fine but I knew he could be in deep trouble. I rushed him straight to PDSA where vets checked him over.”

Vet Nurse Caroline Watson was on duty at PDSA’s Gateshead Pet Hospital when Alfie was brought in. She said:

“We gave Alfie an injection to make him sick and thankfully, the medicine worked its magic quickly. Thanks to the speedy actions of Maria, Alfie avoided a far worse fate, as when pets swallow foreign bodies, they can cause tears or fatal blockages in the digestive system. 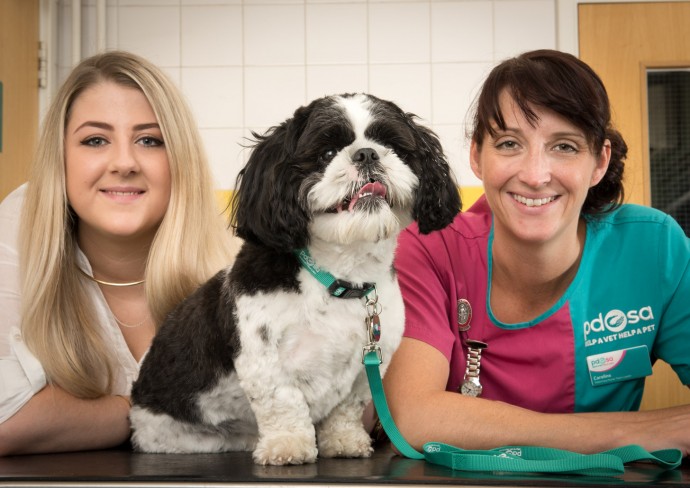 “We were amazed that such a small dog managed to swallow a sponge of that size – it can’t have been very pleasant going down or coming back up again!”

Alfie returned home shortly after his ordeal and returned to his usual self. Maria concluded: “I am so grateful to PDSA for their fast action and help with Alfie. We are keeping a close eye on him to make sure he doesn’t snaffle any other spongy treats again!”

Help a vet help a pet!

PDSA helps over 470,000 pets every year. They help treat illness and mend broken bones; vaccinate against deadly diseases, perform thousands of neutering operations that protect pets from preventable conditions such as the womb infection pyometra and testicular cancer.

PDSA only exists with the support of the public and since we learned all about the amazing work of this wonderful charity, we are keen to spread the word about how to help them.

Pet saving gifts are unlike ordinary presents. Each pet saving gift purchased – from bandages for just £5, to a day’s worth of equipment for £90 – it will help a PDSA vet help a sick or injured pet in need.