Former Gladiators star turned personal trainer and app developer, James Crossley aka Hunter, talks to us about his two dogs, Henry and Smudge, and why he is now an ambassador for the Retired Greyhound Trust… 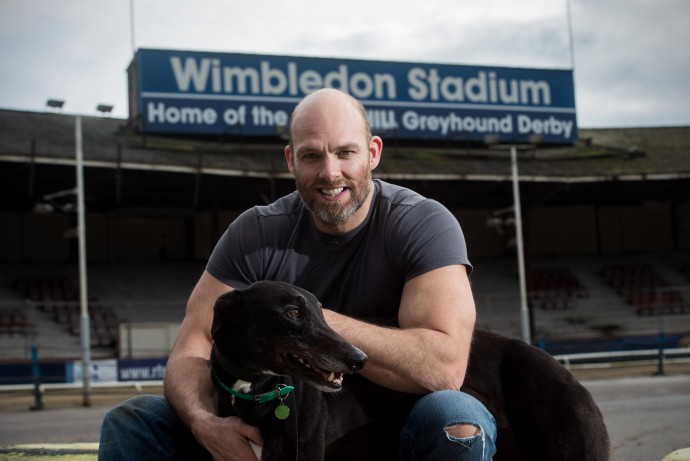 I have just launched an app, that is now compatible on the iPad, called PTin1 and is for personal trainers to run their business from. I wanted to create a platform that had all the tools a personal trainer requires whilst running a client list. I have also set up Gladiator-style boot camps in Marbella and am currently running training and fitness consultancy Chelsea Fitness from our facilities in Chelsea and Wimbledon. I am also an ambassador for the Retired Greyhound Trust.

What breed are your dogs and why did you choose them?

We have a four-year old Staffordshire Bull Terrier-cross called Henry who we rescued from Battersea Dogs & Cats Home and we also have an 8-month old Olde Tyme Bulldog called Smudge. I love Bulldogs and have always wanted the Olde Tyme breed as they seem to have less health problems than the English breed.

My girlfriend Pandora fell in love with Henry straight away. When she was walking around Battersea and passed him, his ears pricked up, and as she bent down to stroke Henry he jumped into her arms. So that was that! 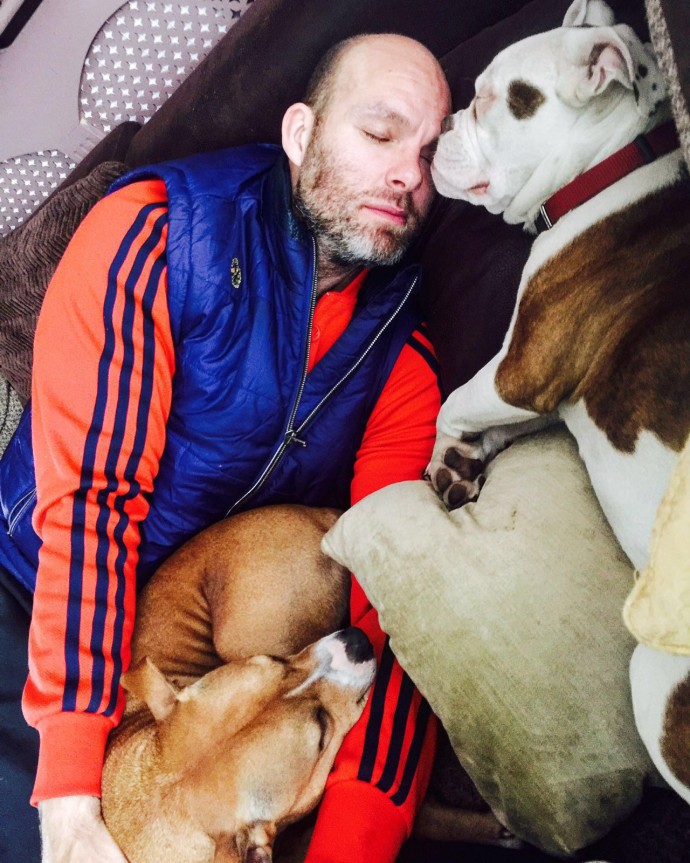 How do your friends get on with your dogs?

We have friends that just come to the house to see the dogs! It’s great when we go away as we have no shortage of volunteers to look after them. We have some friends that work at Duncan’s Doggy Daycare. It’s an amazing facility in Surrey where dogs can all play together in a forest and field. Henry and Smudge love it there so we try and drop them off once or twice a week.

How long have you had them?

We’ve had Henry for 3½ years and Smudge is a recent addition – we’ve only had her for around 3 months.

Do they come with you to work?

I am in and out of the house all day so they stay at home, however they get on brilliantly so are great company for each other.

What difference do they make to your life?

Henry is a very easy dog to live with. Smudge was tougher as she is a puppy so toilet training was needed! However, she is much better now and both are well-settled. They are very loving dogs – both are great fun to walk and play with so bring us a lot of joy.

Do you take them on holiday with you and if so where?

We recently took Henry to the Cotswolds to a dog-friendly hotel for New Year! He loved it, there were loads of different walks, new smells and lots of other dogs for him to play with.

Do they have any funny ways or have there been any funny incidents?

Henry sleeps downstairs but loves a morning cuddle. As soon as we’re awake, he’ll run upstairs, jump on the bed and go straight back to sleep between your legs! Smudge is a walking clown as she’s a puppy with a rather large body that she still needs to grow into. She’s also quite bossy with us and Henry so we have to keep reminding her of the pack order! Once she remembers though, she’ll just roll on her back for a tummy tickle.

Is there any you feel strongly about regarding pet welfare?

Yes, I recently became a patron for the Retired Greyhound Trust, a charity dedicated to helping rehome retired racing Greyhounds. They are very loving, quiet and graceful dogs that don’t need as much exercise as people assume and as ex-athletes they deserve a really nice family home to grow old in. I also work with Battersea Dogs & Cats Home because of Henry. 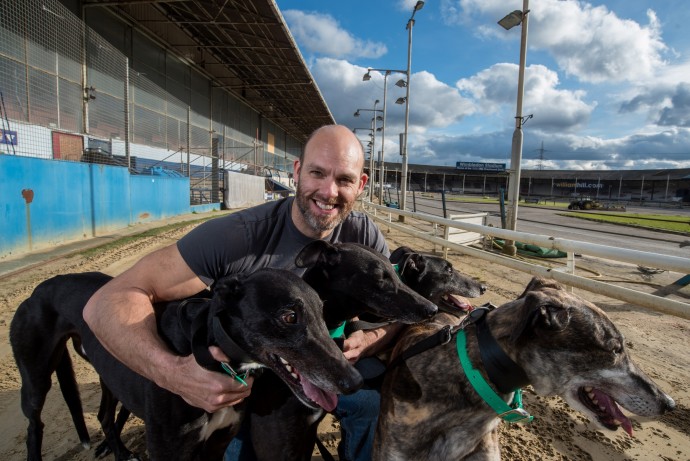 Do you take them with you to restaurants or pubs? Any favourites?

One of our local bars, Ben’s Canteen is great so we take them and there is also a dog-friendly pub called The Pig & Whistle nearby which has its own doggie menu!

Where do you exercise your dogs? Any favourite parks or places?

We live near Wimbledon, so Wimbledon Common and Wimbledon Park are great places to take them. Henry and Smudge have a group of doggie friends that they will often see on the Common – they both love to play with other dogs.

Not only has fluffy feline, Choupette, warmed the heart of Chanel Creative Director Karl Lagerfeld, she has also been the muse and inspiration behind his latest collection.

Founder of The Holistic Pet Company, vet Holly Mash shares her tips on how to keep your pet calm and safe during firework nights.