PetsPyjamas caught up with architect and part-time model Freddy Browne and his gorgeous Corgi Arthur. Arthur is quite a superstar in Fulham with a host of friends and admirers who treat him like royalty wherever he goes… 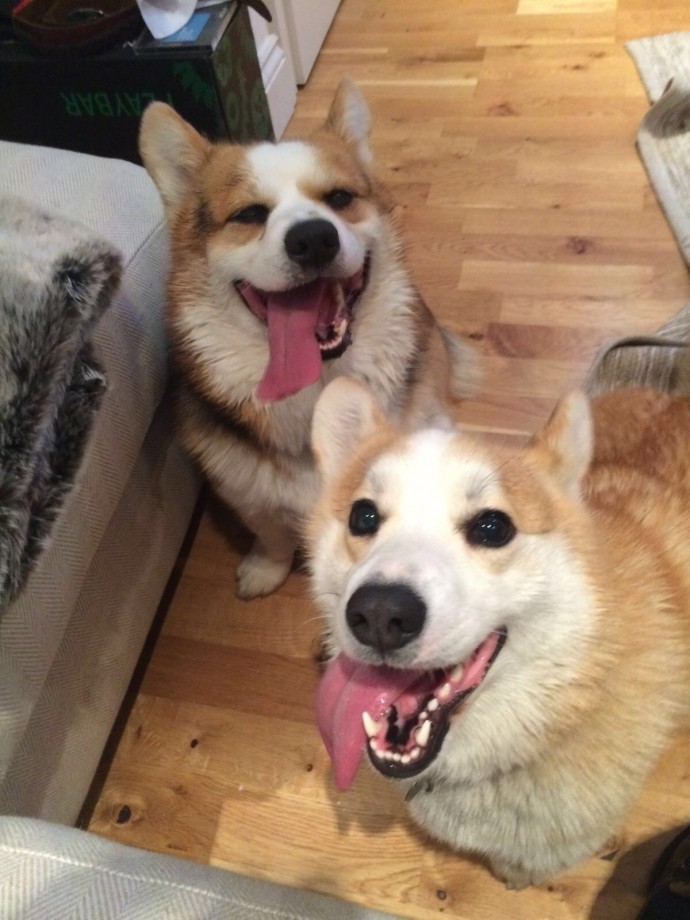 How old is Arthur and what breed is he?

Arthur is 2½ years old and he is a Pembroke Welsh Corgi.

Any particular reason you wanted a Corgi?

My friends as a kid had Corgis and since then I’ve known I’ve wanted either a Corgi, Husky, or Golden Retriever! But since seeing Arthur as a puppy (and the size of my garden), he was the only choice for me! He’s also the perfect sized dog for Fulham!

Tell us about your normal day with Arthur…

Arthur and I will wake up at 7-8am, go for a 15-minute stroll in Parsons Green. Have a coffee in Starbucks (Arthur will often try and guilt trip me into giving him some of my croissant!!). Arthur and I are both models, and I’m an architect, so job dependent, I can bring him to the office with me 4 days a week, in which case I’ll take him for an afternoon walk when I’m ‘architecting,’ (!) and if I’m modelling I’ll ‘lend’ him to my brother. On the afternoons when I walk him, he sees his turf as Hurlingham Park and Eel Brook Common and will spend 45-minutes to an hour roaming them! 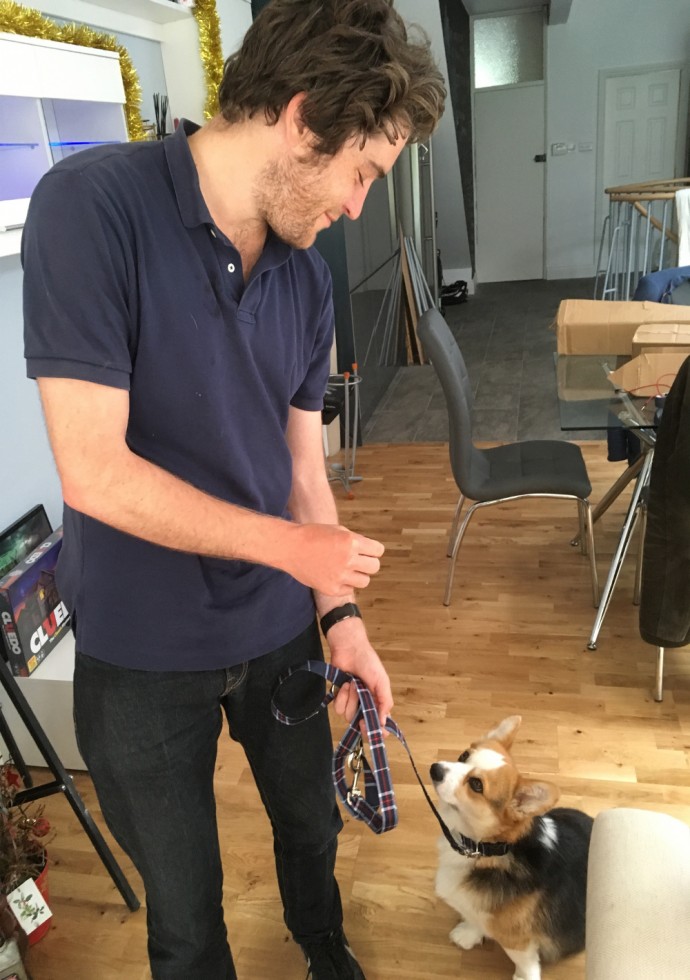 Does he have any special friends?

His best friend is Julie, a Westie owned by the lovely Veronica Zuccolo. His other BFF is a Jack Russell called Kinky owned by the lovely Danni Menzies, presenter of ‘A Place In The Sun.’ His other favoured friends are two Beagles called Dotty and Vivienne, and his favourite dog-walkers are John and Karen. He also has two special friends, Coco owned by Ashley and Charlie owned by Jackie.

Arthur LOVES Parsons Green and Eel Brook Common, equidistant from his home. After a run around he then LOVES to stop in dog-friendly pub The Duke on the Green. 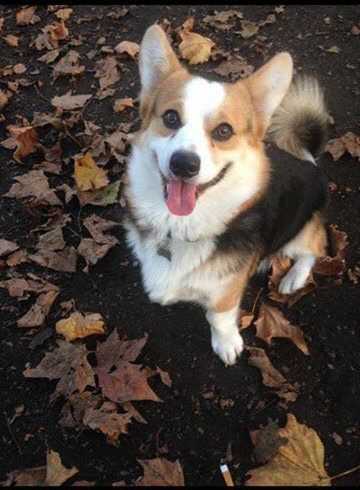 Has he been on holiday with you and where?

Arthur’s been to the Scottish Highlands and Pembrokeshire (back to his homeland). But he’s looking forward to going to our villas in Menorca – keen to make use of his doggie passport! Being of Australian origin myself, he would love to visit Rushcutters Bat, Double Bay and visit our friends from the Cruising Yacht Club of Australia!

Does he have any special tricks or naughty ways?

He’s particularly adept to doing high-fives! Every time he ‘sits’ he puts his paw up in anticipation of a treat!! Arthur’s prone to barking and biting on the lead when he gets excited on a walk. He’s a typical Corgi! Arthur also loves my brother’s shoes, he’ll often be found playing with and then hiding many pairs of them, which Tom, my brother will often find a few hours after looking for them!

Has he done any modelling?

Arthur is a model! He’s been on post-cards for Brighton, and has his ‘name on the books,’ for many companies!

What do you especially love about Arthur?

Arthur is my boy. He’s my son. He’s my baby. He’s my best friend. Like any dog, it’s the best feeling walking round with someone who is always by your side, and when you return will always jump up in anticipation of your return. Someone offered me £50,000 for him once and I said, “when you have a dog, it doesn’t matter what amount you offer me, nothing’s worth the parting of your dear friend.” Arthur loves me and I love him. 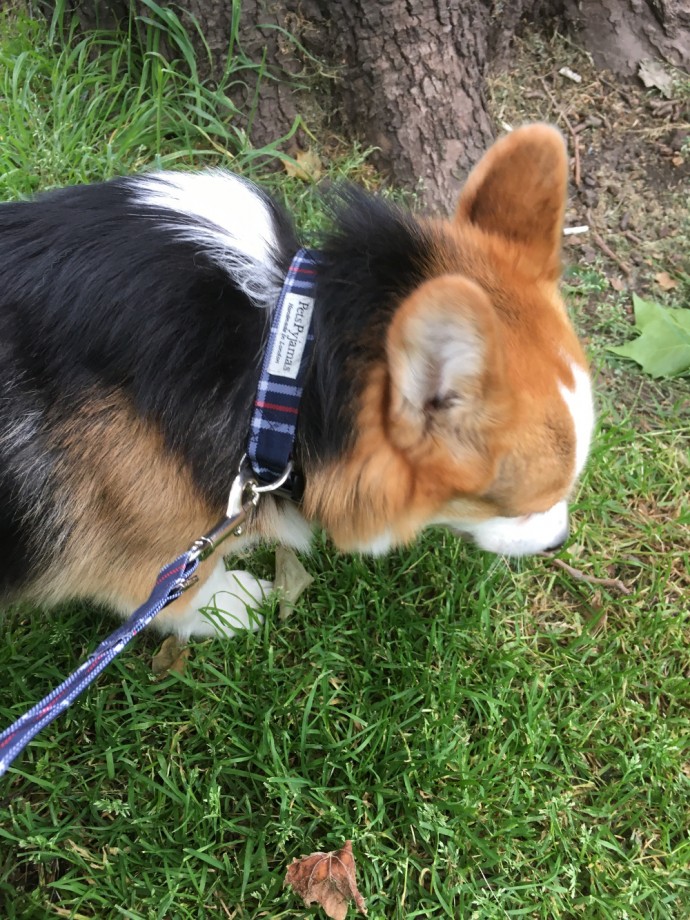 Tips for a safe & healthy Christmas with your pet

Fulham vet Sarah Ramsey, highlights potential dangers for your pet this Christmas and explains how to keep your furry friend safe and healthy.

Professor Dick White explains how the hot weather can seriously affect flat-faced dogs and what you can do to help them.