When pets visit a PDSA pet hospital it’s because their owners have fallen on hard times and have nowhere else to turn when their beloved companion is sick or injured.

PDSA is the UK’s leading vet charity. It exists to help the pets of people in need and has been doing so for almost 100 years. To provide this vital service the charity relies solely on public support as it receives no government funding.

One way to raise the funds needed to ensure this crucial service can continue, the charity offers pet saving gifts.

Pet saving gifts are unlike ordinary presents. Each pet saving gift purchased – from bandages for just £5, to a day’s worth of equipment for £90 – it will help a PDSA vet help a sick or injured pet in need. Such as, Holly, a miracle dog that cheated death thanks to PDSA vets who battled against the odds to save her.

Holly, the Border Collie, was given just a 10 per cent chance of survival when vets diagnosed her with one of the worst cases of septic peritonitis they have ever seen. Peritonitis is an inflammation of the peritoneum – the thin membrane that lines the abdominal cavity. 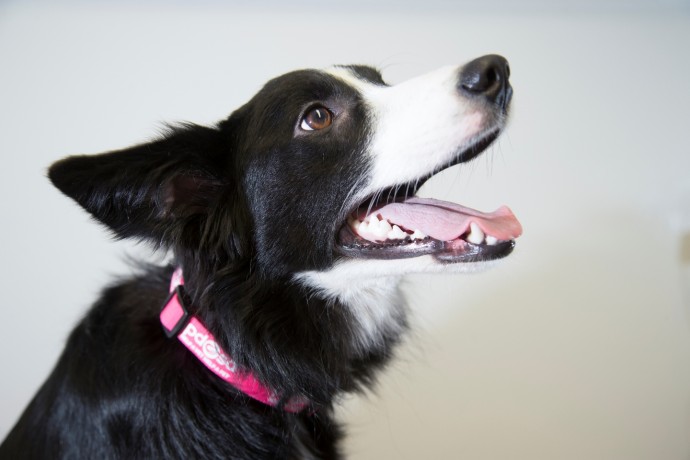 In Holly’s case it had developed into infected fluid filling her whole abdominal cavity, covering her vital organs.

The 18-month-old dog underwent three lifesaving operations and spent a week in intensive care at the vet charity’s pet hospital in Braunstone, Leicester.

Her owners, Alan and Jude Gray, from Belgrave, said they were preparing themselves for the worst after PDSA vets gave them a dire prognosis.

Alan said: “Holly had been off her food and just didn’t seem herself. Initially we thought she might have worms or something but then her stomach became swollen and we began worrying it could be more serious.

“We took her to PDSA who examined her and ran some tests which confirmed that she had a very serious infection. They warned us that her chances weren’t good and we had to prepare ourselves for the worst. We were absolutely devastated.” 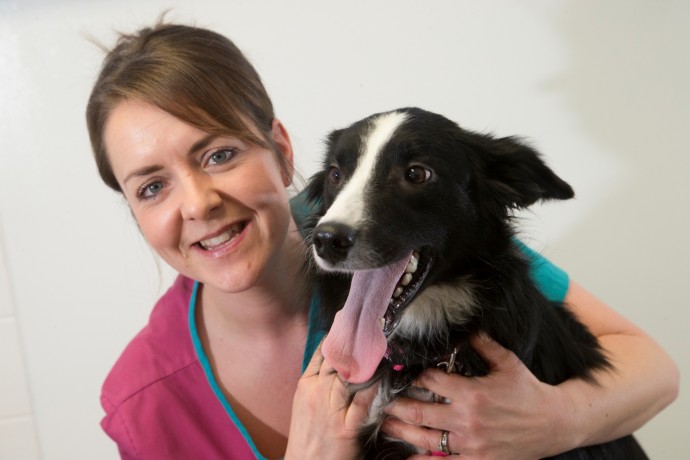 But following difficult operations which involved draining infected fluid from Holly’s abdomen, and treatment with intravenous antibiotics, she began to rally and showed major improvement over the next few days.

PDSA Senior Vet, Elly Hopkins, said: “Holly’s case was one of the worst cases of peritonitis we’ve ever seen at Leicester Pet Hospital.

“Miraculously, and against the odds, Holly has survived. But sadly many pets don’t survive this condition. Holly was lucky that she’s young and healthy, and it’s great that she’s gone on to make a full recovery.”

Alan said the family were hugely grateful to PDSA for the treatment Holly received: “I honestly don’t know what we would have done without PDSA, they have been amazing.

“Her treatment would have cost over £1,000, which we would never have been able to afford. We can’t thank them enough for saving Holly, it really is a miracle.”

Alan and Jude’s son Tim, was so moved by what happened he launched a fundraising challenge to give up alcohol to raise money for PDSA. He has already raised over £200 and is being joined in the challenge by Judy and his sister Victoria. To sponsor Tim please visit www.justgiving.com/Tim-Gray4

The Kennel Club now recognises the Jack Russell Terrier as a pedigree breed meaning they will be eligible for the showring.

Now we’ve all got a lot more spare time on our hands, what better way to spend it than to snuggle up with your furry friend and watch a heart-warming movie. To honor our beloved canine companions, we thought we’d pick out the best dog films that’ll make you hug your pooch just that little […]

Anna Halliday, owner of Hally’s cafe in Parsons Green chats about her Irish Terrier Arthur and how he loves to visit her at work.