Binge-eating boxer is saved by PDSA

A binge-eating Boxer dog created his own Great British bark-off after wolfing down the entire contents of a baking cupboard. 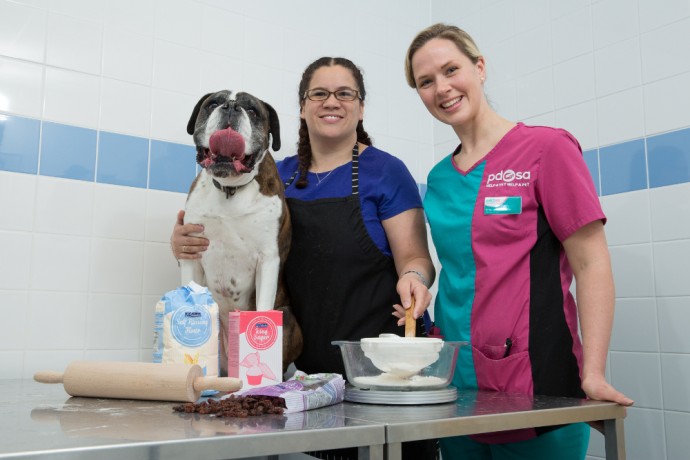 Ray, the lovable eight-year-old pooch, from Plymouth, gobbled up a bag of flour, an entire kilo of sugar (including the bag) and a packet of raisins, which can be deadly to dogs.

As soon as the kitchen crime scene was discovered, greedy Ray was rushed to Plymouth PDSA Pet Hospital by his worried owner, Jasmine Quick (36), where he was admitted for emergency treatment. 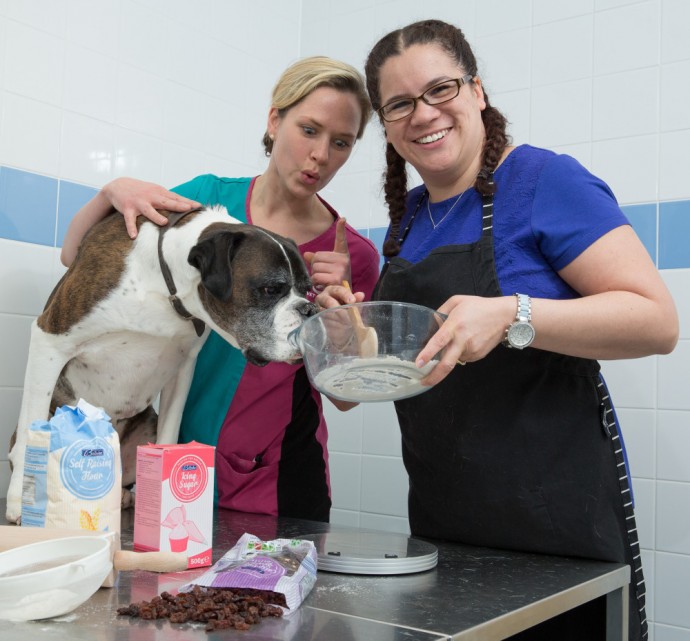 Jasmine said: “I’d been on a baking competition weekend with friends and brought the leftover ingredients home. I popped out for 20 minutes, but I returned to complete chaos – Ray was absolutely covered in flour and sugar, and was guzzling his way through the raisins.”

Jasmine called PDSA immediately as she had read that grapes were poisonous to dogs – and was advised to bring him straight in. 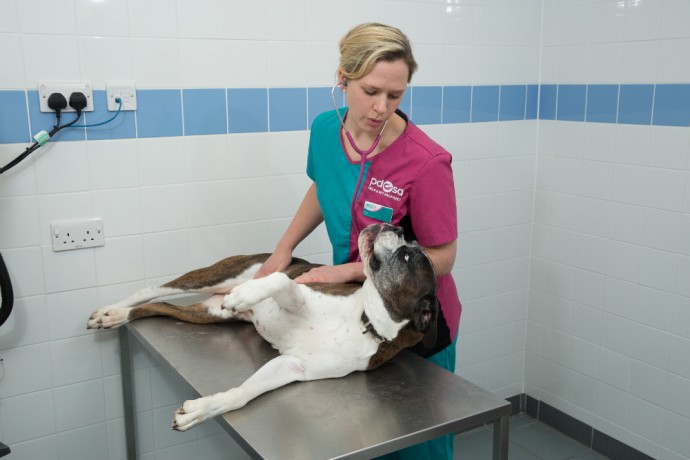 PDSA Vet Erin Beale said: “Ray was given medicine to make him sick and kept in overnight for observation. This was a potentially disastrous cocktail. Grapes, raisins and sultanas are all highly toxic to dogs and even small amounts can be fatal, depending on their size. Thankfully for Ray he got help straight away, so recovered quite quickly and was soon back to his boisterous self.”

Ray returned home the next day and the family are hugely grateful for the help they received. Jasmine, who will be keeping a close eye on Ray in the future where food is concerned, added: “PDSA have been a godsend, we gave a donation but simply couldn’t have afforded Ray’s treatment without them. 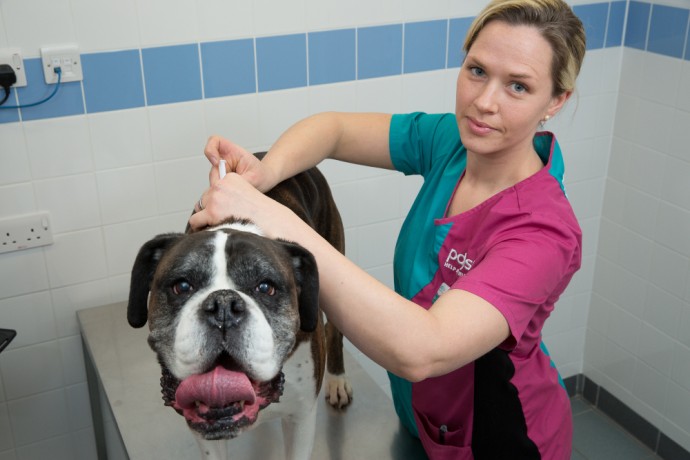 “My husband lost his job a few years ago and Ray was ill soon after, we thought we might have to give him up. It was such a difficult time and the kids were devastated – we’d had Ray since he was a puppy. Then a friend suggested PDSA might be able to help us. We can’t thank them enough for everything they’ve done for Ray.”

PDSA doesn’t receive any Government of National Lottery funding for its charitable services – they are funded entirely by generous public support. To make a donation to support PDSA’s life-saving work text PAWS to 70111 to donate £3*.

PDSA is the UK’s leading veterinary charity, treating more than 470,000 pets annually across its 51 Pet Hospitals. The charity strives to improve all pets’ lives through education, preventive care and emergency treatment. For more information visit www.pdsa.org.uk.

Introducing your dog to your horse

Heidi Zouroudis, a qualified dog trainer at Very Important Pets, shares her top tips to introducing your dog to your horse for the first time.