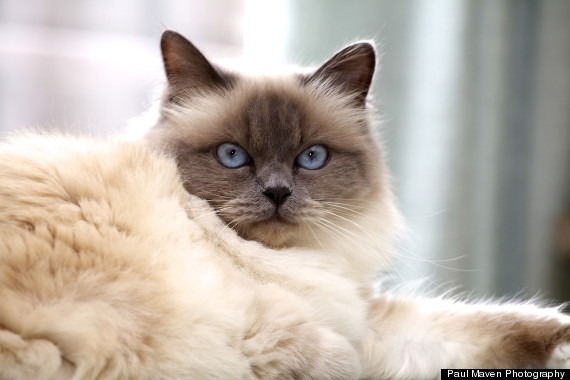 It was when Lorcan Dillon was only three years old that his mother, Jayne, suspected that he might be suffering from selective mutism, a condition that affects one in 165 children. Despite being very loud and opinionated at home, the moment Lorcan walked in to nursery, he simply couldn’t speak. After a pattern of slow progress and regression, the condition didn’t show any signs of disappearing. Alongside an inability to speak in certain social situations, Lorcan also showed difficulty experiencing empathy and expressing emotion. He disliked physical contact and had never told his parents that he loved them. Having had previous experience with autism – Lorcan’s older brother, Adam, has Asperger’s syndrome – Jayne believed that Lorcan may also be on the autistic spectrum.

Then, in September 2010, big changes occurred in the Lorcan family. Jayne’s aging cat Flo passed away, leading to the adoption of a new feline – a gorgeously fluffy Birman cat with huge blue eyes – named Jessi-Cat. Jayne states that this new cat made a huge difference straight away. Lorcan and Jessi-Cat were ‘drawn to each other’. They soon became inseparable, running around the house together and snuggling up at the end of a busy day. Lorcan even reads to Jessi-Cat, while Jessi-Cat happily comforts her new friend if she ever sees him crying. 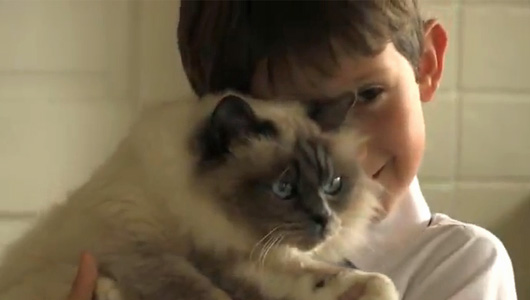 In addition to being one of the most adorable things we’ve ever heard, the relationship between Lorcan and Jessi-Cat has made a huge difference to Lorcan’s life. Jayne witnessed Lorcan saying ‘I love you’ to Jessi-Cat – a monumental moment for someone who has a difficulty expressing care and emotion. Jayne has also noticed that Lorcan now finds it significantly easier to speak to other people. ‘Lorcan has started to speak to children at school’ and ‘he’ll talk to teachers now’. The eight year old has even joined the cub scouts, and managed to give a presentation in front of his entire class. 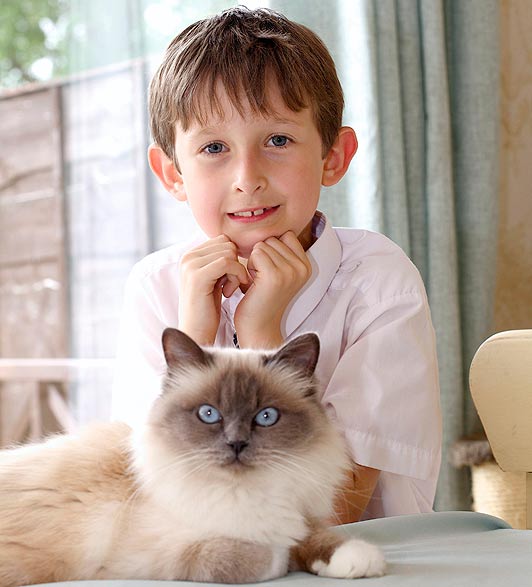 This story truly warmed our hearts here at PetsPyjamas. It’s amazing to see what a difference a pet can make, and we’re so happy to see the positive impact of adorable Jessi-Cat. To find out more about Lorcan and his feline friend,  Jayne has released a book all about the relationship. ‘Jessi-Cat’ by Jayne Dillon is out now.

Home at last! Terriers on Tour in numbers

The first ever dog-controlled washing machine has been invented to aid people with disabilities, epilepsy sufferers and children with autism.