Lucia Ferrari is a health, beauty and fitness writer who has worked for Harpers Bazaar and London’s Evening Standard. Currently reviewing all things spa orientated for London’s Savoy Magazine, she lives in London with her two children, husband and new Cavapoo puppy. In an exciting blog series, Lucia shares details of her first few weeks as a new mum to Momo…. 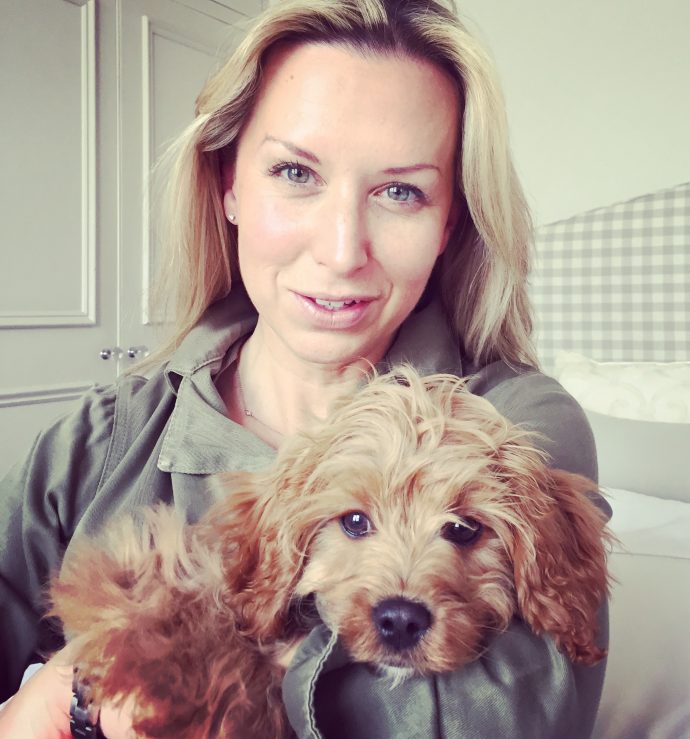 Excitement was so high the morning my husband, two children and I were collecting our eight-week old Cavapoo puppy, Momo, from Worcester. I was at the wheel and got lost even before leaving London and ended up in the Westfield Carpark (and had to purchase a ticket and pay to exit). 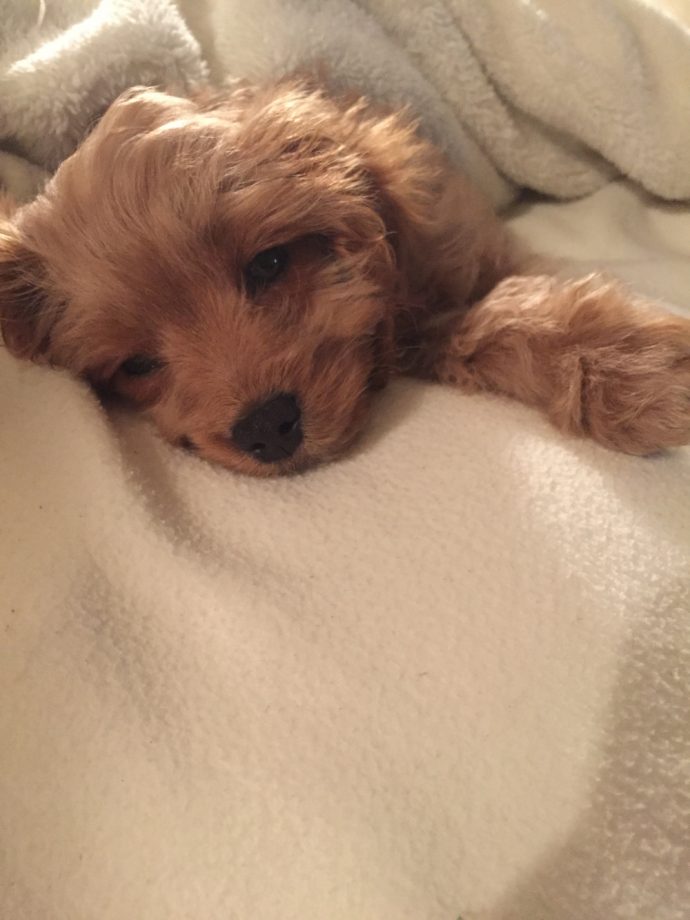 My husband took over (after substantial huffing) which at least meant I could tick-off one more time my checklist of puppy essentials – both in-car and at-home. 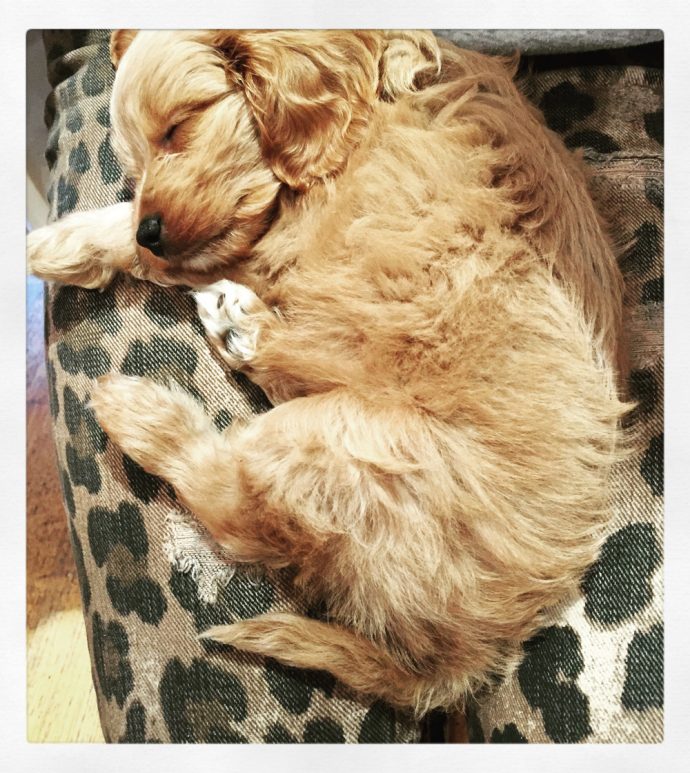 Not normally one to hold back in these situations (my husband is still horrified at the “essential” baby kit I amassed 11 years ago for our new-born son); a corner of our bedroom once again joyously looked like a mini pop-up of Princess Catherine’s favourite Nursery Window in Walton Street: dove grey and ivory sheepskin dog blankets, caramel coloured suede chew toys, cashmere-soft fluffy sheep plus a selection of monogrammed pet blankets and quick-dry pet towels. And don’t even get me started on the dog leads (I think about seven) and co-ordinating dog collars (would chocolate or pale grey look better with Momo’s apricot fur?).

It had taken my children and I 10 years to persuade my husband we needed a dog so understandably pre-puppy purchasing had reached explosive levels. 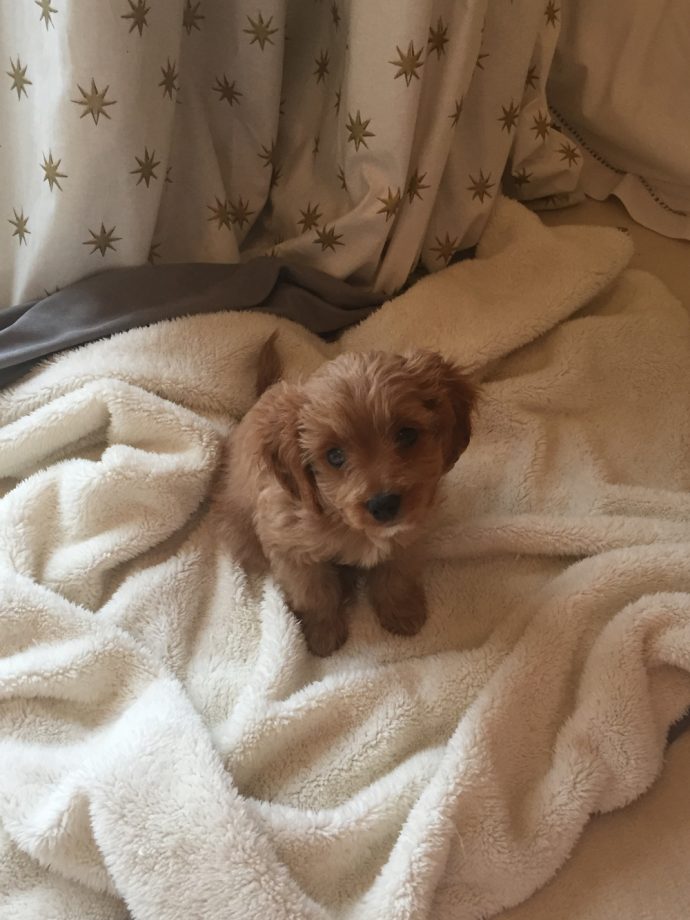 Feeling like I was being driven to the Lindo Wing for a C-Section, I began antenatal shallow breathing when we hit traffic on the M3. All nerves however melted away as darling little Momo snuggled up with us on the journey home about to begin his new life in London. 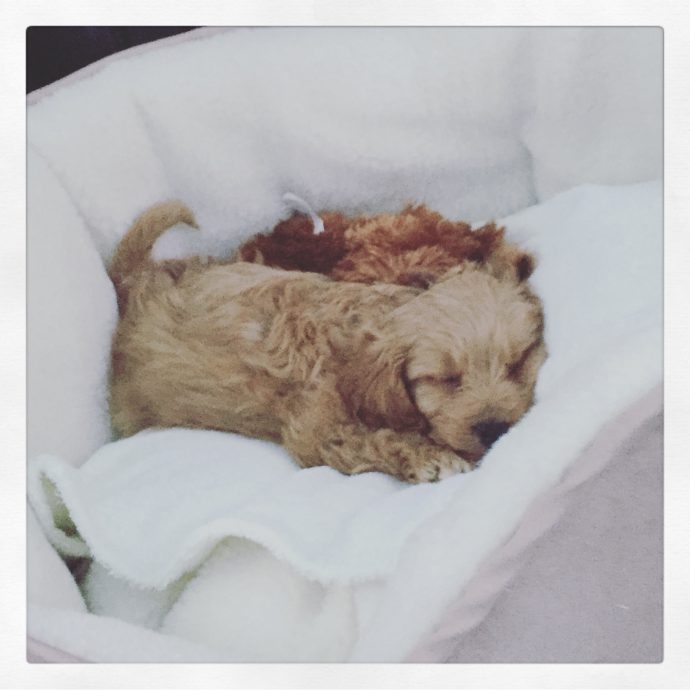 Behaving much better than any of my children, Momo slept through the night from day one (possibly thanks to Nonna’s mini hot-water bottle tucked underneath one of the lambs wool blankets in his crate) and a couple of months down the line (fingers crossed), he is still doing so.

The early housebound days pre-vaccinations coincided with Christmas and so it was with much fanfare (and difficult dog lead selection choices) that we finally ventured out for Momo’s first walk. 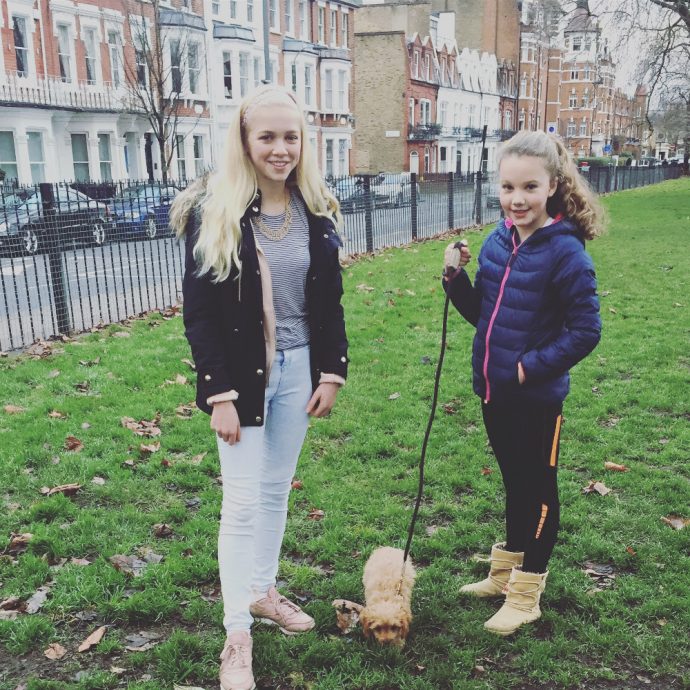 My daughter and her friend, Tatum, were in charge (more or less carrying) Momo to our local Hurlingham Park for a five-minute sniff around. Discovering that the Rugby Six Nations’ Captains were at a Press Conference round the corner in the Hurlingham Club, my husband (born in Wales) insisted on extending the walk. 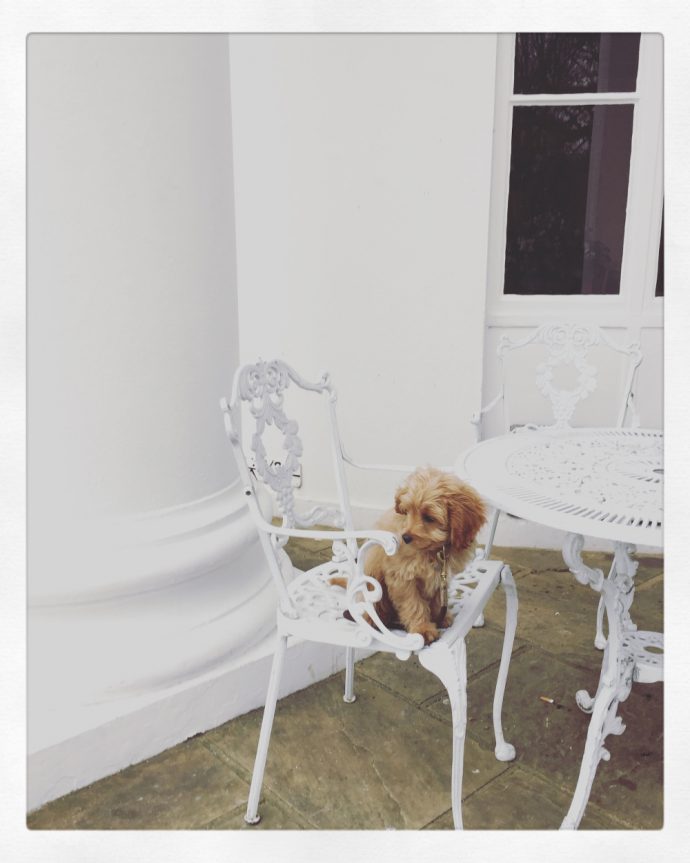 A cup of tea and a scone later, Momo found himself in the (substantial) arms of Carys Phillips, Captain of the Welsh Women’s Six Nations Rugby Team. And I must say, Momo definitely held his own. My husband was won over. Momo may be fluffy but was fearless in the face of rugby. He wished we’d got a dog sooner. 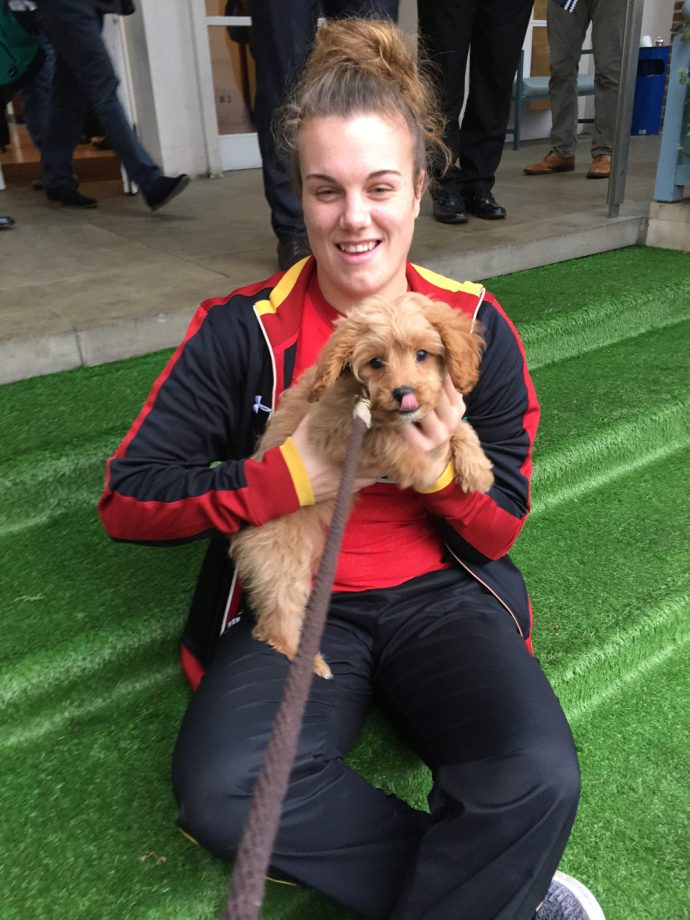 Launching our three day doggie extravaganza, celebs and their pooches were out in force to celebrate all things canine.

5 ways your pet’s diet can impact their health

Diet can have an enormous impact on the well-being of your pet so discover what you can do to keep them healthy.

Now we’ve all got a lot more spare time on our hands, what better way to spend it than to snuggle up with your furry friend and watch a heart-warming movie. To honor our beloved canine companions, we thought we’d pick out the best dog films that’ll make you hug your pooch just that little […]