Blogger of Madeleine Loves and freelance writer, Madeleine Spencer has recently adopted her Beagle Pointer cross, Monty from Cyprus! So we caught up to find out how he’s enjoying his new forever home… 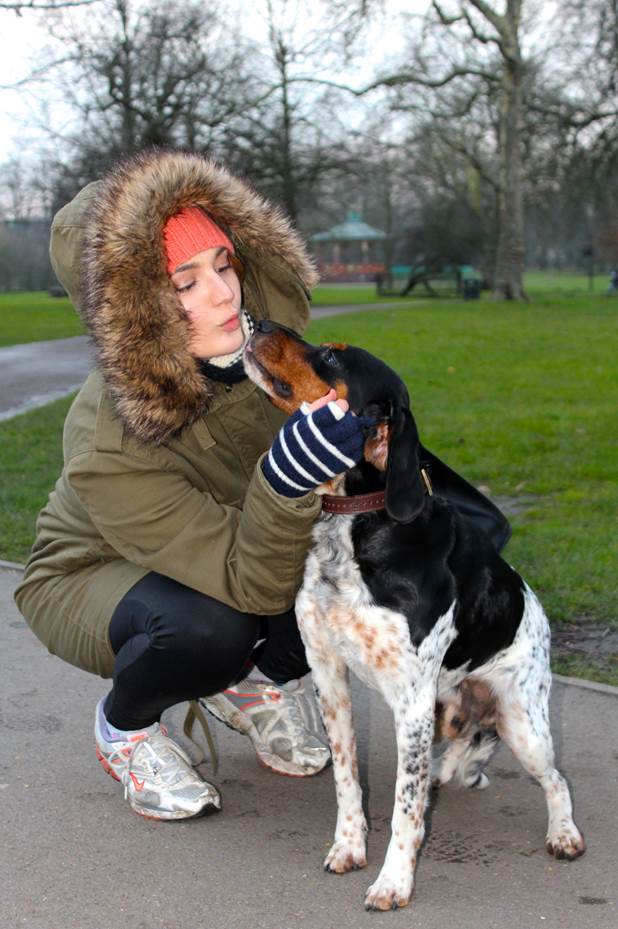 I am working on articles on beauty and travel for a couple of magazines as well as a bunch of new videos for Marie Claire. Oh – and my blog – that’s always on the go!

What breed is your dog and why did you choose them?

Monty is a Beagle Pointer cross. It was more a case of him choosing us – we got him from the Wild At Heart Foundation and as soon as we saw his huge sad eyes gazing out of the computer screen and read his back story (Monty is a rescue dog and had almost starved to death in Cyprus), we were sold. 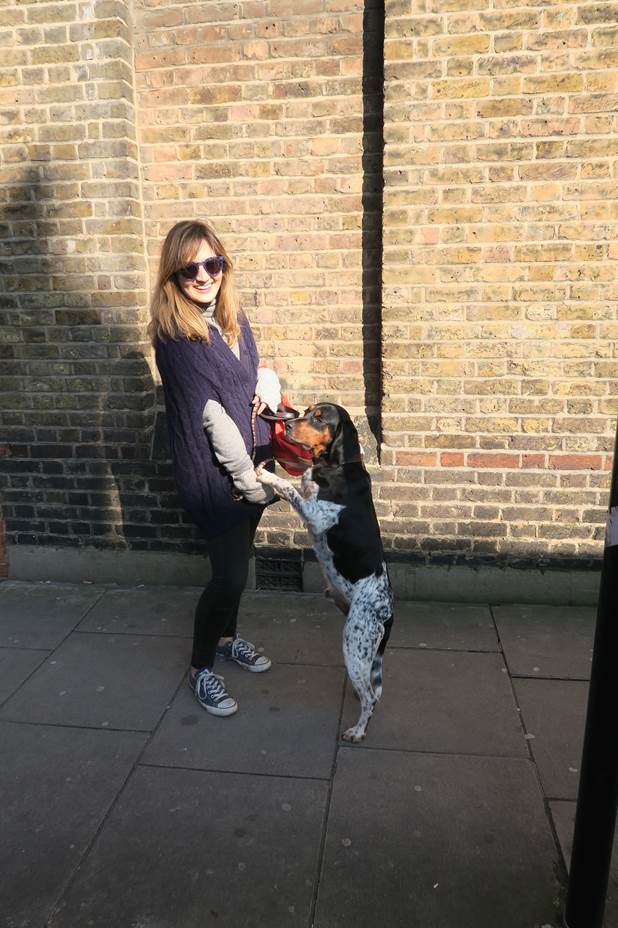 How do your friends get on with your dog?

They love him – he is exceptionally easy going and friendly which makes bonding with him no work at all! He’s especially good with children – they love stroking his floppy ears.

How long have you had Monty?

We’ve had him for three months.

I’m afraid he’s not allowed in the studio (more’s the pity!) but he comes with me to the odd meeting if we’re having it in a dog-friendly place. He’d clearly been told not to climb steps as a puppy and used to cower when we tried to encourage him up them but once he’d navigated them confidently getting him up and down steps to the tube was easy. 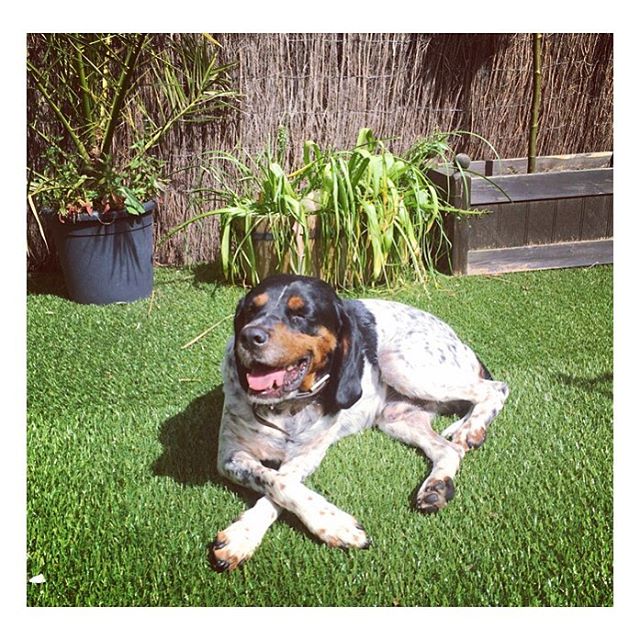 What difference has he made to your life?

Do you take Monty on holiday with you and if so where?

We haven’t yet but I’ll have to have a thumb through your dog-friendly holidays section – we’re hoping to introduce him to the sea in Devon or Cornwall soon!

Does Monty have any funny ways or have there been any funny incidents?

When we took him, we received lots of messages from his carers about his ‘human’ nature but we’re quite sure what to make of it. Now we know: he loves to walk on his two hind legs so he can rest his front paw on your arm and tries to communicate through food, sitting dolefully by his bowl when he’s hungry. He also goes on treat strikes if he’s sad – I recently went to Greece for ten days and my husband told me that while he’d eaten all of his normal food, he’d refused his beloved chewing sticks for the duration of my absence. As soon as I got back, he resumed happily wolfing them down. 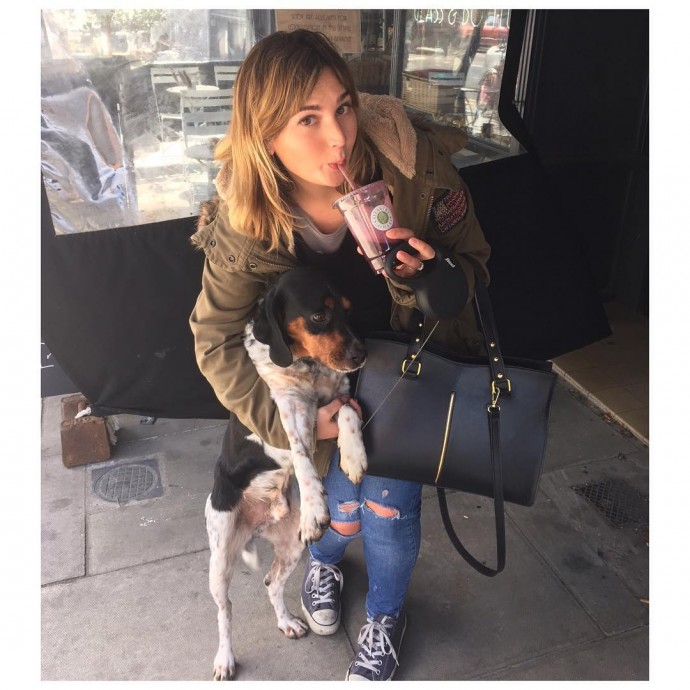 Is there any reason you feel strongly about regarding pet welfare?

It’s a combination of reasons really – animals, like children, are vulnerable and as such are easily mistreated. If an animal is adopted, it is the owner’s responsibility to the pet – and to the public – to make sure it is well cared for and as integrated and happy as possible.

Do you take him with you to restaurants or pubs? Any favourites?

We do! We love The Salisbury on Salisbury Road, where the bartenders bring him a bowl of water and bone before we’ve managed to order drinks! We also take him to the Chiltern Firehouse for lunch and, of course, to my Dad’s restaurant Tiroler Hut for dinner. 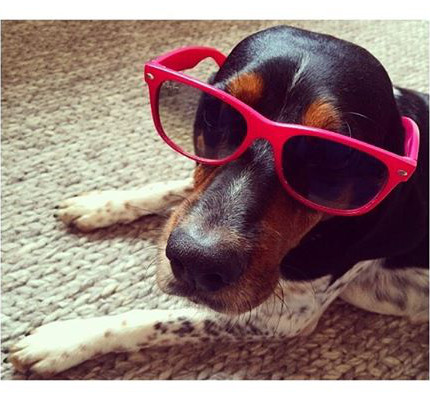 Where do you exercise Monty? Any favourite parks or places?

He loves – and needs – a good run twice daily. We tend to go to Queen’s Park or Hyde Park, though he needs to stay on the lead on the former so if we’re running there that’s exercise for us, too! Last weekend he went to Hampstead Heath and loved dashing around on the green.

Doggy Sunday at the Gaucho, London

Me & My Pet: Tessa Packard

This week we chat to top jewellery designer, Tessa Packard, about life with her adorable Miniature wire-haired Dachshund, Smartie, and why she makes work such a happy place. Tessa creates gorgeous original pieces inspired by her travels to far-flung parts, with storytelling at its heart. We love her new explorer pendants as well as her […]

Do Dogs Need Holidays? The Benefits of Dog-friendly Travel

Our doggies need a break just as much as we do! Here’s what a dog-friendly holiday can do for your pooch.