After losing his back legs shortly after birth – two-legged kitten Cassidy, spent the first nine weeks of his life living alone in a forest searching for food and water. 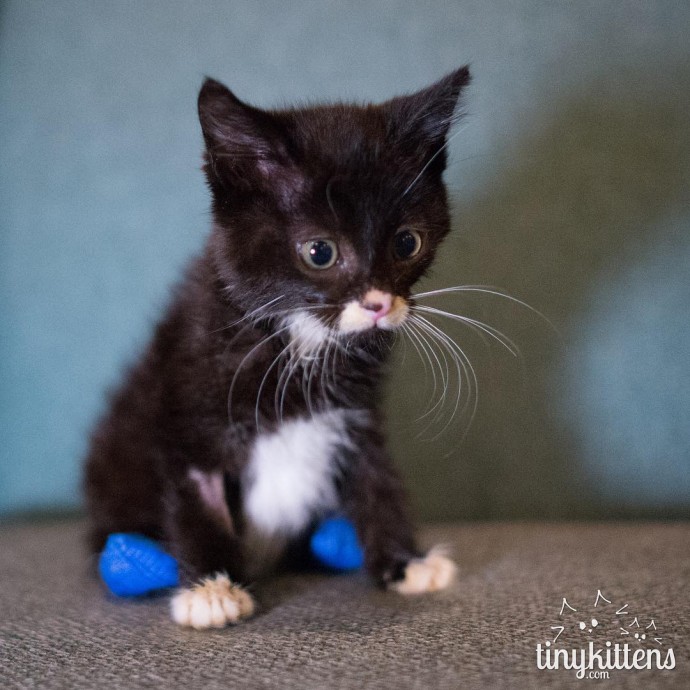 Luckily the tiny kitten was found and brought to the TinyKittens Society, however he was in very bad shape. 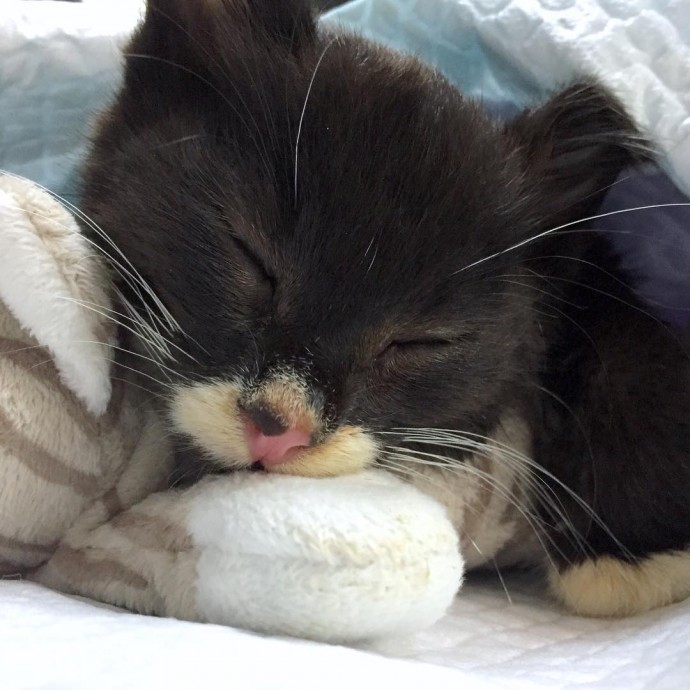 Cassidy – who was named after fictional cowboy Hopalong Cassidy – was emaciated having nearly starved to death and had a septic E. coli infection in both of his stumps. 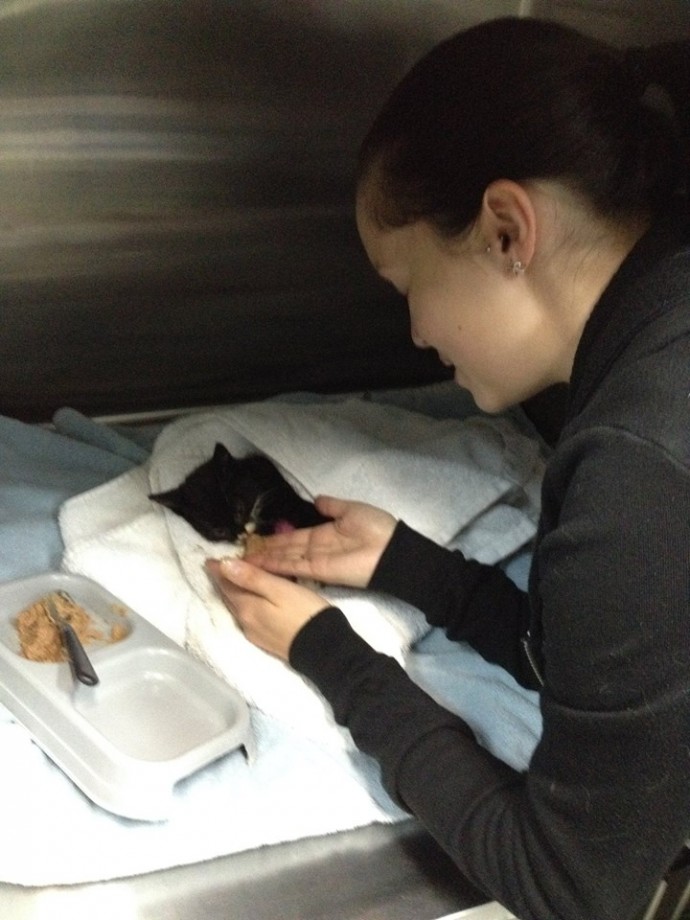 Shelly Roche, owner of TinyKittens said, “He needed meds, fluids and syringe feeding every few hours around the clock for the first week. I had to learn how to manually express his bladder because he couldn’t go to the bathroom by himself for the first few days. He pees like a champ now, though!”

Over three weeks later, Cassidy is a healthy and happy kitten with his only hurdle now being mobility. 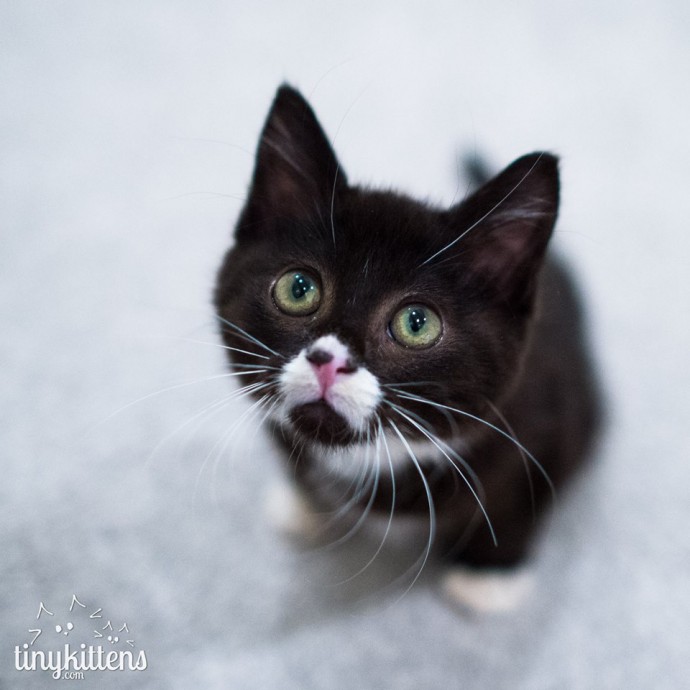 Cassidy’s recovery had been live-streamed on the TinyKittens website and has since gained such a following, the brave kitty had a wheelchair custom-built for him by Handicapped Pets Canada as well as two others from fans. 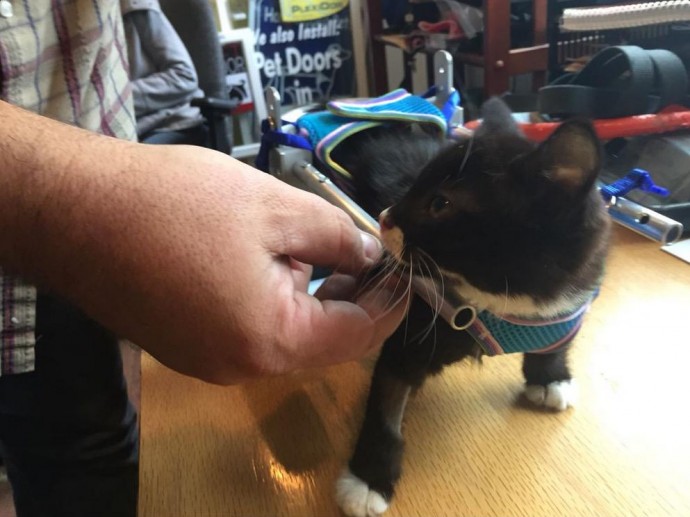 “We’re hoping eventually to get him implants or prosthetics and maybe he won’t need a wheelchair at all!” Roche said. “Right now it’s awesome that he can zoom around and have some independence in the wheelchairs.”

“He’s going to get the best home ever,” Roche said. “He had such a dreadful start in life, and I promised him that first day he would only know love, happiness, and a full belly from then on.”

Check out three of our favourite pet friendly hotels…

Poppy, the world’s oldest cat, has died weeks after clinching the title at the grand old age of 24 years old.

Plan a winter dog-friendly break and long walks with your pet, but be prepared with the latest country style pet accessories and country-style tweed toys.